10:10, 14 February 2018
World
367 0
The Syrian government has repeatedly denied using chemical weapons and said it targets only armed rebels and militants. 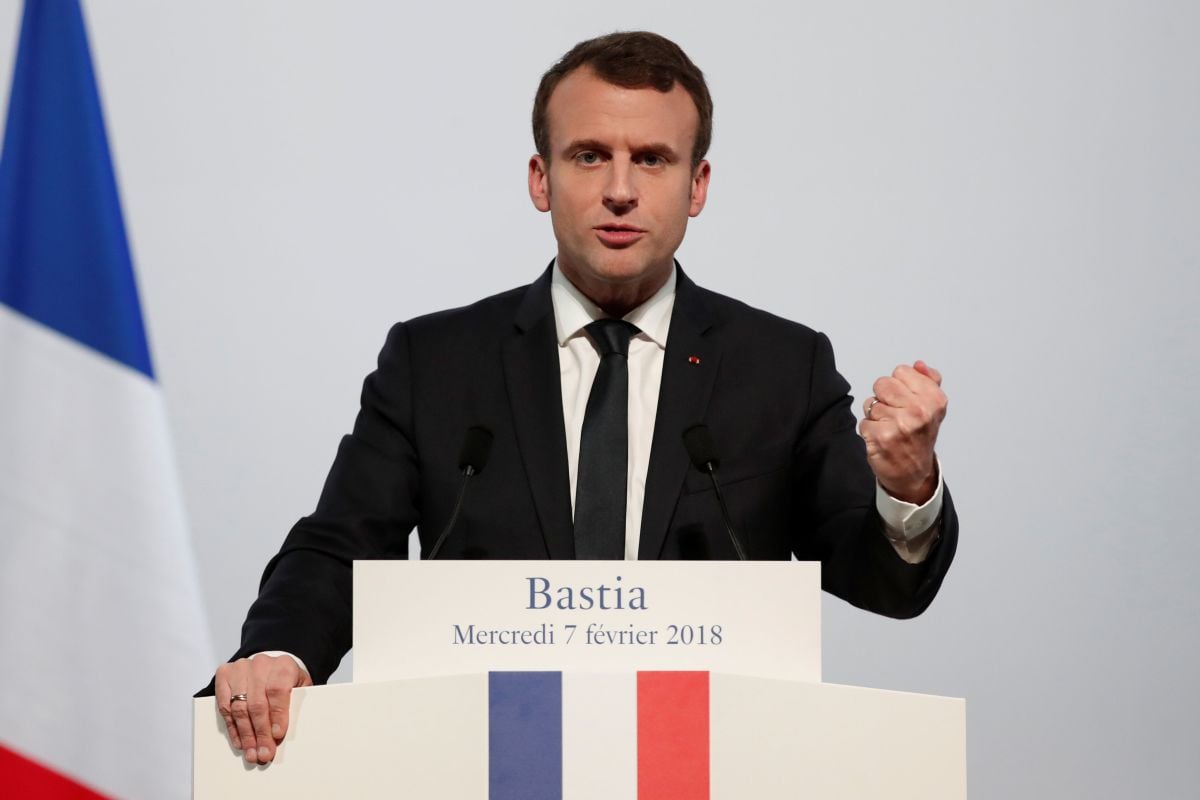 President Emmanuel Macron said on Tuesday that "France will strike" if chemical weapons are used against civilians in the Syrian conflict in violation of international treaties, but that he had not yet seen proof this was the case.

Macron said last May that the use of chemical weapons would represent a "red line". In a telephone call with Russian President Vladimir Putin on Friday expressed concern over signs that chlorine bombs had been used against civilians in Syria, as reported by Reuters.

"On chemical weapons, I set a red line and I reaffirm that red line," Macron told reporters. "If we have proven evidence that chemical weapons proscribed in treaties are used, we will strike the place where they are made."

"Today, our agencies, our armed forces have not established that chemical weapons, as set out in treaties, have been used against the civilian population."

The Syrian government has repeatedly denied using chemical weapons and said it targets only armed rebels and militants.

Read alsoRussia, Assad bomb 20 towns in Syria, use chemical arms – mediaLast week was one of the bloodiest in the Syrian conflict as Syrian government forces, who are backed by Russia and Iran, bombarded two of the last major rebel areas of Syria – Eastern Ghouta near Damascus and the northwestern province of Idlib.

Diplomatic efforts have made scant progress toward ending a war now approaching its eighth year, which has killed hundreds of thousands of people and forced half the pre-war Syrian population of 23 million from their homes.

Syria signed the international treaty banning chemical weapons and allowed monitors to destroy its poison gas arsenal after an agreement reached in 2013 to avert U.S. retaliation for what Washington said was a nerve gas attack near Damascus that killed more than 1000 people. Washington again accused Syria of using nerve gas last year and struck Syrian targets.

In recent weeks, rescue workers, aid groups and the United States have accused Syria of repeatedly using chlorine gas, which it possesses legally for uses such as water purification, as a chemical weapon against civilians in Ghouta and Idlib.

France, a permanent member of the U.N. Security Council, has struggled to wield influence on Syria. Critics who accuse Macron of inaction say he has not given a clear definition of whether use of chlorine would for him constitute a chemical attack.

On Tuesday, the vice-president of the Syria Civil Defence, or "White Helmets", volunteer force said France should stop talking and take real action.

France and the United Nations have repeatedly called in past months for a ceasefire and the opening of aid corridors to alleviate Syria's humanitarian crisis. Russia, Assad's most powerful ally, said last week a ceasefire was not realistic.

If you see a spelling error on our site, select it and press Ctrl+Enter
Tags: #Syria#France#strike#Macron#chemicalweapons
Latest news