Widow of Russian mercenary killed in Syria: 'They were thrown into battle like pigs' – media

According to Matveyeva, at least 30 others from Sverdlovsk fought alongside her husband in Syria, including nine from Asbest. 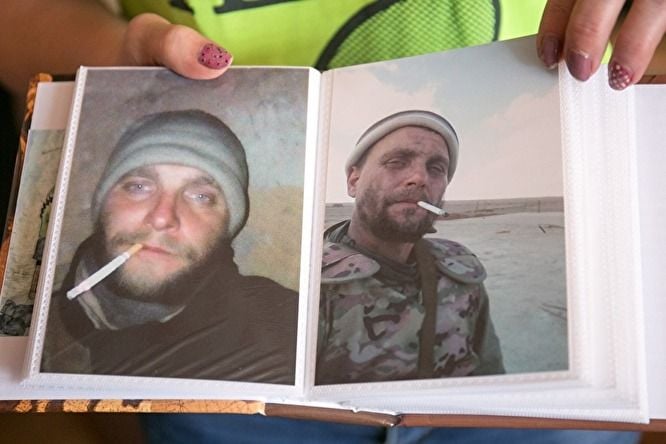 Yelena Matveyeva was eagerly awaiting what she hoped would be her husband's return to Russia from Syria, where he had been allegedly fighting for months as a mercenary alongside forces loyal to Syrian President Bashar al-Assad.

Spirits buoyed that he could be home in weeks, she decided to buy a new dress. While in a store in Asbest, their hometown in Russia's Sverdlovsk region, east of Moscow, she got a call from a friend, Radio Liberty wrote.

Matveyeva said her friend asked her if she had heard anything from her husband or Igor Kosoturov, another military contractor from Asbest. "I said, 'I haven't been able to call him for three days,'" Matveyeva recounts. "Literally, in a minute he calls me back and says, 'Stasa [her husband Stanislav] and Igor are dead.'"

Both are suspected of having been killed when the U.S.-led coalition targeted pro-Syrian government forces with air and artillery strikes in Syria's Deir al-Zor Province on February 7.

There are conflicting reports on the number killed, with as many as 200 cited by Bloomberg, the first agency to break the story.

What seemed clearer was that many of the fatalities were Russians, not officially in the service of the Russian armed forces, but working as military contractors.

Russian officials either refused to confirm or flatly rejected that any Russians were killed in the February 7 strikes. A Russian Foreign Ministry source said on February 14 that such reports were nothing more than "classic disinformation."

But many are skeptical – to say the least – of such official denials, least of all Matveyeva and other wives and relatives of Russian contract soldiers who may have been killed in Deir al-Zor.

According to Matveyeva, at least 30 others from Sverdlovsk fought alongside her husband in Syria, including nine from Asbest.

Matveyeva says her husband's parents have heard nothing about the fate of their son. They also do not know where he was inside Syria, she explains, saying all they have are some recent photos of him apparently taken there.

Matveyeva says she is not thinking about compensation and hasn't even told their two children what has likely happened to their father. What she does want is for Russian authorities to release his body – if he was indeed killed – and to admit that he died fighting in Syria.

"I would like, first of all, that everyone knows about my husband. Not only him but all the guys who died there for no reason. It's all crazy. Wherever they sent them, there was no defense. They just threw them into battle like pigs," she contends. "The government should avenge them somehow. There should be something in their memory so that the wives won't be ashamed of their husbands and their children can be proud."

Yelena shows reporters a video sent to her by the wife of another Russian mercenary reportedly killed in Deir al-Zor on February 7. She's convinced it shows the U.S. air strikes that hit her husband's convoy.

However, closer inspection suggests it is from a 2015 promotional for a video game called AC-130 Gunship Simulator: Special Op Squadron.

The video pops up on YouTube from time to time as genuine combat footage and even the Russian Defense Ministry passed it off in November 2017 as "irrefutable evidence" of alleged U.S. help for extremist Islamic State militants in Syria.

Matveyeva shows to reporters a Cross of St. George she says her husband received while fighting in eastern Ukraine, where a conflict between Russia-backed separatists and Ukrainian forces has left more than 10,300 dead since April 2014.

He was awarded it, an accompanying document from the Union of Cossack Fighters says, for "bravery and heroism in defending the Russian-speaking population of Novorossia."

She recalls that after her husband returned from Donbas – the eastern Ukrainian regions of Luhansk and Donetsk – he worked renovating apartments before heading for Syria in September 2017.

Matveyeva says her husband rarely, if ever, talked about his time in eastern Ukraine or Syria. "If someone died, he would take care of the funerals, and I would be the last one to know," she says.

If you see a spelling error on our site, select it and press Ctrl+Enter
Tags:RussiaSyriamercenaries