Well-known French actress Brigitte Bardot, who deals with protection of animals’ rights, wrote a new open letter to President of Ukraine Victor Yanukovych where she asks him to interfere in the situation connected with murders of homeless animals in Ukraine.

Late in November last year Brigitte Bardot wrote an open letter to V. Yanukovych where she expressed her indignation at cruel treatment of homeless animals in Ukraine and asked the President to interfere in this situation. 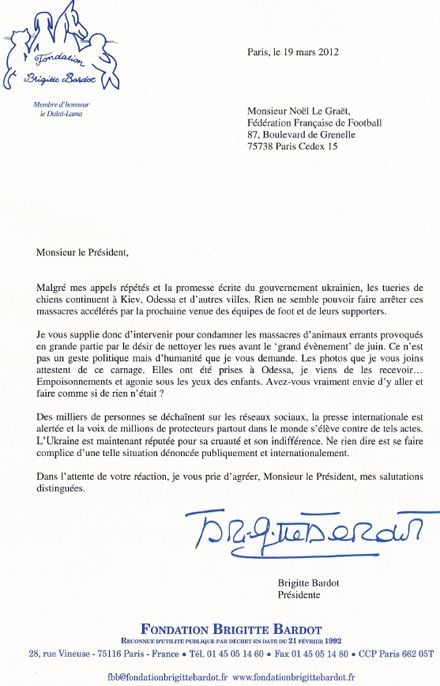