“You may vote or not, in any case you will get PU”

A scandal burst at #1718 polling station in St.Petersburg, after there appeared a student of Gerzen Pedagogical University dressed in a costume of bulletin. On his back, there was an inscription: “You may vote or not, in any case you will receive PU”. 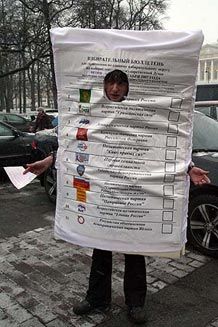 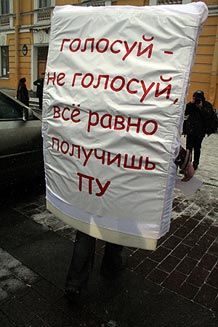 According to Fontanka.ru, when the youth entered the polling station, a policeman on duty took him aside, and talked with him for nearly 20 minutes. A representative of the district electoral commission also took part in the conversation. Apparently, commission members were so afraid of the student-activist, that they called two additional policy details. 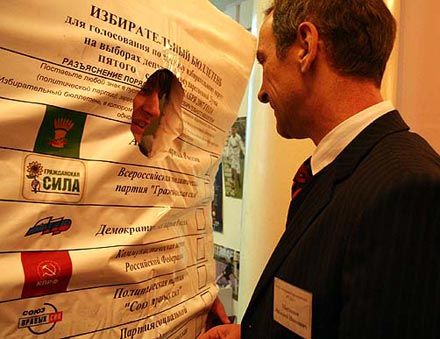 In 10 minutes, deputy of the city council Vladimir Goldman arrived on the scene, Having seing the inscription on the student’s back, he said: “Boy, you got into trouble”.

The student was taken to #79 police department. According to his words, there he was beaten and threatened by police.

Later it became known that the court imposed a 1000 roubles penalty on student Oleg Mukhin, who appeared at #17-18 polling station in a costume of bulletin, for illegal campaigning.