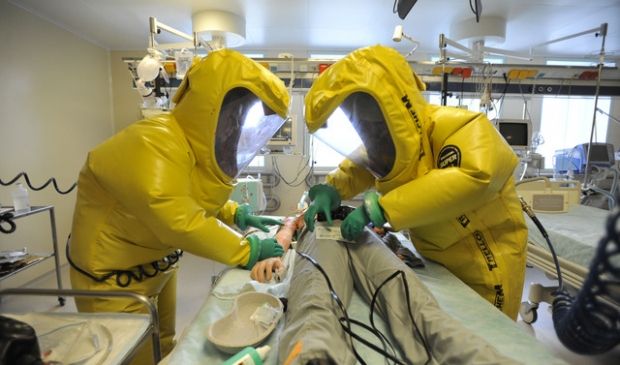 Ministry of Health Spokesman Oleg Salagaev told Russian news agency RIA Novosti that the two students from Africa have been placed in isolation units in the infectious disease department of the Botkin city hospital in Oryol.

The two students had flown to the Russian capital Moscow from Guinea-Bissau in West Africa, where a serious outbreak of the Ebola virus has been raging for months. They then traveled by bus from Moscow to Oryol.

“One should not make premature conclusions about the [type of] disease, as a fever is a non-specific symptom that is characteristic of many diseases,” Salagaev said.

“Placing a person under surveillance, if there are concerns about an infectious disease, is a common practice used in the health service,” he said.

Salagaev added that such measures are necessary in order to protect others and to make an early diagnosis of the patients.

The Ebola virus is spreading rapidly in West Africa. According to the latest information from the World Health Organization, the number of those infected in the region has reached 9,814, and about 4,500 people have died of the disease. The virus has already spread to new areas of Sierra Leone and Guinea.

As yet, there is no effective vaccine against the virus.