Pashinyan has called on his supporters to rally in the center of the capital Yerevan. 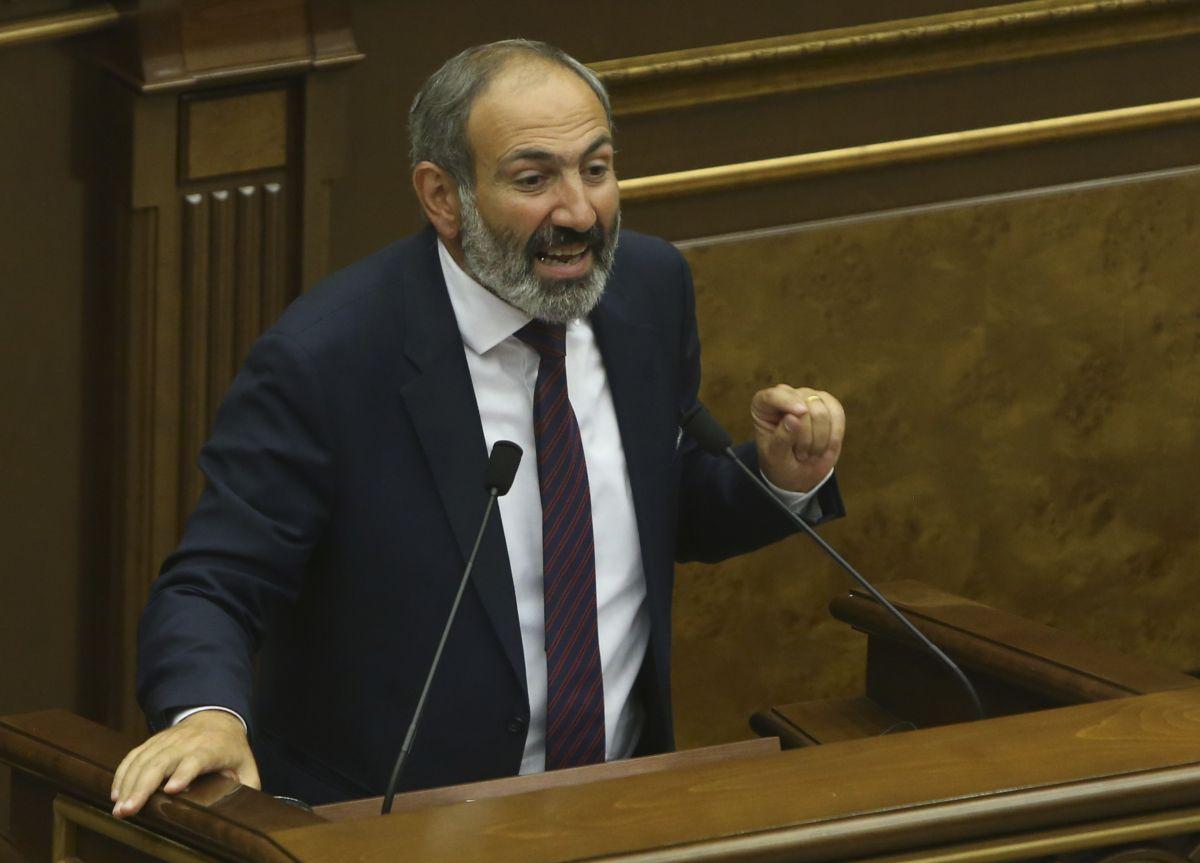 Armenian Prime Minister Nikol Pashinyan said on Thursday that an announcement by the armed forces calling for him to resign amounted to an attempted military coup.

PM has called on his supporters to take to the streets in Yerevan, Reuters reports.

Earlier this day, Armenia's armed forces called for the resignation of Prime Minister Nikol Pashinyan and his government, Reuters wrote with reference to the Interfax news agency.

Pashinyan has faced protests and calls to resign after what his critics say was the disastrous handling of a bloody six-week conflict between Azerbaijan and ethnic Armenian forces over the region of Nagorno-Karabakh last year.

On September 27, the latest round of escalation started in the conflict between Armenia and Azerbaijan over Nagorno-Karabakh region.

On November 10, all hostilities were ceased in the conflict zone. This was announced in a statement signed by Azerbaijani President Ilham Aliyev, Armenian Prime Minister Nikol Pashinyan, and Russian President Vladimir Putin.

Read alsoArmenia surrender. Who's the main beneficiary of Karabakh truce?According to the agreements reached, Azerbaijan and Armenia will hold ground at their current positions. A Russian peacekeeping contingent deploys along the line of contact in Nagorno-Karabakh and along the corridor connecting Nagorno-Karabakh with Armenia. Internally displaced persons and refugees are returning to Nagorno-Karabakh and surrounding areas under the control of the UN High Commissioner for Refugees. The exchange of prisoners of war, other detainees, and bodies is being carried out. All economic and transport links in the region are being unblocked.

Armenia was supposed to hand control of the Kelbajar region to Azerbaijan by November 15, and of the Lachin region – by December 1, while retaining the Lachin corridor (5 km wide) to ensure the link between Nagorno-Karabakh and Armenia. This shall not cover the city of Shusha.