The blaze erupted in the duty free zone of the port, sending a huge column of smoke above a city. 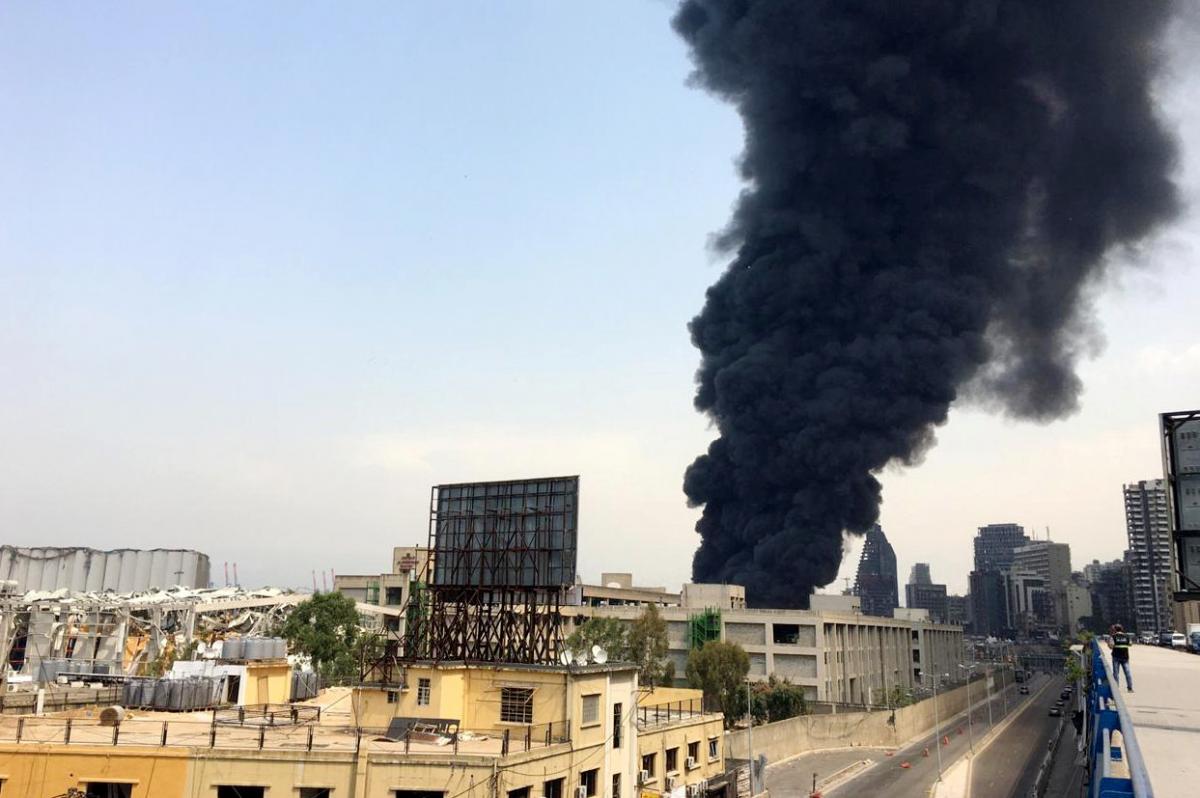 A store of oil and tyres at Beirut port burst into flames on Thursday but there were no immediate reports of injuries, a little more than a month after a massive blast devastated the port and surrounding residential area of the Lebanese capital.

The army said it was not immediately clear why the oil and tyres had erupted in flames and said it was sending helicopters to help bring the fire under control. Television footage showed a helicopter dropping water on the blaze, Reuters wrote.

The blaze erupted in the duty free zone of the port, sending a huge column of smoke above a city still traumatised by the explosion on Aug. 4 that killed about 190 people and injured 6,000 people.

Read alsoOne Ukrainian citizen killed in massive Beirut explosion – Ukraine's embassyThe head of Lebanon's Red Cross, George Kettaneh, said there was no fear of another explosion as a result of the flames and said there were no injuries, although he said there were some people suffering from shortness of breath as a result.

Television footage showed firefighters trying to douse the blaze in an area surrounded by the mangled remains of warehouses that were destroyed in the explosion last month.

The blast was caused by a huge store of ammonium nitrate that had been kept at the port in poor condition for years.

A large fire has broken out amongst the rubble at Beirut Port#Beirutpic.twitter.com/FdGANNFD7I