Police in Minsk said they were looking into reports she had been abducted. 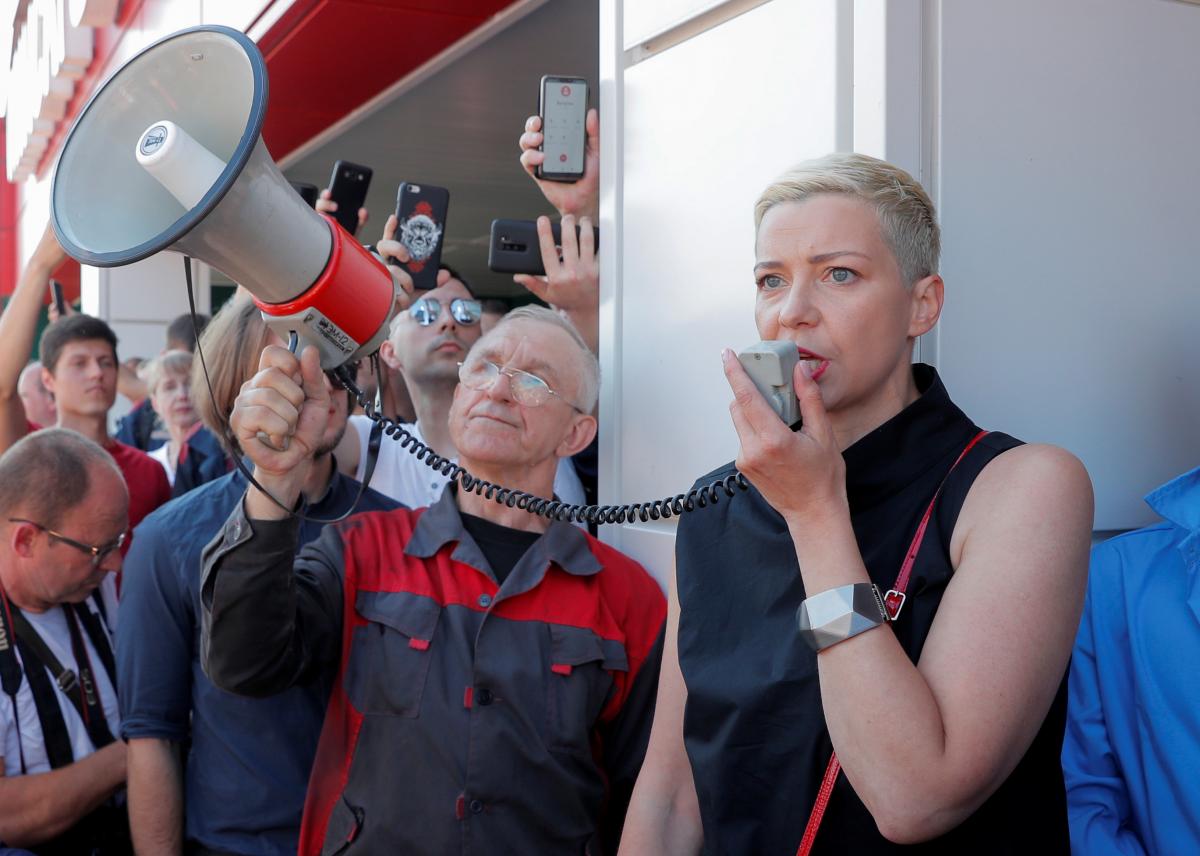 Unidentified people detained Belarusian protest leader Maria Kolesnikova in central Minsk on Monday and drove her off in a minivan, the Belarusian Tut.By media outlet cited a witness as saying.

Police in Minsk said they were also looking into reports she had been abducted, the RIA news agency reported.

If you see a spelling error on our site, select it and press Ctrl+Enter
Tags:BelarusoppositionabductionleadersProtests in Belarus