It's the units with the 76th Airborne Assault Division of the Western Military District. 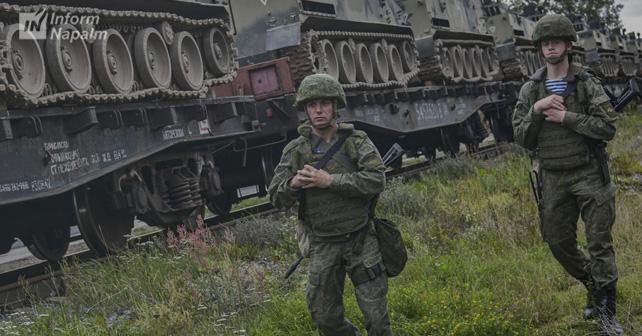 Russian paratroopers who have been earlier deployed in Ukraine's Donbas warzone to fight against Ukrainian troops, now arrived in Belarus for the Slavic Brotherhood 2020 joint military exercises.

It's the troops with the 76th Airborne Assault Division of Russia's Western Military District (military unit No. 07264, based in Pskov), Ukraine's OSINT community InformNapalm reports.

"Against the background of long-lasting mass protests in Belarus against [Alexander] Lukashenko's regime, about 300 military and 70 units of military and special hardware were deployed under the cover of these exercises (that's according to official data alone)," the statement says.

The OSINT community says a trove of evidence has been gathered proving the unit's participation in the aggression against Georgia, the Crimea grab, and the Donbas hostilities.

Read alsoUkraine steps up border security pending Belarus-Russia military drills (Video)InformNapalm volunteers also learned of the names of 76th Airborne Assault Division's commanders who had been awarded for their participation in the aggression against Ukraine and Georgia.

If you see a spelling error on our site, select it and press Ctrl+Enter
Tags:RussiaDonbasBelarusexercises