Dronarium members reiterated they had repeatedly launched flags of "those who face oppression in their freedoms." 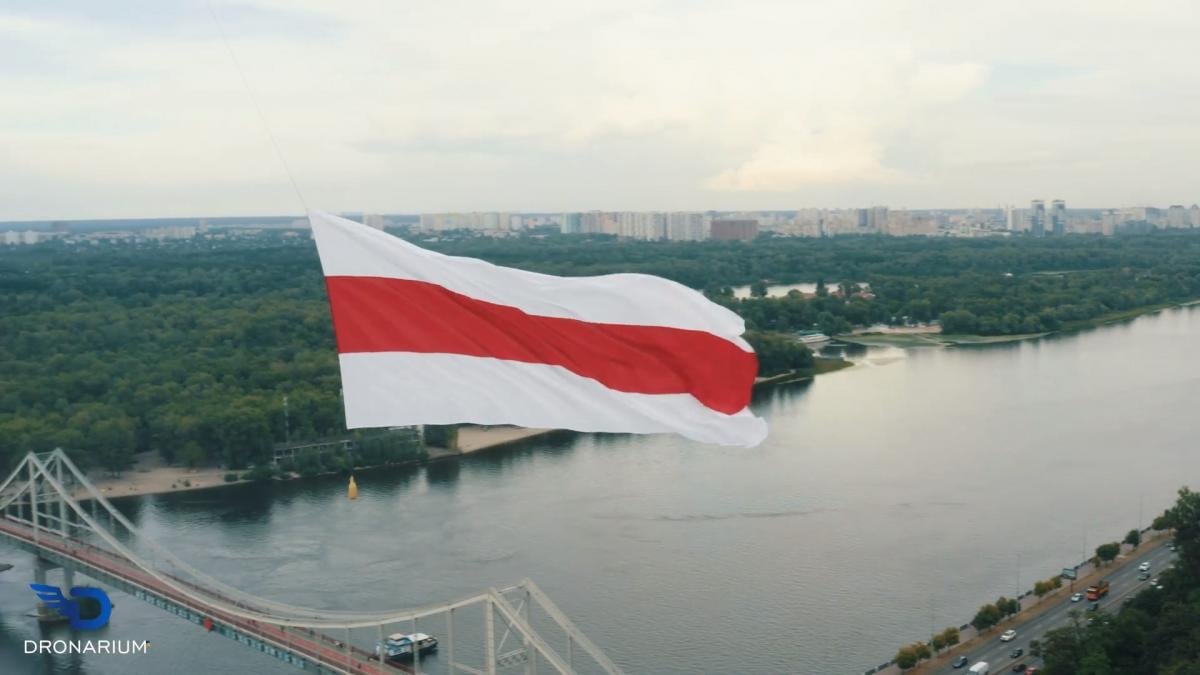 A huge flag of the Republic of Belarus has been launched over the Ukrainian capital city of Kyiv in solidarity with protests in that country.

"After the closure of polling stations, people peacefully took to the streets of Belarusian cities to defend their right to vote, but for this they received harsh suppression from the security forces," according to the captions to the video posted by the Dronarium Ukraine company on Facebook.

"It is unacceptable to use force instead of dialogue in response to a peaceful protest. Ukrainians on their own experience felt all the aggression of the authorities during the Revolution of Dignity, so our company could not but react to the events in Belarus," it said.

Dronarium members reiterated they had repeatedly launched flags of "those who face oppression in their freedoms: the launch of flags during Kyiv Pride events, the flag of the Crimean Tatar people over Kyiv."