Several hundred people were present at the ceremony. 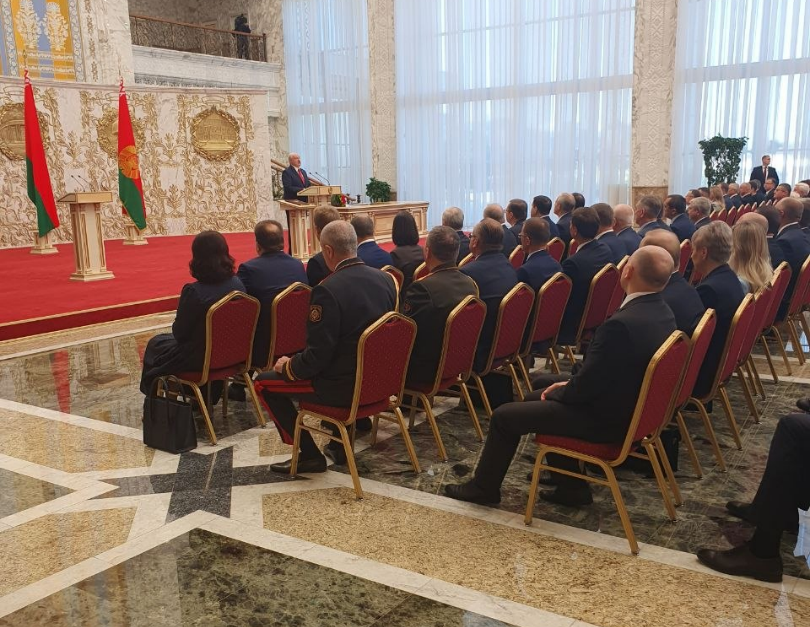 Alexander Lukashenko has been sworn in as President of Belarus during an inaugural ceremony in the Palace of Independence in Minsk.

Several hundred people were invited to attend the ceremony. These were senior officials, members of the House of Representatives and the Council of the Republic, heads of government agencies and organizations, local executive and regulatory agencies, the national media, scientists, figures of culture and sports, the official BelTA news agency reported.

Read alsoEU foreign ministers fail to reach deal on Belarus sanctionsHolding his right hand on the Constitution, Lukashenko took the oath in the Belarusian language. After that Lukashenko signed the act of taking the oath, and Chairwoman of the Central Election Commission Lidia Yermoshina gave him a Certificate of the President of the Republic of Belarus.

If you see a spelling error on our site, select it and press Ctrl+Enter
Tags:LukashenkoBelarusMinskpresidentceremonyinauguration