At another major enterprise, the Minsk Automobile Plant, workers also came out to convey their discontent. 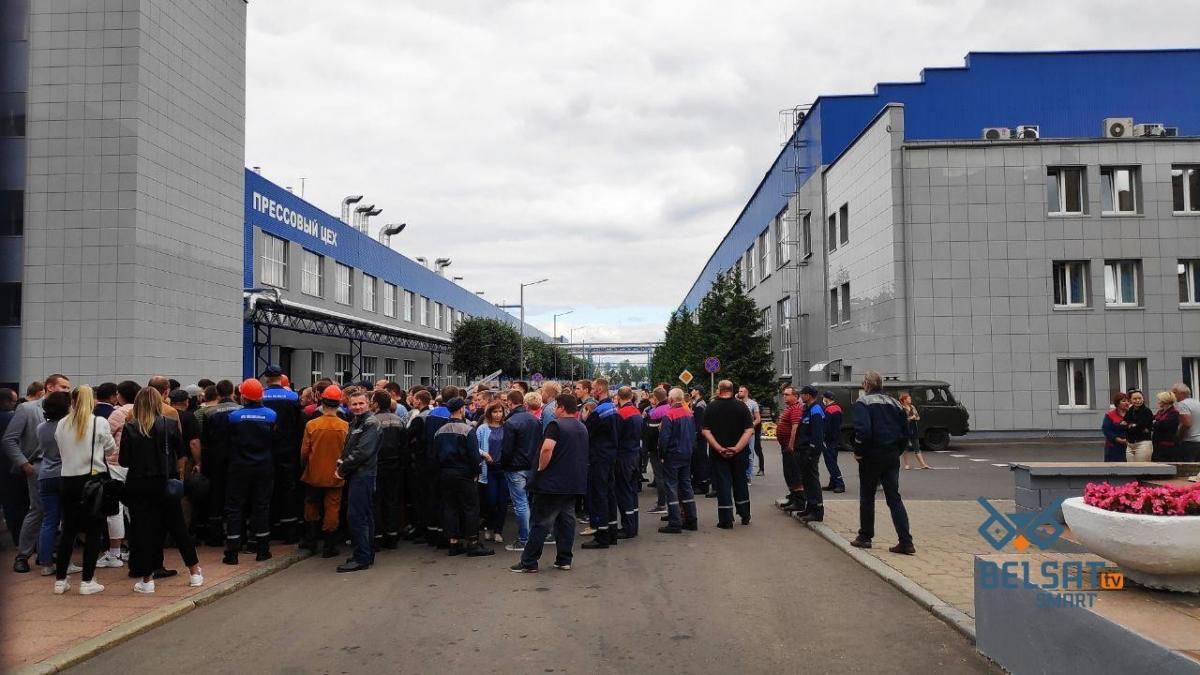 A number of major enterprises in Belarus saw its workers go on strike today, August 13, later joined by medics and even museum staff across Belarus.

Their main demand is to have a fair presidential election, Belsat reports.

Protest rallies have been boiling across the country since Sunday night – after the Central Election Commission released exit poll results that claimed re-election of incumbent long-time president Alexander Lukashenko.

Many Belarusians took to the streets in protest against what they believe is a rigged voting outcome.

The strike began with BelAZ, a world-acclaimed manufacturer of haulage and earthmoving equipment. Its employees demanded that true election results be announced.

"People in the streets of the city say the fact that BelAZ 'woke up' is a win. Most men in the city work for the company. Now everyone supports each other. Drivers are beeping car horns. There is information that employees of local utility services came out to support Belaz workers. People all over the city were seen clapping and shouting 'Long live Belarus!', a Zhodino resident told Belsat.

At another major enterprise, the Minsk Automobile Plant, workers also came out to convey their discontent.

Keramin, a major ceramic manufacturer, has joined the action in support.

So did workers at Grodno's largest enterprise, Grodno-Azot, according to TUT.by.

Local developer GrodnoZhilStroy even had its chief join workers in their protest move.

Doctors of the Republican Center for Cardiology are set to suspend all scheduled surgeries in protest against violence and arrests of their colleagues.

Read alsoPompeo says people in Belarus should have "freedoms they're demanding"

At the Minsk Ambulance Hospital, the medical staff have also decided to speak out against goevrnment violence.