The officials assured the flights were associated with military competitions within the framework of the ArMY-2020 international games. 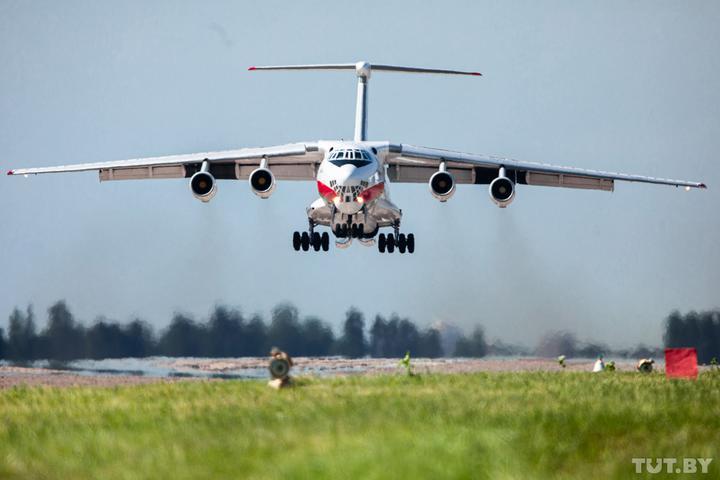 A number of flights of Belarusian military transport aircraft and other planes to Russia have been recorded over the past few days.

This is evidenced by screenshots from the Flightradar airspace tracking service, according to TUT.by.

For example, on August 12, the Il-76MD military transport aircraft (tail No. EW-005DE) of the Belarusian Air Force flew from the Machulishchy air base to the Kubinka military air base near Moscow. Later, it flew to Novosibirsk, and then again to Minsk.

On the same day, another plane, which was not a military one, arrived in Belarus. This was the Tu-134AK plane (tail No. RA-65992), an aircraft with special communications, which was used to transport the leadership of the Russian Defense Ministry.

On August 14, the aforementioned Il-76MD took off from Minsk and landed in Russia, near the Diaghilevo air base in Ryazan region. Three hours later, the plane took off and headed for Minsk, where it landed at 15:41.

The journalists asked Belarus' Defense Ministry to comment on these flights. The officials assured the flights were associated with military competitions within the framework of the ArMY-2020 international games.

If you see a spelling error on our site, select it and press Ctrl+Enter
Tags:BelarusProtests in Belarus