Up to 2,000 people gathered to protest the jailing of opposition blogger Syarhey Tsikhanouski. 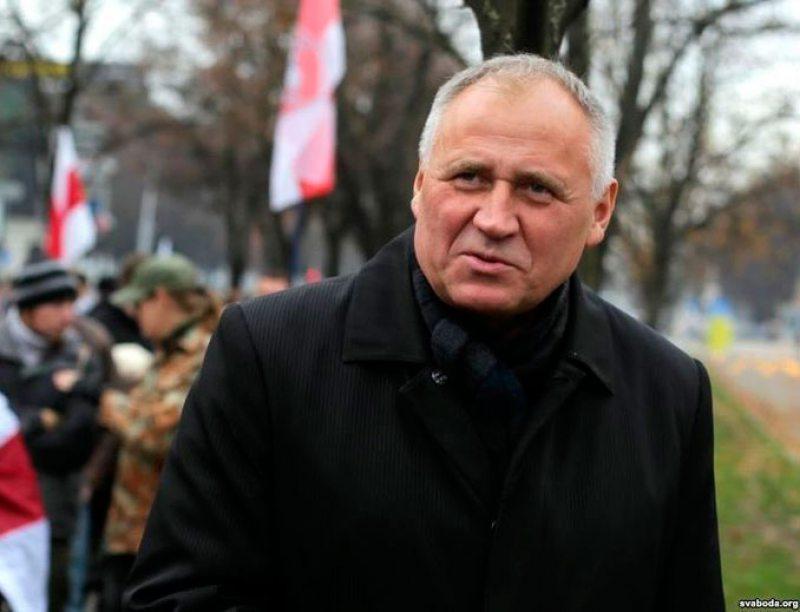 Prominent Belarusian opposition leader Mikalay Statkevich has been detained on his way to a rally in the capital, Minsk.

Statkevich is a former presidential challenger whose candidacy for the August 9 presidential election was rejected earlier this month, RFE/RL's Belarus Service said.

He was detained on May 31 while on his way to Kamarousky Market in downtown Minsk, where up to 2,000 people had gathered to protest the jailing of opposition blogger Syarhey Tsikhanouski.

Read alsoRussian political scientist Natalia Shavshukova: Luck turned its back on Putin. Post-quarantine Russia will be poorer and angrier

Tsikhanouski was recently jailed over an "unsanctioned mass gathering" and his candidacy was also nixed by the authorities.

Those who gathered in Minsk on May 31 also voiced support for Tsikhanouski's wife, Svyatlana Tsikhanouskaya, who has been collecting signatures in her own bid to register as a presidential candidate.

Prospective candidates need to obtain 100,000 signatures to be considered for registration as a candidate.

Statkevich ran against longtime President Alyaksandr Lukshenka in a 2010 presidential election that was widely decried as rigged and was followed by a brutal crackdown.

Statkevich was arrested after attending a large demonstration protesting the 2010 results and spent five years in prison after being convicted of organizing riots at a trial criticized by human rights groups and Western governments as unfair.

The Belarusian Central Election Commission on May 19 rejected documents filed by an initiative group for a Statkevich candidacy, citing his "criminal record."

Human Rights Watch warned earlier this month that authorities in Belarus had intensified their crackdown on protesters, opposition bloggers, journalists, and other government critics with a "new wave of arbitrary arrests" ahead of the election.

If you see a spelling error on our site, select it and press Ctrl+Enter
Tags:Belarusdetentionprotestsrallyopposition