Тhe new data includes photographs from what appears to be a 2010 wedding album of Vadim Krasikov and his current wife. 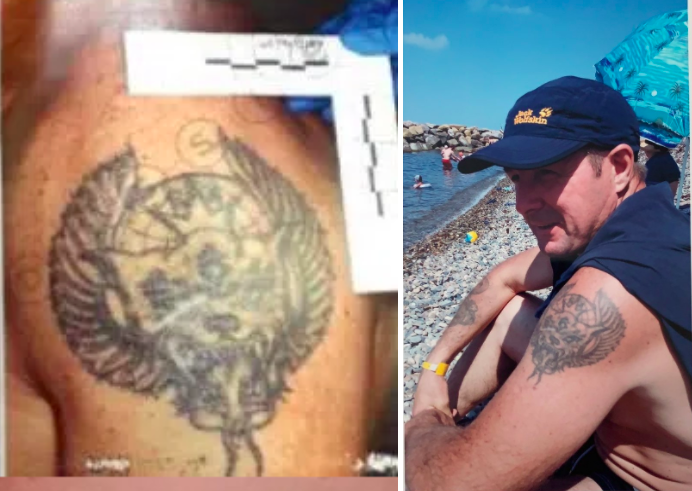 Ukrainian law enforcers have reportedly handed over to their German partners a set of new evidence that may help confirm the true identity of who is believed to be an FSB-hired hitman who assassinated a Georgian asylum seeker Zelimkhan Khangoshvili in Berlin in August 2019.

The suspected assassin, who traveled to Berlin under the name of Vadim Sokolov, a Russian citizen, was arrested by Berlin police shortly after the killing and is currently on trial at the Berlin appellate court, the investigative team Bellincgat recalls, noting that the person's true name is believed to be Vadim Krasikov, while the passport used for the job was state-issued, but linked to an inauthentic, "cover" identity.

Largely in reliance of Bellingcat's investigations, German prosecutors have indicted Vadim Krasikov as a killer who acted on behalf of the Russian state, and in particular the country's security service – the FSB. Now the prosecution believes that there is overwhelming forensic evidence that the detained suspect is in fact the assassin – including DNA match with items disposed of by the killer in the Spree river. However, the killing's connection to Russian state largely hinges on the case that "Vadim Sokolov" and Vadim Krasikov are the same person.

The accused maintains that his name is Vadim Sokolov, that he was a tourist in Berlin, and that he is not aware of a Vadim Krasikov. The defense lawyers argue that the evidence of identity of the two personas is inconclusive, and is based solely on a facial comparison.

Read alsoThe Guardian: Germany suspects Russian agencies over Chechen exile killingNew data freshly obtained by Ukrainian law enforcement and passed on to German investigators strongly supports the key premise of Bellingcat's identification, and removes more or less any residual uncertainty that "Sokolov" and Krasikov are the same person. This data was obtained during a special operation of Ukrainian law enforcement in Kharkiv, Ukraine's second-largest city and the hometown of Vadim Krasikov's wife. According to sources of Spiegel, the new data has been passed to German law enforcement in the last few days. Spiegel obtained some of the documents and photographs from the new data set and shared them with Bellingcat.

Тhe new data includes photographs from what appears to be a 2010 wedding album of Vadim Krasikov and his current wife. They also include a marriage certificate, showing the husband's name as "Vadim Krasikov".

Crucially, the newly obtained collection of photographs includes an image of Vadim Krasikov sitting on a beach in a baseball cap and a tank top. Visible in the photograph is a large tattoo on his left shoulder. This tattoo is identical to the tattoo seen on the shoulder of "Vadim Sokolov", from a police custody photograph obtained previously by the Dossier Center.

The near-perfect match is not only based on the exact same pattern of the tattoo and its identical placement on the same spot on the left upper arm in both photographs. A close-up comparison of the skin under the tattoo shows multiple overlapping skin artefacts, such as freckles, moles and scars.

Read alsoRussia not cooperating on Khangoshvili murder case, German foreign minister saysImportantly, the German indictment documents, as well as a police file describing the arrested "Sokolov", refer to a second tattoo – of a snake – on his lower right arm. This is compatible with a tattoo partially visible on the lower right arm of Krasikov's beach photo.

The new photographs provided by Ukrainian authorities to German prosecutors present a new set of data points that make the identification of the accused as Vadim Krasikov even more robust than before. Furthermore, they provide an important second independent source for this verification. Notably, many of the wedding album photographs show Krasikov in the presence of his wife, his parents and in-laws – thus linking the person from the photographs to the name of Vadim Krasikov that is seen in the marriage certificate.