Biden said Putin would "pay a price" for interfering in U.S. elections. 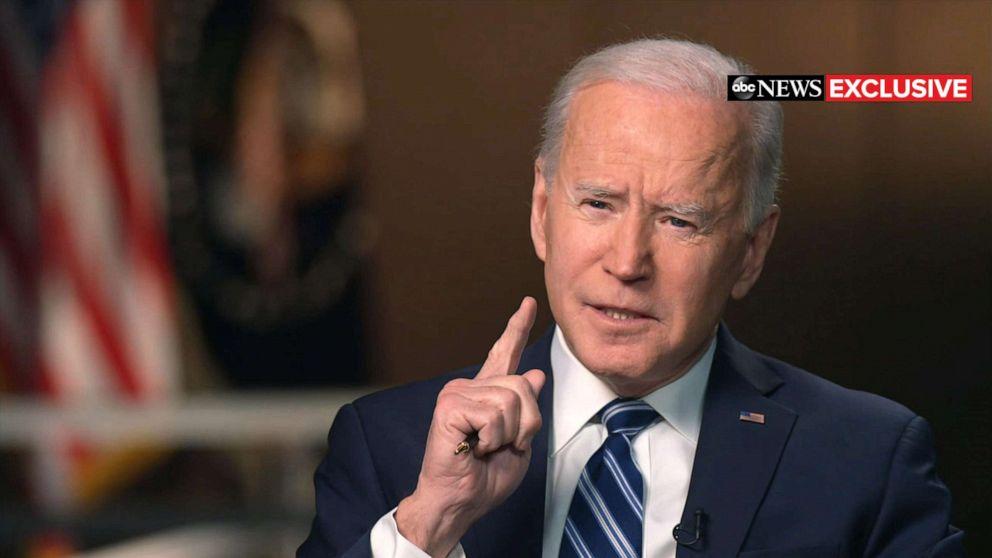 Biden says he agrees Putin is "killer" / Photo from abcnews

Speaking in an interview with or ABC News' George Stephanopoulos, Biden said Putin would "pay a price" for interfering in U.S. elections.

Read alsoU.S. preparing additional sanctions against Russia over poisoning of NavalnyBiden told Stephanopoulos that he had warned Putin about a potential response during a call in late January.

"He will pay a price," Biden said. "We had a long talk, he and I, when we – I know him relatively well. And the conversation started off, I said, 'I know you and you know me. If I establish this occurred, then be prepared."

Stephanopoulos asked: "So you know Vladimir Putin. You think he's a killer?"

While the president said "you'll see" that Putin is "going to pay," he did not elaborate.