Scientists seeking return of SBU-seized vodka made of Chornobyl apples

The liquor is part of a four-year experiment. 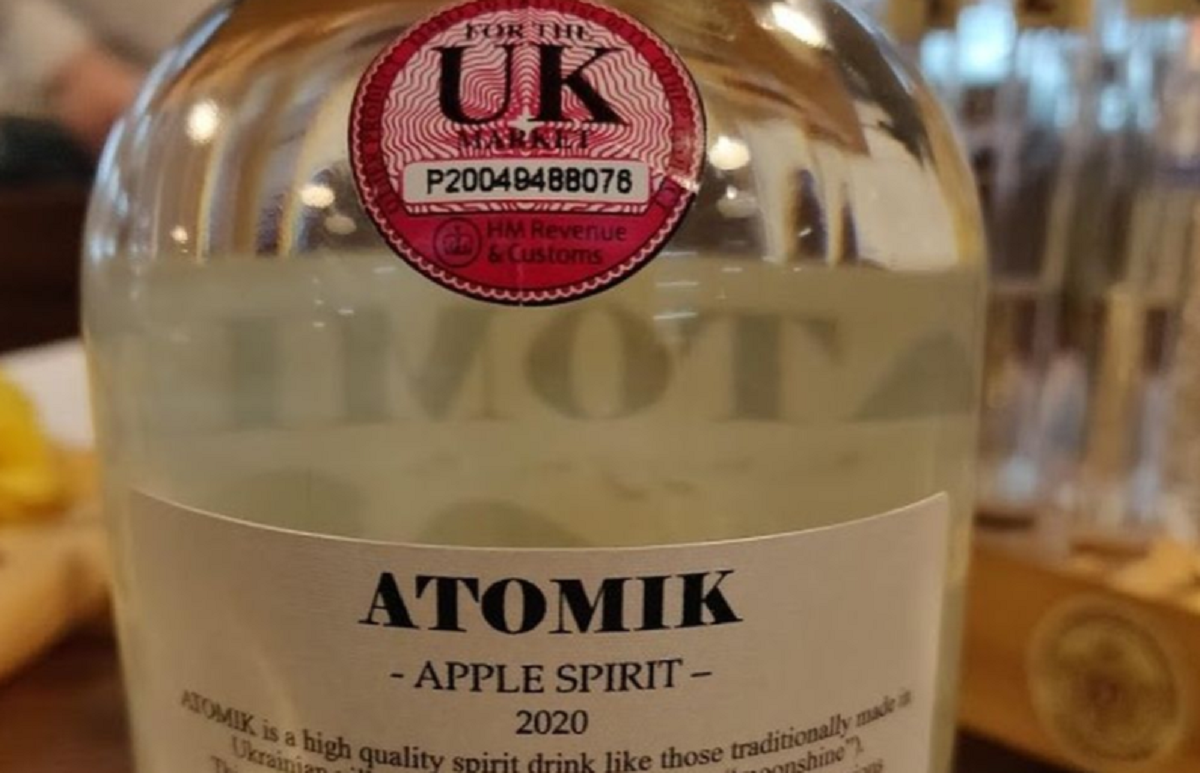 Photo from the BBC

A group of British and Ukrainian scientists are seeking in court the return of 1,500 bottles of vodka made from "radioactive" apples grown near the shutdown Chornobyl nuclear power plant.

Jim Smith, a professor of environmental science at the University of Portsmouth and one of the scientists behind the liquor, said his team won a first ruling in court to return the impounded liquor but are now awaiting a new hearing after the prosecutors appealed.

The liquor, branded as Atomik, is part of a four-year experiment by the scientists to see if they could produce a product safe to consume from crops grown in an area that was contaminated during the 1986 nuclear disaster at the plant.

The team sourced the apples from a farmer inside the outer ring of the 18-mile "Exclusion Zone," hoping that farming, which is still officially banned there, can now be safe to resume.

The first bottle of the liquor was produced in 2019 and scientists used rye grain and water from the Exclusion Zone. This year, the scientists had hoped to ship their first batch to the United Kingdom, with profits intended to go to the local community near Chornobyl.

In March 2021, Ukraine's security service, the SBU, seized the bottles at a distillery plant in western Ukraine. The reason, according to Ukrainian prosecutors, wasn't radiation, but problems with the bottles' customs documents.

"The reason they gave was they thought the bottles had forged duty stamps on. But they clearly had the U.K. stamps on," Smith said.

The city prosecutor's office in Kyiv told ABC News that the British stamps for the bottles didn't correspond to examples submitted by the plant for registration.

Smith and Gennadiy Laptev, a scientist from Ukraine's Hydrometeorological Institute who also took part in the cleanup of the disaster, believe their studies show contamination in the outer ring is so weak that restrictions on farming no longer make sense.

The apples used in the liquor showed slightly elevated radiation levels but were below the limit considered safe for consumption by Ukrainian law. That radiation was then filtered out in the distillation process, Smith said.

To prove the liquor's safety, Smith sent it to be analyzed by scientists at the University of Southampton in 2019. The scientists found no sign of unusual radiation, he said. The only trace of radiation in the liquor, Laptev said, was Carbon-14 – a radioactive isotope that naturally occurs in spirits.

The same Southampton University scientists were due to analyze the batch for sale before they were impounded.

The spirit was expected to sell for around US$50 in Britain. The scientists said they had already received a lot of interest.

Atomik's official website says that the first production of ATOMIK Apple Spirit has been seized by Ukrainian security services for unclear reasons. "We are working hard to get it released, but we can't sell you anything yet," the note says.