Confidence in Putin has fallen. Is it worth celebrating? 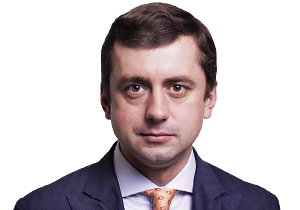 According to the latest surveys by Russian Levada-center, the rating of Russian President Vladimir Putin has dropped to a new low over the past four years. Only 25% of Russians expressed confidence in their leader. This seems to be a serious signal. Should Putin really worry about his career?

After all, the main question is whether those 75% of the Russians who harbor no trust in their president's policies are ready to rally on Red Square. But will they force the Kremlin's master to step down? Probably, not.

None of mass protests held in Moscow and other Russian cities that we saw earlier have resulted in any serious changes in the political scheme of Russia's political elite. Putin was still winning popular votes. Moreover, every time when the Russian president's rating fell, stories appeared in media space about either the Russian military success in some regional hot spots or a worldwide conspiracy broiling against the Russians. Thus, the main tool of Putin's rating boost has always been propaganda, which has long proved its effectiveness both within the Russian Federation and beyond.

"Television war" does not need reality; it creates it. Moreover, in some cases, it surpasses reality, becoming more real than the reality itself. And propaganda works easy enough: it chooses the necessary facts, deprives them of the real context, and gives them the context needed for a "customer."

Separately, it should be mentioned, the information campaign on enhancing the role and importance of the Russian president, as a rule, targets the international arena. Indeed, the "empire" lives by "conquering" new territories. In turn, this conquering does not always happen with the help of troops. Sometimes it is enough to apply the information impact. The Kremlin's ideology, especially at the macro level, is the "Russian world" as the base of the post-imperial country program. To implement this "idea" successfully, it is necessary to have a strong regime that will be able to bring this "project" to life.

Unfortunately, in Ukraine, information flows often affect us. Therefore, we immediately suggest Vladimir Putin's rating drop means imminent overthrow of his regime or live a dream of seeing him step down under pressure of guilty conscience. But, actually, none of this has anything to do with reality.

Putin is not planning to go anywhere; he is striving for absolute power

As is known, through passing changes in the Constitution of the Russian Federation, the Kremlin's master is set to stay in power for life. Moreover, this sparked no mass protests whatsoever. So the "low ratings" that have been published are also unlikely to take people to the streets demanding resignation of the Russian president. We should remember that living a life of illusions is a costly endeavor as it distracts our people frrom our own country's problems.