Fauci says COVID-19 could reach level of 1918 Spanish Flu, the 'Mother of All Pandemics' – Newsweek

The Spanish Flu—caused by an unusually deadly strain of influenza—was the most severe pandemic in modern history. 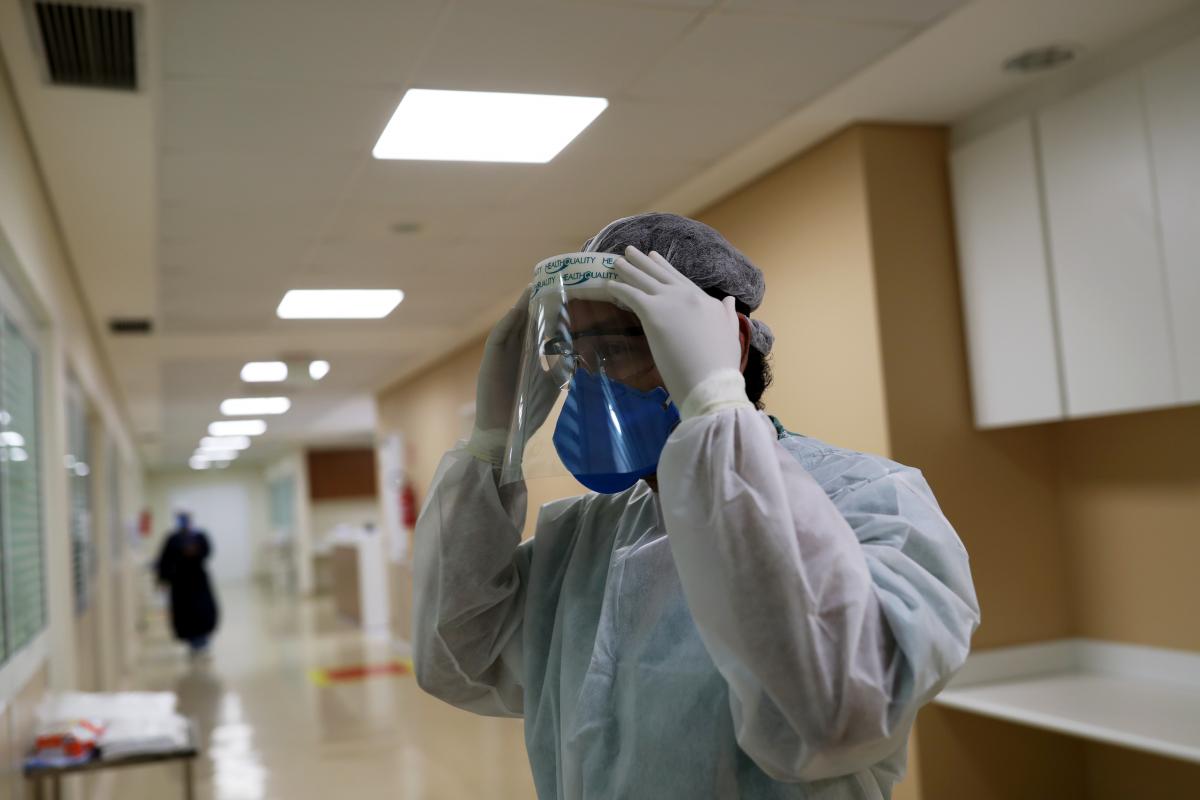 Dr. Anthony Fauci, the U.S. government's top infectious disease expert, said on Tuesday we "can't deny the fact" that the COVID-19 pandemic could reach the level of the Spanish flu, which killed millions of people around the globe between 1918 and 1920.

The Spanish Flu—caused by an unusually deadly strain of influenza—was the most severe pandemic in modern history, infecting an estimated 500 million people, which amounted to about a third of the world's population at the time, Newsweek reported.

"If you look at the magnitude of the 1918 pandemic where anywhere from 50 to 75 to 100 million people globally died, that was the mother of all pandemics and truly historic. I hope we don't even approach that with [COVID-19] but it does have the makings of, the possibility of approaching that in seriousness," Fauci, who heads the National Institute of Allergy and Infectious Diseases (NIAID,) said during a Georgetown University Global Health Initiative webinar, according to CNN.

Read alsoWHO chief on COVID-19: "There is a lot to be concerned about"

There have been more than 13.3 million confirmed cases of COVID-19 during the current pandemic, and over 578,000 recorded deaths, according to the Johns Hopkins University Resource Center.

The U.S. is the world's worst-hit country with more than 3.4 million confirmed cases and over 136,000 deaths. Cases are now rising in 37 states with several in the south and southwest of the country seeing a significant surge in infections, including California, Florida, Arizona and Texas.

"They're seeing record numbers of cases, most interestingly, among young individuals," Fauci said.

The infectious disease specialist said during the webinar, that many young people might feel that they would "rather be there sipping a margarita in a crowd," but to get the virus under control means "you don't let yourself get infected, and you don't spread to anybody else," according to The Guardian.

"There is an understandable situation where a young person could say, 'You know, statistically the chances of my getting into trouble by getting infected are much smaller than an elderly person,'" he said. "I say that with some trepidation, because I'm not blaming anyone, and I think people do this innocently. They don't mean to be part of the problem, but inadvertently they are part of the problem."

On Monday, 61,492 new cases were reported in the U.S. as three states, California, New Mexico and Oregon, decided to reimpose or strengthen coronavirus restrictions, in order to slow the spread of the virus. At least 27 other states have also done the same.

"We have a serious situation here in the United States," Fauci said. "We haven't even begun to see the end of it yet."

Last week, Fauci told FiveThirtyEight's PODCAST-19 that the country was not "doing great" compared to others, saying that a mix of politicians not following reopening guidelines and some citizens not adhering to public health measures could be to blame for the rise in cases across many states.

"It is both. It's not a unidimensional thing," he said. "There are some governors and mayors that did it perfectly correctly. They wanted to open up, so they went through the guidelines of opening up their state. But what happened is that many of the citizenry, said, 'You know, well, I'm either going to be locked down or I'm going to let it all rip.'"

"And you could see from just looking... on TV and in the papers of still photos of people at bars and congregations, which are a perfect setup, particularly if you don't have a mask. Then there are some times when despite the guidelines and the recommendations to open up carefully and prudently, some states skipped over those and just opened up too quickly."

Despite the severity of the pandemic, Fauci also said last week that he was cautiously optimistic a COVID-19 vaccine with some level of effectiveness could be developed by the end of this year or the beginning of next year.

Scientific groups around the world are currently investigating around 160 vaccine candidates, with about 20 already being tested in humans.

"The early data on these trials have a cautious optimism that we will be successful at least in developing a vaccine with some degree of efficacy by the end of the year, the beginning of 2021," he told a virtual United Nations event.

If you see a spelling error on our site, select it and press Ctrl+Enter
Tags:worldUnitedStatesvacanciescoronavirusCOVID19quarantine