The French dairy giant's Russian office earlier hired Mikhail Porechenkov to promote one of their products. 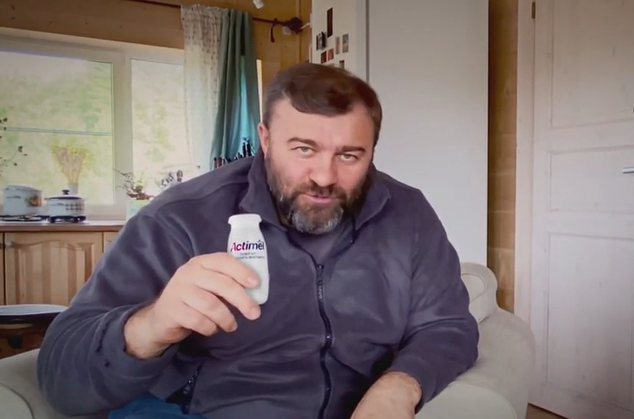 A French-based dairy giant Danone in Russia has decided to withdraw the ad involving a Russian movie star Mikhail Porechenkov after a massive backlash from Ukraine where the actor has long been charged with terrorism after he was recorded firing a machine gun at the positions of Ukrainian troops defending the Donetsk Airport in the Donbas warzone in 2014.

"I have good news for you. General Secretary of Danone (France) Mathias Vicherat has just called me. The company stops an advertising campaign with Porechenkov's participation. A fast and adequate response. And now, when the appetite is no longer spoiled, enjoy," Ambassador of Ukraine to France Oleh Shamshur wrote on Twitter on June 10, 2020.

The thing is that Ukrainian security forces have long charged the Russian actor with terrorism after his controversial appearance in the Donbas warzone in 2014.

A Russian propaganda video captured him shooting a massive Utious machine gun at the positions of Ukrainian troops defending the Donetsk airport before it was eventually destroyed and seized by Russian-controlled forces.