The police found the body, with a bag over the head, in a rented villa. 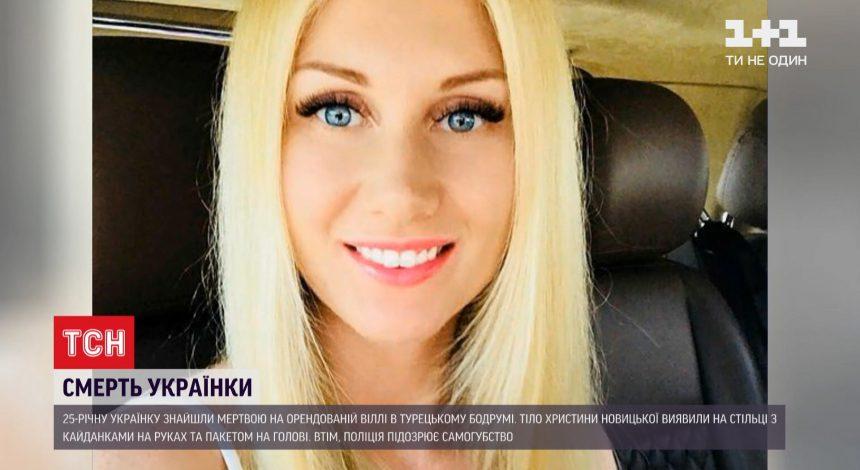 The Ukrainian Foreign Ministry has confirmed the death of a Ukrainian woman, Kateryna Novytska, 25, in a Turkish resort city of Bodrum.

"The case remains under the special control of the Ukrainian consulate in Antalya. The diplomats have already established contacts with Turkish law enforcement who are investigating the case and the victim's family," MFA Ukraine said, according to TSN.

Read alsoFSB team suspected of poisoning Navalny may be involved in three murders – Bellingcat"The Ukrainian consulate has launched a set of measures to prepare for the repatriation of the body," said Foreign Ministry spokesman Oleh Nikolenko.

The police found the woman's handcuffed body, with a bag over the head, placed in a chair in a rented villa, local media reported.

The doors and windows were locked.

The forensic examination is underway to establish the cause of death.

According to the Turkish press, it was the woman's mother who first rang the alarm after she failed to get in touch with her. She eventually contacted the neighbors, who in turn called the police.