A police van rammed into a crowd of protesters. 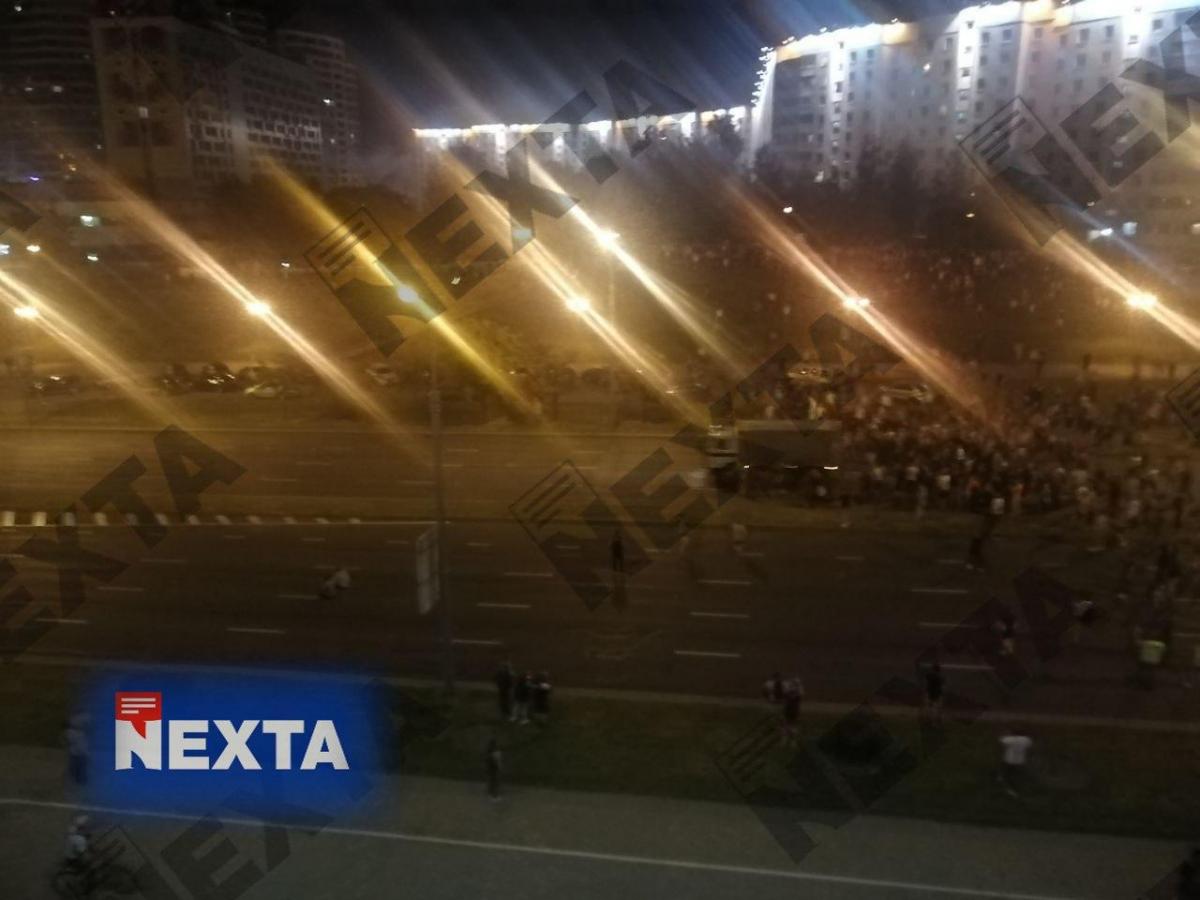 Belarusian police have started detaining protesters on Victory Square in the center of Minsk after polling stations closed on the August 9 Election Day in Belarus.

"Eyewitnesses report that law enforcers jump out of police vans and detain people. People shout: 'Go away!' and 'Our home is Belarus!' Roars are heard along the entire avenue," the Telegram channel Tut.by reported. 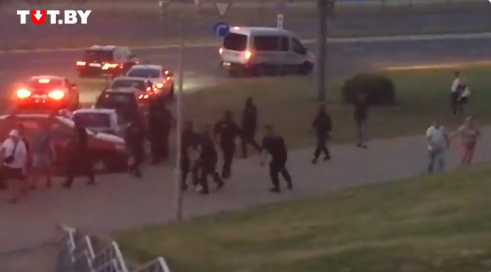 There are reports about clashes between protesters and riot police at the intersection of Masherov and Pobediteley Avenues. People are being detained near Planet Hotel in Minsk. 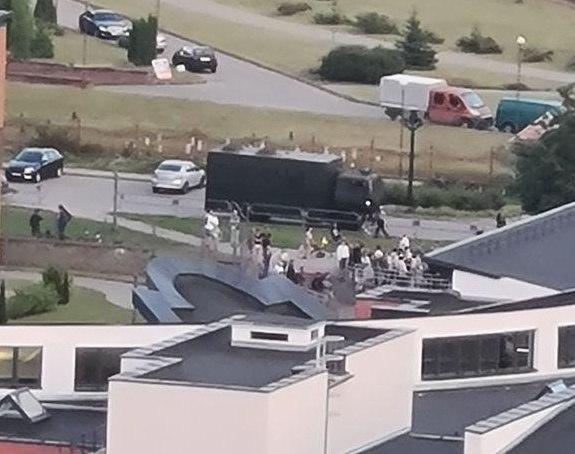 Detentions of protesters / Photo from Tut.by

Some of protesters are injured, according to media reports. People began to ward off detainees seized by the riot police.

An incident was also reported when a police van rammed into a crowd of protesters.

"A man was knocked down – people immediately ran up to him. Police started throwing stun grenades at them. From five to six people pulled the victim out – he is seriously injured. An ambulance arrived. Many people gathered around. The crowd is showing 'Murderers!'" the Telegram channel Tut.by reported.

According to MBKh media, the van deliberately drove into the crowd from protesters' back, one person is unconscious, covered in blood and doctors are trying to resuscitate him. At least two people were injured in the incident, according to early reports.

"The second person is also unconscious, he has a bone sticking out of his heel," the media added.

The Telegram channel Nexta said that protesters had started building barricades in the center of Minsk, using garbage cans. 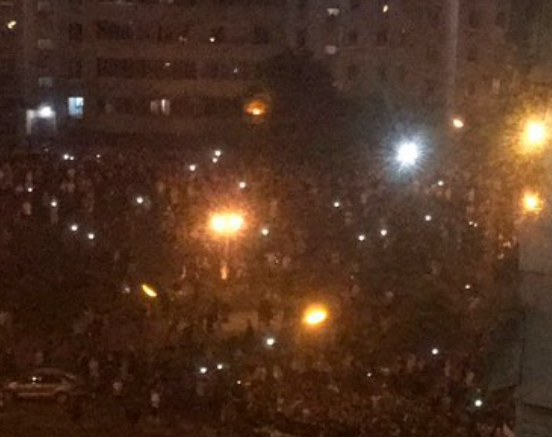 Barricades in Minsk / Photo from BelaMova

Rallies in Minsk began after the end of voting at polling stations during the presidential election on August 9. According to preliminary data, incumbent Belarusian President Alexander Lukashenko is winning with 80% of the vote.