Facebook has not removed the advert, though it now appears to be inactive. 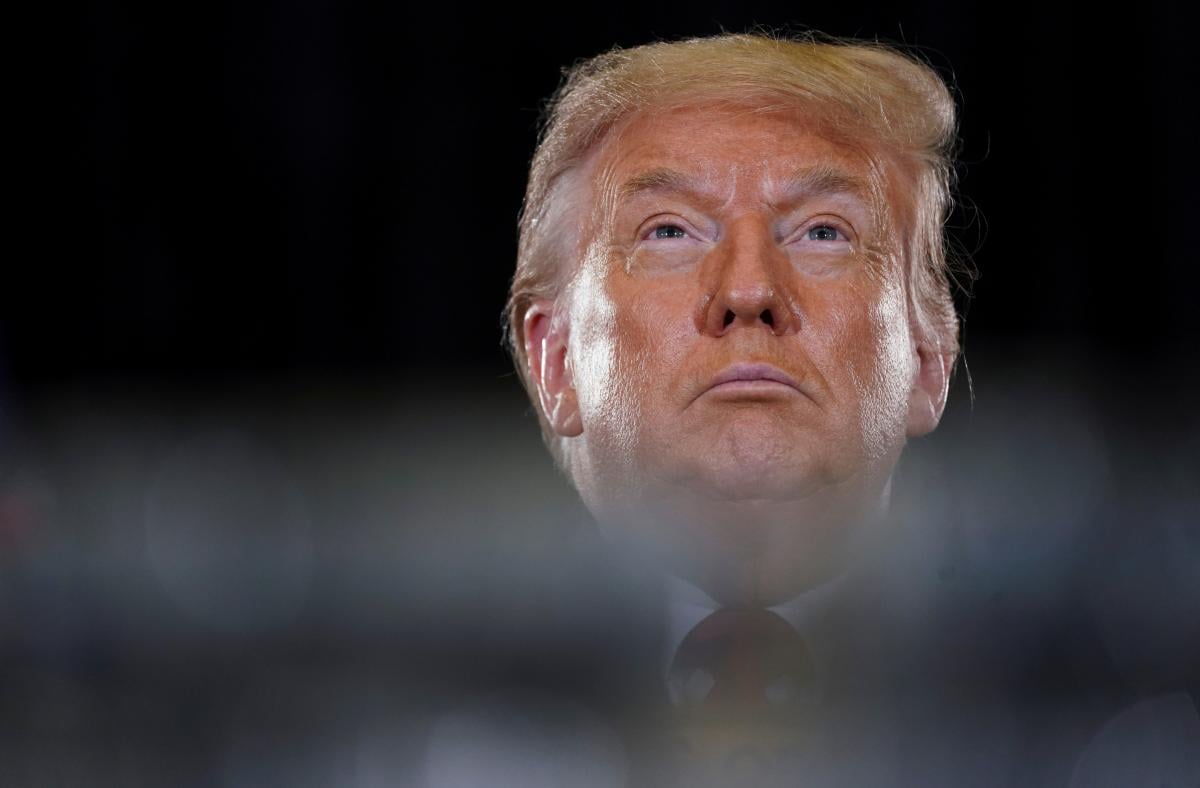 On Tuesday, U.S. President Donald Trump's reelection campaign posted a Facebook ad that misleadingly used a picture from a 2014 Ukraine protest to illustrate "chaos and violence."

The picture's photographer confirmed to Business Insider on Wednesday that the image is of pro-democracy protesters in Ukraine six years ago.

Facebook has not removed the advert, though it now appears to be inactive.

A source close to Facebook told Business Insider the platform will not delete the ad, and that politicians are exempt from its third-party fact-checking program.

The ad, which was released on Facebook on Tuesday, sought to contrast "public safety" with "chaos & violence" with two images. The first showed Trump listening to law-enforcement officials, while the second showed an image of protesters appearing to attack a police officer.

However, the image of the protesters was not taken in America in 2020, but in Kyiv, Ukraine, in March 2014. The picture's photographer, Mstyslav Chernov, confirmed the date and location of the image to Business Insider on Wednesday.

Though the advert did not explicitly claim the picture is from the U.S., it comes at a time when civil unrest in American cities has become a key GOP campaigning point.

Before it went inactive, the ad had been distributed to pro-Trump groups like "Evangelicals for Trump." As of Thursday, fewer than 1,000 people have seen it, according to the advertising archive.

Though politicians are exempt from Facebook's third-party fact-checking program, they can still be punished if they incite violence or voter suppression, which violates the platform's rules.

Facebook has previously removed Trump campaign adverts over issues of census misinformation, copyright infringement and use of hate organization symbols as well.

Trump has said he supports the right to peaceful protest during the swell of activism that followed the police killing of George Floyd.

However, his campaign has amped up rhetoric against what it says are violent protesters, and the issue has become a major focus for Trump's administration and reelection campaign.

Trump has sent federal agents to quell protests in Portland – against the wishes of local officials – and has threatened to send more to other Democrat-led cities. The city's leaders have warned that the move will only amplify tensions between law enforcement and protesters.

A video uploaded to Trump's YouTube channel on Wednesday, which included clips of brawling and disorderly protesters, is titled: "Far-left fascists have turned Portland into a violent hellscape."

If you see a spelling error on our site, select it and press Ctrl+Enter
Tags:MaidanTrumpprotestsphotocampaignclashreelection