A Panel of arbitrators will be appointed within the next days. 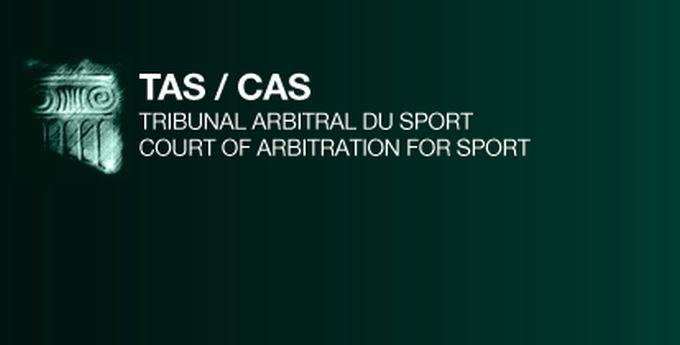 The appeal is directed against the decision taken by the UEFA Appeals Body on November 25, 2020, in which the Nations League match between Switzerland and Ukraine, set to be played in Lucerne on November 17, was declared forfeited 3-0 by Ukraine, CAS wrote in a media release.

The decision has put on Ukraine responsibility for the match not taking place.

"On the day of the match, the health authorities in Lucerne decided to place the entire UAF delegation into mandatory quarantine, with the consequence that the match could not take place as originally scheduled," the statement recalls.

In its appeal to the CAS, Ukraine requests that the challenged decision "be set aside" and that the match in question "be rescheduled" or, subsidiarily, that the decision to call the match as forfeited "be cancelled and that the outcome of the match be decided by drawing of lots."

"The parties are exchanging written submissions and a Panel of arbitrators will be appointed within the next days," CAS wrote.

Prior to the match, Eduard Sobol (defender), Yevhen Makarenko (midfielder), and Dmytro Riznyk (goalkeeper) tested positive for COVID-19. On the morning of November 17, three more football players and a coach received their positive results of coronavirus tests.

The chief medical officer of Lucerne decided to put the Ukrainian national team in quarantine. UEFA tried to negotiate the possibility of holding the match with the Swiss side, but failed.

As a result, the Switzerland – Ukraine match was officially canceled.

On November 18, the UAF announced that they did not see the fault of the Ukrainian national team for the cancellation of the match.

Read alsoUkraine to face France, Finland, Bosnia and Herzegovina, Kazakhstan at 2022 World CupThe Switzerland – Ukraine match was decisive for the teams in the fight to maintain their positions in League A, as Ukraine had 6 points, and Switzerland had 3. Now the Swiss became third, and the Ukrainian national team left the elite division.