The G7 ministers reiterated their interest in stable and predictable relations with Russia. 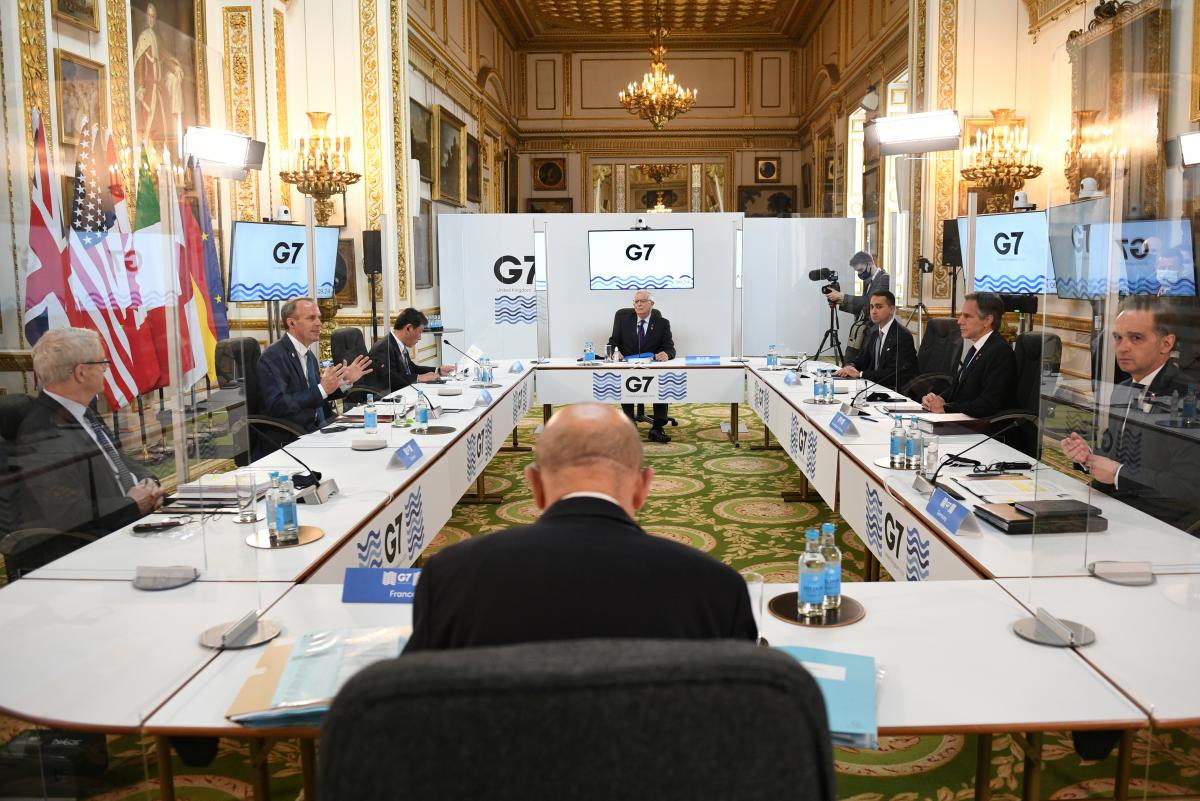 The Group of Seven (G7) richest countries – Canada, France, Germany, Italy, Japan, the United Kingdom, and the United States, together with the European Union, have called on the Russian Federation to fully withdraw forces from the borders of Ukraine.

This is stated in a communiqué after a G7 foreign and development ministers' meeting in London on May 5, 2021.

"It is critical that Moscow now fully withdraws its forces and takes the necessary steps to help alleviate tensions," it said.

The foreign ministers also called on Russia and the armed formations it backs to recommit to the ceasefire and commended "Ukraine's posture of restraint and diplomatic approach in this context."

"We support efforts to strengthen Ukraine's democracy and institutions, and encourage Ukraine to make further progress on the reform agenda, namely on the rule of law, judicial reform, corporate governance, and in combatting corruption to strengthen their democracy, promote economic growth, and fulfil commitments to international donors and partners and to the citizens of Ukraine. We reiterate our full confidence in the G7 Ambassadors' Group in Ukraine and acknowledge the role of this group in monitoring and supporting the implementation of reforms," they said.

They drew attention to the destabilizing actions of the Kremlin and violations of human rights in the Russian Federation.

"We are deeply concerned that the negative pattern of Russia's irresponsible and destabilising behaviour continues. This includes the large build-up of Russian military forces on Ukraine's borders and in illegally-annexed Crimea, its malign activities aimed at undermining other countries' democratic systems, its malicious cyber activity, and use of disinformation," the document said. "We express full solidarity with all partners affected by actions connected to Russian intelligence services against their interests and security, which will continue to be met with the staunchest resolve. We note with regret the deterioration in Russia's relations with Western countries, and stress the importance of respecting the Vienna Convention on Diplomatic Relations as the essential foundation of diplomatic relations between states."

The G7 ministers reiterated their interest in stable and predictable relations with Russia. "We nevertheless will continue to bolster our collective capabilities and those of our partners to address and deter Russian behaviour that is threatening the rules-based international order, including in the areas of cyberspace security and disinformation. We will continue to engage with Russia in addressing regional crises and global challenges of common interest such as climate change; arms control, disarmament and non-proliferation; and peaceful, sustainable economic development and environmental protection in the Arctic," they said.