Melia has been accused of inciting violence at street protests in June 2019. 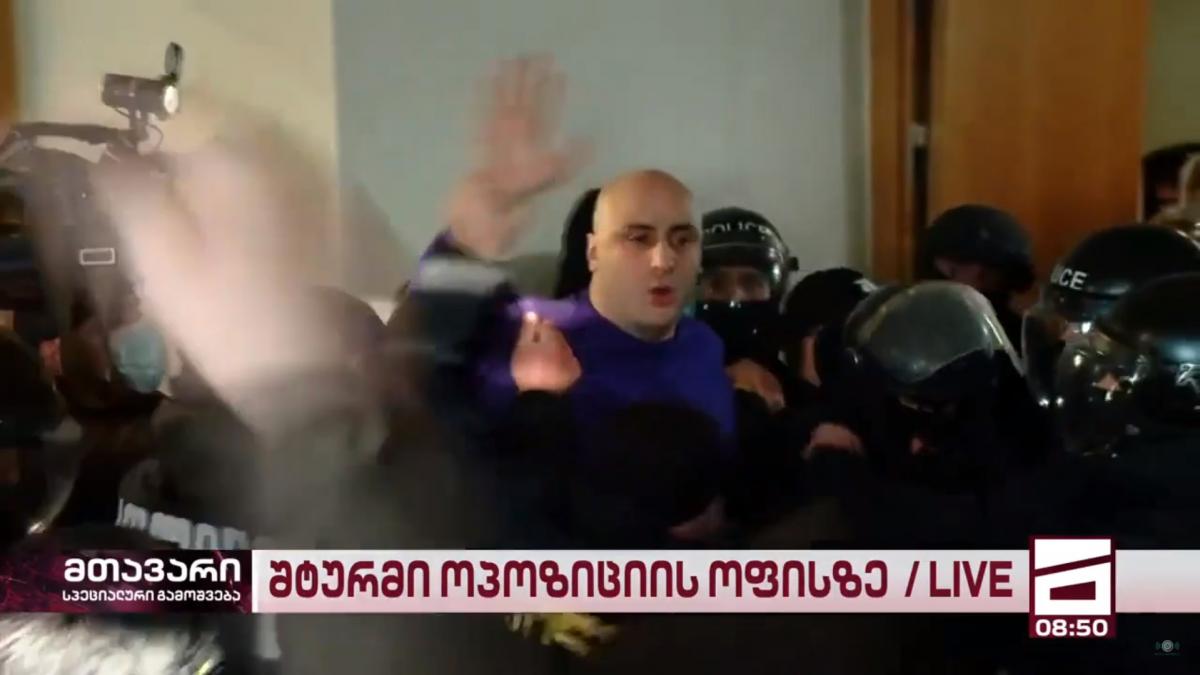 Georgian police stormed the party offices of opposition leader Nika Melia and arrested him early on February 23 in a violent raid during which tear gas was used.

The arrest came days after Prime Minister Giorgi Gakharia resigned following a disagreement over whether to take the prominent politician into custody, RFE/RL reported.

Melia, who heads the United National Movement (ENM) opposition party, had been accused of inciting violence at street protests in June 2019, a charge he has dismissed as politically motivated.

Read alsoUkraine's FM Kuleba comments on Saakashvili's controversial statementsA Tbilisi court last week ordered that he be taken into custody for allegedly failing to post bail. The Interior Ministry at the time announced it was postponing carrying out the order to detain Melia following the resignation of Prime Minister Giorgi Gakharia.

Live television footage showed Melia, the leader of the ENM, being dragged from the party headquarters to be placed in pre-trial detention.

Hundreds of riot police used tear gas against Melia's supporters and the leaders of all of the country's opposition parties, who have been camped out in the building since February 17, the Mtavari TV live pictures showed.

Dozens of opposition supporters were detained.

Melia's arrest came a day after the Georgian parliament approved a new government led by Prime Minister Irakli Garibashvili following the resignation on February 18 of Gakharia, who said his move had been prompted by a disagreement with his own team over the order to detain Melia.

ENM was founded in October 2001 by Mikheil Saakashvili. It was a ruling party during the latter's presidential term before losing a parliamentary election in 2012 and going into opposition against the background of their leader fleeing the country.

Since then, the Georgian Dream has been in power, while UNM – the main opposition force.

If you see a spelling error on our site, select it and press Ctrl+Enter
Tags:policeGeorgiaarrestoppositionTbilisi