He explains what's wrong with the so-called "evidence". 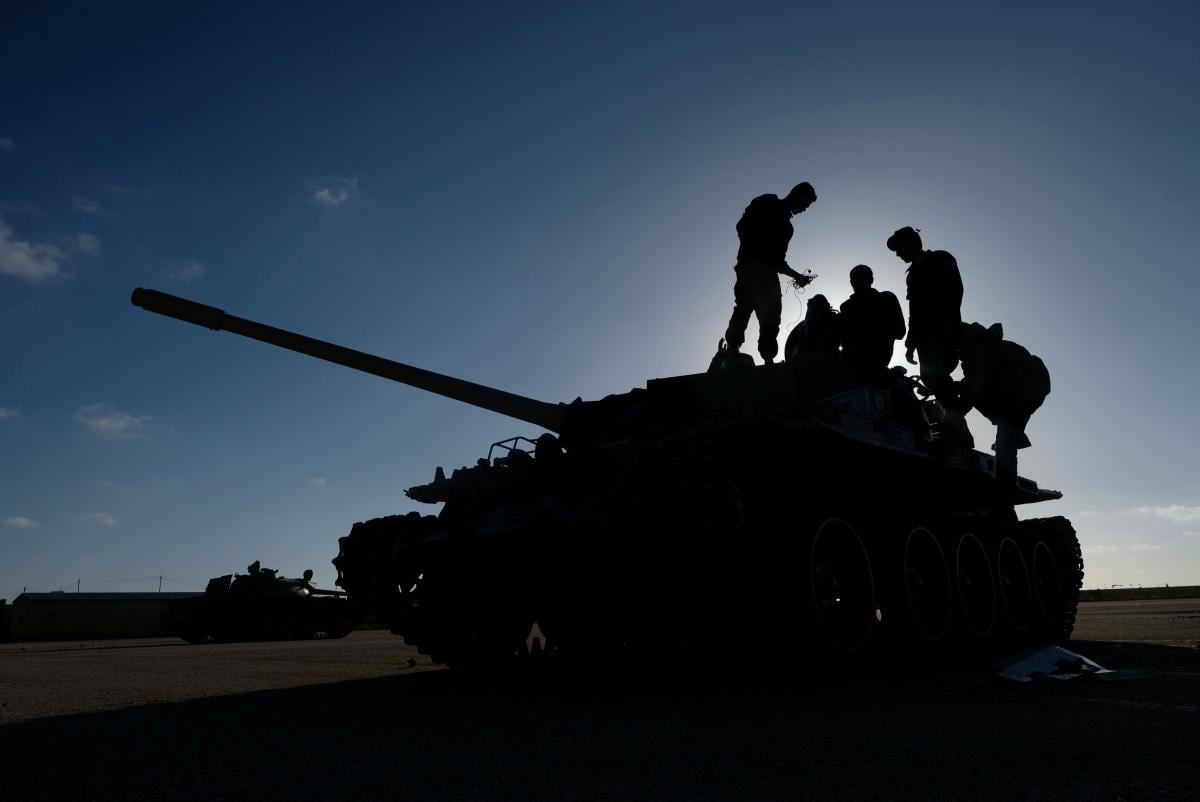 A fake report that is now being spun across social networks claims Ukrainian nationals participated in the battles for the Libyan capital of Tripoli as part of Russia's Wagner PMC.

As a "proof" of this, photos emerged of some inscriptions and a drawing of the alleged coat of arms of Ukraine, purportedly made in the southern districts of the city, Ukrainian journalist Ihor Solovey reported, according to Obozrevatel.

He ridiculed the fake spin, noting a way too obvious mistake in the word "Ukraine" written on the wall. Also, those who drew what they thought was Ukraine's coat of arms seem to be unaware of how it actually looks like. The photo also shows a "confession", for some reason written in Russian: "We are khokhols" [which in fact is a derogatory term for Ukrainians which is widely used in Russia].

"Ask yourself: could any Ukrainian label himself a 'khokhol', pass off Poseidon's trident as Ukraine's coat of arms, and finally write 'Glory of Ukraine' with massive mistakes? But those people who actually did this could," the journalist wrote.

In his opinion, it is Russian info-ops troops with the GRU military intelligence who have long launched a propaganda campaign to claim Ukraine is one way or another involved in the Libyan conflict.

As UNIAN reported earlier with the reference to Al Jazeera, Russian fighters in Libya were flown out to a town south of Tripoli by their eastern-based allies after retreating from front lines at the capital, Tripoli.

The reported departure of the Russians to the airport of Bani Walid, a town 150 km southeast of Tripoli, was another blow to renegade eastern commander Khalifa Haftar's self-styled Libyan National Army (LNA) and his foreign allies, who have been trying to take the capital for more than a year from the UN-recognized Government of National Accord (GNA), Al Jazeera reports.

Although LNA spokesman earlier denied any foreigners were fighting with his force, the presence of the Russian fighters has been widely documented by diplomats and journalists, and photographs purporting to show Russians in the city of Bani Walid have been posted on social media.

If you see a spelling error on our site, select it and press Ctrl+Enter
Tags:fakenewsLibyarefutation