"May God save us": Mali president resigns, dissolves parliament amid coup – media

It comes hours after he and Prime Minister Boubou Cissé were taken to a military camp near the capital Bamako, drawing condemnation from regional powers and France. 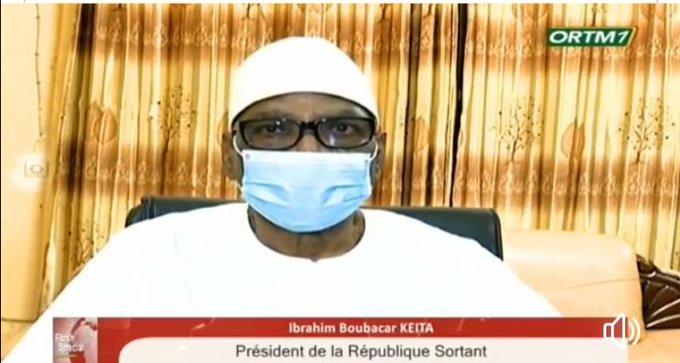 In a televised address, Mr. Keïta said he was also dissolving the government and parliament, the BBC reported.

"I want no blood to be spilled to keep me in power," he added.

It comes hours after he and Prime Minister Boubou Cissé were taken to a military camp near the capital Bamako, drawing condemnation from regional powers and France.

Read alsoRussia setting up military bases in Africa – German intel report"If today, certain elements of our armed forces want this to end through their intervention, do I really have a choice?" said Mr. Keïta.

"I hold no hatred towards anyone, my love of my country does not allow me to," he added. "May God save us."

Earlier, the mutinying soldiers took control of the Kati camp. The president's son, the speaker of the National Assembly, the foreign and finance ministers were reported to be among the other officials detained.

Kati camp was also the focus of a mutiny in 2012 by soldiers angry at the inability of the senior commanders to stop jihadists and Tuareg rebels taking control of northern Mali.

Read alsoLukashenko to protesters: "No new vote unless you kill me"When news first broke of the mutiny, the United Nations and African Union both called for the release of those held by the soldiers.

If you see a spelling error on our site, select it and press Ctrl+Enter
Tags:coupAfricaMali