The map was engraved by a female citizen of the Russian Federation. 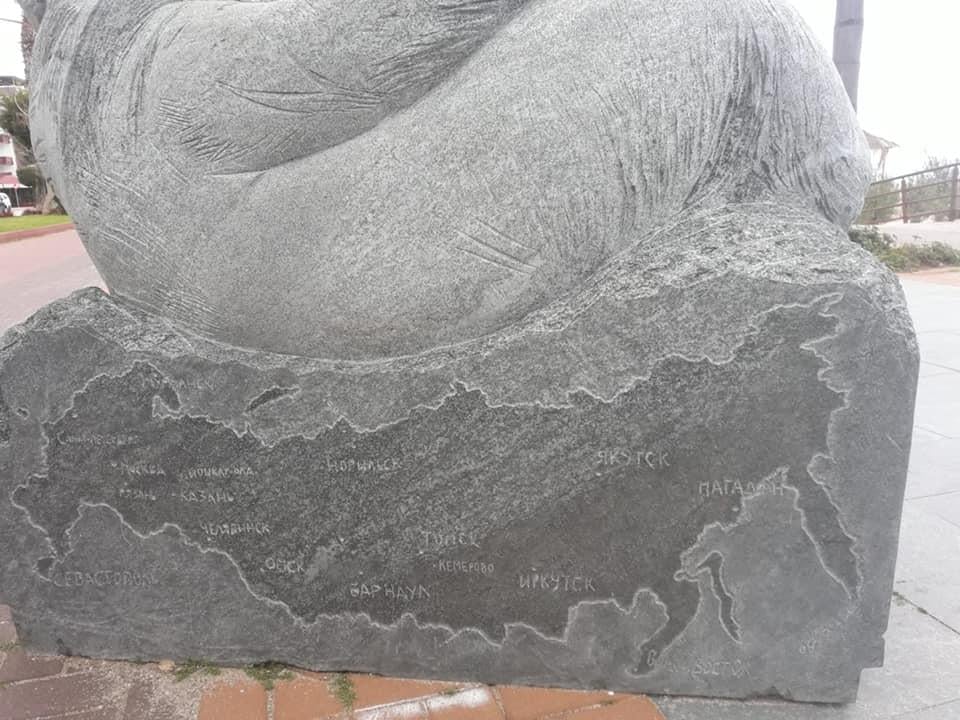 Ukraine's First Deputy Minister of Foreign Affairs Emine Dzhaparova (Dzheppar) has said a map of the Russian Federation with Ukraine's Crimean peninsula seized by Russia in 2014, which was engraved on a sculpture on display at an international art festival in Turkey, has been erased.

The author of the map was a female citizen of the Russian Federation, the official said on Facebook.

"We are grateful to the Turkish partners for the immediate reaction. Now art has stopped being used as a political tool of influence and no longer misleads local residents and guests of the wonderful city of Alanya about the territory of the Russian Federation. Crimea is Ukraine!" Dzhaparova said.

If you see a spelling error on our site, select it and press Ctrl+Enter
Tags:RussiaMFAUkraineoccupiedCrimeamapRussianOccupationDzhaparova