The president of Azerbaijan believes that the new trilateral statement "draws a line under what happened last year." 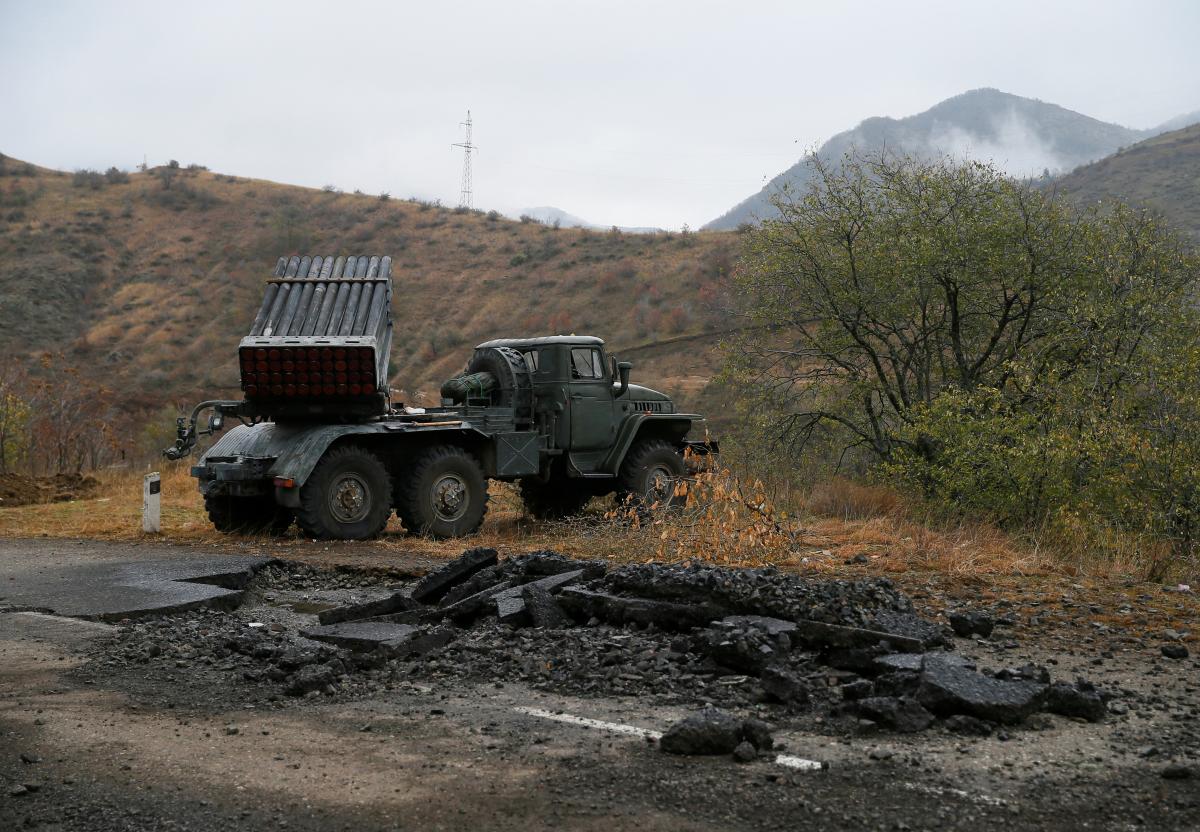 Following talks on Monday, January 11, the leaders of Armenia, Azerbaijan, and the Russian Federation signed a joint statement on the development of Nagorno-Karabakh.

Yerevan and Baku agreed to create a working group at the level of vice prime ministers to address issues of the region's economy and transport infrastructure.

Also, working expert subgroups will be created in the near future to draft action plans on the said issues.

According to the adopted statement, the working group shall by March 1, 2021, submit for approval at the highest level a list and schedule for the implementation of measures for the restoration of existing and construction of new transport infrastructure facilities to ensure international transportation via Azerbaijan and Armenia.

Read alsoUSSR 2.0: Putin's legacyCommenting on the outcome of the talks, Azerbaijani President Ilham Aliyev said that the unblocking of transport communications, which has been discussed by the heads of the three countries, meets the interests of both Yerevan and Baku.

Aliyev believes that the new trilateral statement "draws a line under what happened last year."

Unblocking transport communications will allow Azerbaijan for the first time in 30 years to establish communication with the Nakhichevan Autonomous Republic, while Armenia will get a railroad connection to Russia and Iran through the territory of Azerbaijan, he explained.

In addition, there will be access to the Turkish market and the Turkish and Russian railway arteries.

Armenian Prime Minister Nikol Pashinyan stated that "the implementation of the agreements reached in Moscow can change the economic image and appearance of the region, while economic innovations could lead to even more reliable security guarantees."

On September 27, the latest round of escalation started in the conflict between Armenia and Azerbaijan over Nagorno-Karabakh region.

On November 10, all hostilities were ceased in the conflict zone. This was announced in a statement signed by Azerbaijani President Ilham Aliyev, Armenian Prime Minister Nikol Pashinyan, and Russian President Vladimir Putin.

According to the agreements reached, Azerbaijan and Armenia will hold ground at their current positions. A Russian peacekeeping contingent deploys along the line of contact in Nagorno-Karabakh and along the corridor connecting Nagorno-Karabakh with Armenia. Internally displaced persons and refugees are returning to Nagorno-Karabakh and surrounding areas under the control of the UN High Commissioner for Refugees. The exchange of prisoners of war, other detainees, and bodies is being carried out. All economic and transport links in the region are being unblocked.

Armenia was supposed to hand control of the Kelbajar region to Azerbaijan by November 15, and of the Lachin region – by December 1, while retaining the Lachin corridor (5 km wide) to ensure the link between Nagorno-Karabakh and Armenia. This shall not cover the city of Shusha.