The politician's allies assume that he was poisoned with something mixed into his tea. 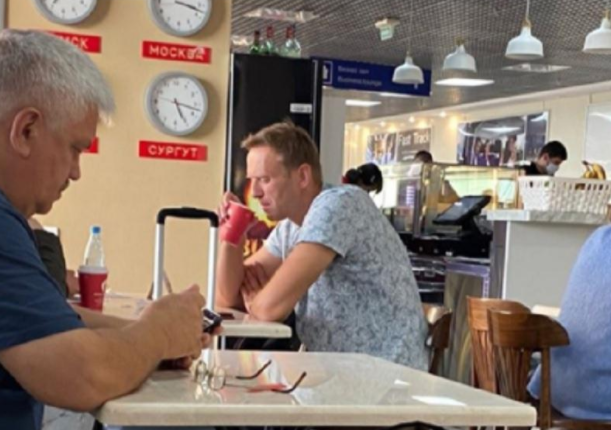 Navalny is holding the cup of tea at Tomsk airport / Screenshot

A CCTV video has captured the moment showing who gave Russian opposition politician, fierce critic of President Vladimir Putin Alexei Navalny a cup of tea having drunk which he went into coma.

Before boarding his flight, Navalny got the tea at a Tomsk airport cafe from his aide Ilya Pakhomov, according to the Mash channel on Telegram.

"The CCTV video from Tomsk Airport shows that Alexei sits down at a table without the drink. Later, Navalny's aide Ilya Pakhomov, an employee of FBK [the Anti-Corruption Foundation set up by Navalny], brings him the cup. Thus, no one at the counter knew for whom the drink was being prepared," the channel says.

Yet, those who comment on the video on YouTube point to the bad quality of the footage, which makes it hard to draw any conclusion.

If you see a spelling error on our site, select it and press Ctrl+Enter
Tags:RussiaNavalnyhealthpoisonpoisoning