Russia inherited the Soviet claim to the Peter the Great Bay, which the U.S. Navy said is "inconsistent with the rules of international law 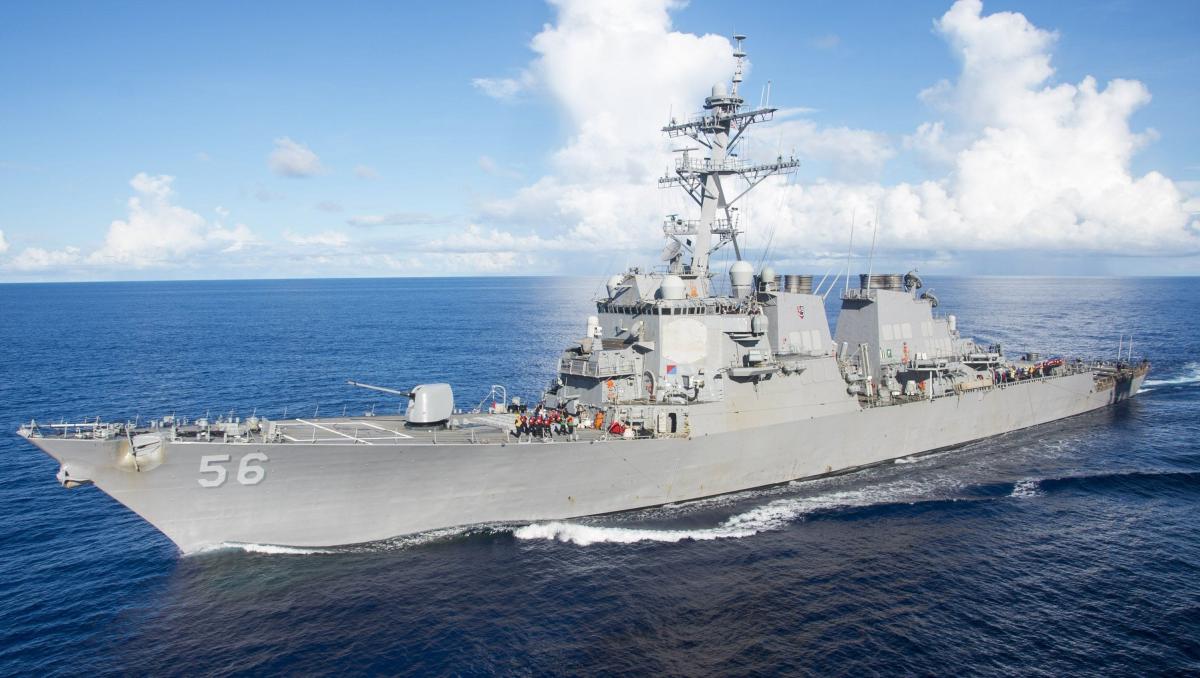 The U.S. Navy on Tuesday sent another warship to challenge maritime claims in the Western Pacific, this time in an area claimed by Russia, according to a 7th Fleet spokesman.

The guided-missile destroyer USS John S. McCain, based at Yokosuka, "asserted navigational rights and freedoms in the vicinity of Peter the Great Bay in the Sea of Japan," with a freedom of navigation operation aimed at challenging Russia's "excessive maritime claims," Lt. Joe Keiley said in the statement, as per Stripes.com.

The Soviet Union in 1984 claimed the bay as its internal waters, drawing a 106-nautical-mile line from its adjacent coasts to enclose the water area.

Russia inherited the Soviet claim, which the U.S. Navy said is "inconsistent with the rules of international law as reflected in the Law of the Sea Convention to enclose the waters of a bay."

"By drawing this closing line, the USSR  attempted to claim more internal waters – and territorial sea farther from shore – than it is entitled to claim under international law," Keiley said.

The Russian Defense Ministry said that when the McCain crossed about 1.2 miles into the bay, its anti-submarine destroyer Admiral Vinogradov threatened the ship via an international communication channel that it would "force (the McCain) out of the country’s territorial waters in a ramming maneuver" if they did not leave, according to TASS.

"After the warning was issued and the Admiral Vinogradov changed its course, the USS John S. McCain destroyer returned to international waters," the ministry said in a statement.

"The United States will never bow in intimidation or be coerced into accepting illegitimate maritime claims, such as those made by the Russian Federation," said the lieutenant.

Freedom-of-navigation operations are intended to refute territorial claims and demonstrate a right to open navigation, according to the U.S. Navy.

If you see a spelling error on our site, select it and press Ctrl+Enter
Tags:RussiaUSANavylawsea