The group is run by Rinaldo Nazzaro who is living in an upmarket apartment in Russia. 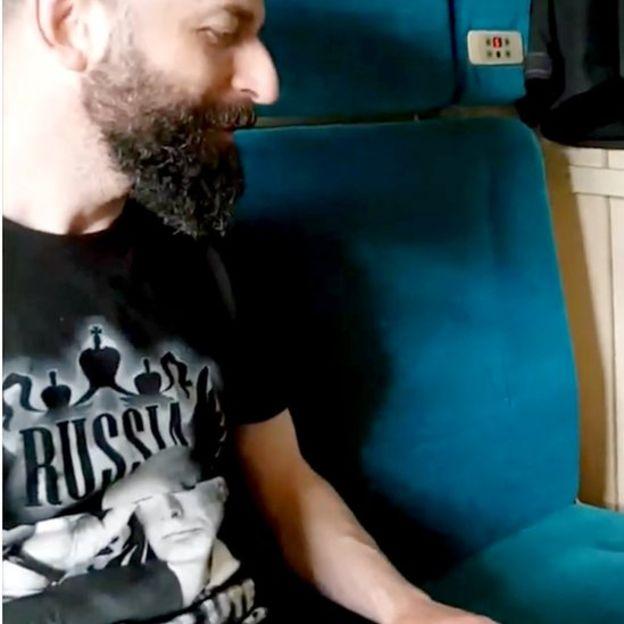 Secret efforts to groom and recruit teenagers by a neo-Nazi militant group have been exposed by covert recordings.

They capture senior members of The Base interviewing young applicants and discussing how to radicalize them, the BBC reports.

The FBI has described the group as seeking to unite white supremacists around the world and incite a race war.

The recordings were passed to US civil rights organization, the Southern Poverty Law Center, before some were shared with BBC One's Panorama.

Rinaldo Nazzaro, founder of The Base, is a 47-year-old American. Earlier this year the BBC revealed he was directing the organization from his upmarket apartment in St. Petersburg, Russia.

The interviews, which took place via conference call on an encrypted app, followed a pattern - prospective members were asked by Nazzaro about their personal history, ethnicity, radicalization journey and experience with weapons, before a panel of senior members posed their own questions.

The would-be recruits were quizzed on what books they had read, including Adolf Hitler's Mein Kampf, and were encouraged to familiarize themselves with the group's white supremacist ideology, which predicts and seeks to accelerate racial warfare, requiring followers to prepare for conflict and social breakdown.

During the calls, Nazzaro can be heard welcoming members of other extremist groups.

The young applicants, who hide behind aliases and display varying degrees of ideological awareness, describe their radicalization by online videos and propaganda.

When interviewees left the calls, senior members discussed their potential before arranging to vet them in person at a later date.

The recordings make clear that The Base sought to recruit soldiers from western militaries to draw on their training with tactics and firearms.

Nazzaro informed one British teenager that the idea of societal collapse was a "guiding philosophy". A European teenager was told that such a collapse would be desirable, even at a local level, if it offered a "power vacuum that we can take advantage of".

One boy was told "we have a goal of initially creating two to three man cells in as many areas as possible" and that the "UK is a place that we think there is a lot of potential".

During a post-interview discussion about a 17-year-old from Europe, one older man spoke of "shaping" his belief system, with Nazzaro saying he needed a "little work ideologically" but was "definitely headed in the right direction".

Dr Cassie Miller, a senior research analyst at the Southern Poverty Law Center, describes the recordings as a "highly unusual glimpse" into this extreme world, showing there was "no singular pathway to radicalization".

She says those applying to The Base came from a variety of backgrounds: "I think it's really best to think of them as a reflection of a society that is so deeply politically polarized".

In the American State of Georgia, three members of The Base are currently facing conspiracy charges for allegedly plotting to murder an anti-fascist couple.

The Base is the latest underground organization to emerge from an international neo-Nazi network originally generated by a now-defunct web forum called Iron March.

If you see a spelling error on our site, select it and press Ctrl+Enter
Tags:RussiaBritainUSAEuropeanUnionextremismneo-Nazi