The levels were "not harmful for human health." 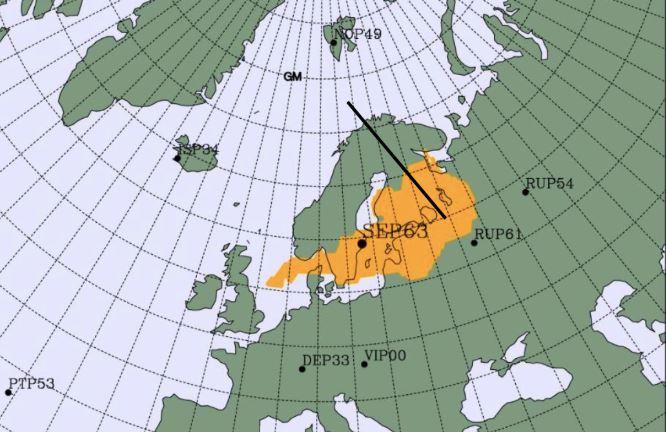 A map of isotope release / Image from Lassina Zerbo's Twitter

The CTBTO head, Lassina Zerbo, tweeted on June 26 that the elevated levels of three radionuclides generally associated with civil nuclear activities – cesium-134, cesium-137, and ruthenium-103 – had been detected on June 22-23.

But the group also said later the same day that the levels it saw were "not harmful for human health."

Russia's Federal Service for Surveillance on Consumer Rights Protection and Human Wellbeing (Rospotrebnadzor) said on June 29 that it had measured radiation levels after the CTBTO's report and all measurements "indicated stability."

The Rospotrebnadzor's press service stressed that Russia's executive bodies, monitoring the radiation situation, did not confirm the information in question.

Rosenergoatom, a unit of the state nuclear company Rosatom, said over the weekend that Russia's two northwest nuclear power plants, in the Leningrad region and Kola peninsula, were working normally and radiation levels were unchanged.

If you see a spelling error on our site, select it and press Ctrl+Enter
Tags:RussiaEuropeEuropeanUnionincidentnuclearRosatom