The document was signed on September 21. 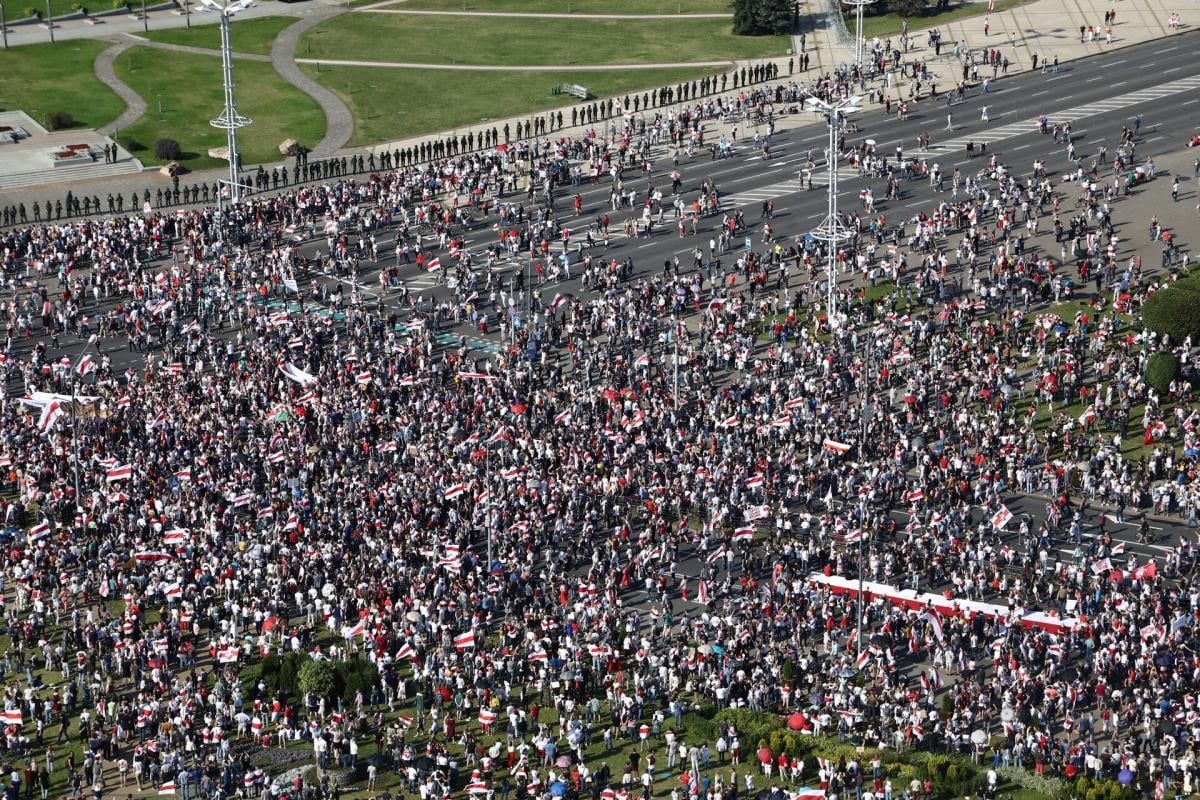 Chairman of the Verkhovna Rada of Ukraine Dmytro Razumkov has signed a statement on Belarus, which was passed by Ukraine's parliament on September 15.

The document was signed on September 21, as reported on the parliament's website.

On September 15, Ukraine's parliament passed a statement on Belarus.

The lawmakers consider it unacceptable to involve Russia's troops and apply the Collective Security Treaty Organization (CSTO) agreement in resolving the crisis in Belarus. "We shall consider such a step a direct threat to the European security and that of Ukraine," the statement says.

Read alsoKuleba warns Russia against steps undermining Belarus sovereignty, destabilizing regionThe Verkhovna Rada believes the presidential elections in Belarus were neither free nor fair, and held amid the lack of competition between candidates, free media, and authoritative observers from international organizations such as the OSCE and the Council of Europe.

It is also noted the elections "were held with significant violations, multiple refusals to register candidates, and non-transparent vote count."

The MPs consider it unacceptable to intimidate opponents, imprison them, and create obstacles to independent national observers at polling stations.

"All this gives grounds to believe that the officially announced results of the presidential elections in Belarus do not reflect the real expression of the will of Belarusian citizens," reads the statement.

The Ukrainian parliament condemns the use of "excessive force and brutality" by Belarusian law enforcement.

The Verkhovna Rada demands the release of all detainees and hopes the official authorities of Belarus will not allow further escalation of persecution, both of their opponents, for political reasons, and citizens of Belarus who took to the streets of cities to express their disagreement with the government's actions.

Ukraine respects the sovereignty of Belarus and "resolutely rejects accusations voiced by the Belarusian side of involvement in destabilization of Belarus."

The Ukrainian parliament also calls on the Belarusian authorities to establish an equal dialogue with Belarusian society to find a peaceful way out of the crisis.

If you see a spelling error on our site, select it and press Ctrl+Enter
Tags:UkraineBelarusstatementVerkhovnaRadaRazumkov