The blaze comes just over a year after a massive fire at the Notre-Dame Cathedral in Paris, which destroyed its roof and main spire. 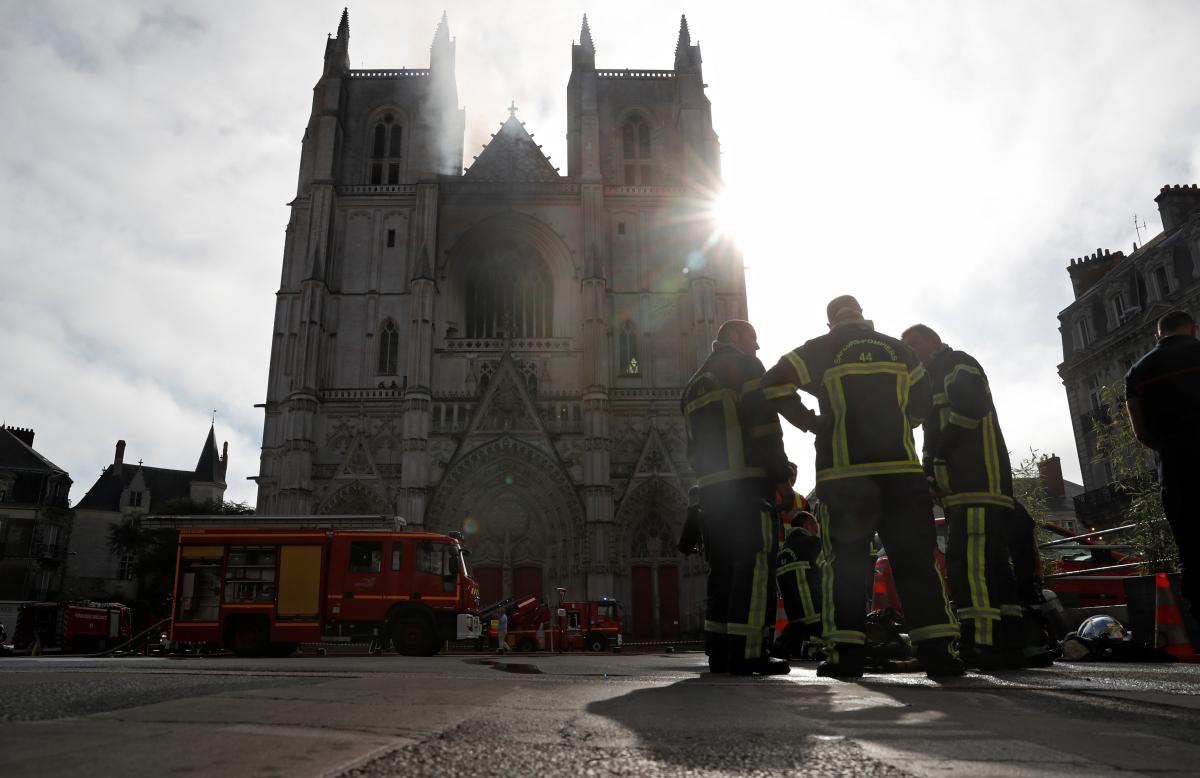 A fire in the 15-century cathedral in the western French city of Nantes blew out stained glass windows and destroyed the grand organ on Saturday, and officials said they suspected arson.

Prosecutor Pierre Sennes told reporters three fires had been started at the site and authorities were treating the incident as a criminal act. He gave no other details, as reported by Reuters.

Officials said an investigation had been opened.

The fire began in the early morning, engulfing the inside in massive flames, and dozens of firemen brought it under control after several hours. Smoke was still coming out of the Gothic structure later on Saturday morning.

The blaze comes just over a year after a massive fire at the Notre-Dame Cathedral in Paris, which destroyed its roof and main spire.

"After Notre-Dame, the St. Peter and St. Paul Cathedral is in flames. Support to the firemen who are taking all the risks to save the Gothic jewel," President Emmanuel Macron tweeted from Brussels, where he was attending an EU summit.

Local fire chief Laurent Ferlay told reporters 104 firemen were still at the site to ensure the blaze was completely under control.

The fire broke out behind the grand organ, which was completely destroyed, he said. Stained glassed windows at the front of the cathedral were blown out.

However, the damage was not as bad as initially feared.

"We are not in a Notre-Dame de Paris scenario. The roof has not been touched," Ferlay said.

Prime Minister Jean Castex and the culture and interior ministers were due to visit the scene later in the day.

"I want to know what happened even if it's very early," Castex told reporters.

Jean-Yves Burban, who runs a newsagent facing the cathedral, said he had opened his business and heard a bang at around 7:30 a.m. He went outside to see huge flames coming from the building.

"I am shook up because I've been here eight years and I see the cathedral every morning and evening," he told Reuters. "It's our cathedral and I've got tears in my eyes."

It was not the first time fire has damaged the cathedral in Nantes, which is about 340 km (210 miles) southwest of Paris.

It was partly destroyed during World War Two in 1944 after Allied bombings. In 1972, a fire completely ravaged its roof. It was finally rebuilt 13 years later with a concrete structure replacing the ancient wooden roof.

"The fire of 1972 is in our minds, but at this stage the simulation is not comparable," Nantes Mayor Johanna Rolland told reporters.

In 2015, a fire that appeared to have been caused by renovation work destroyed most of the roof of another church in Nantes, the Saint Donatien Basilica. 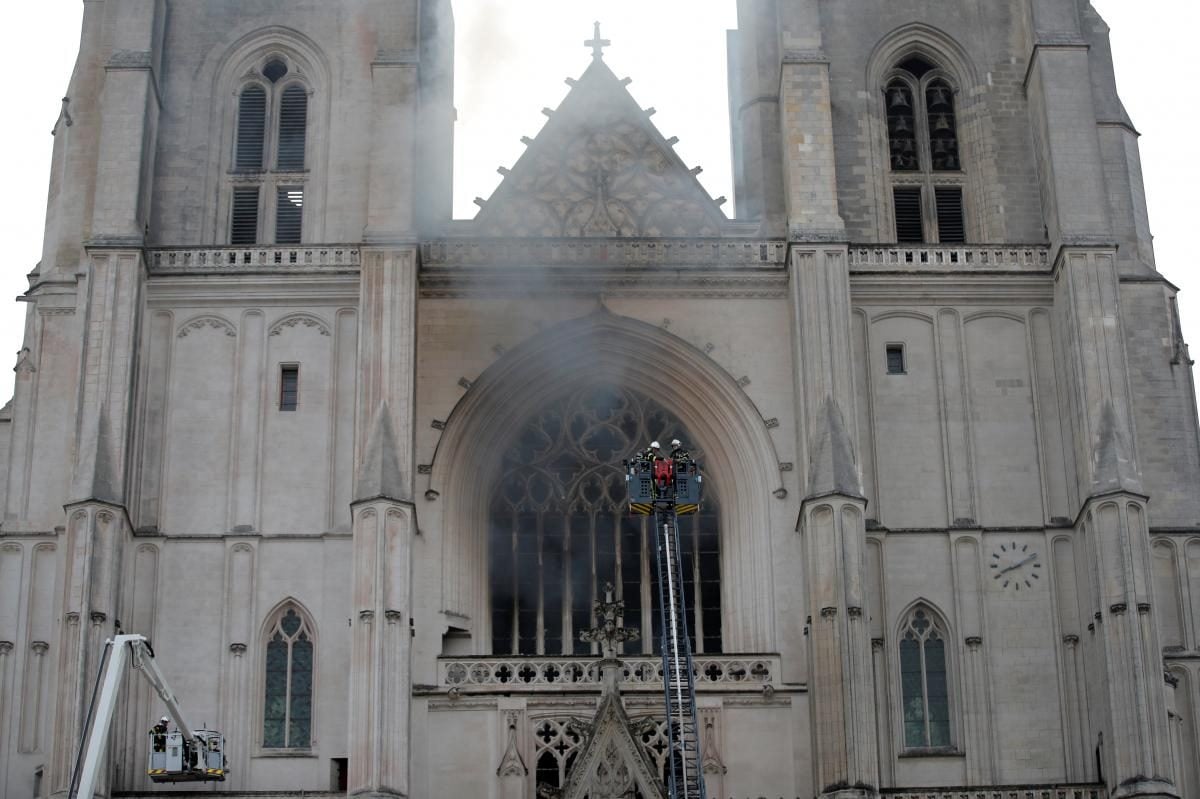 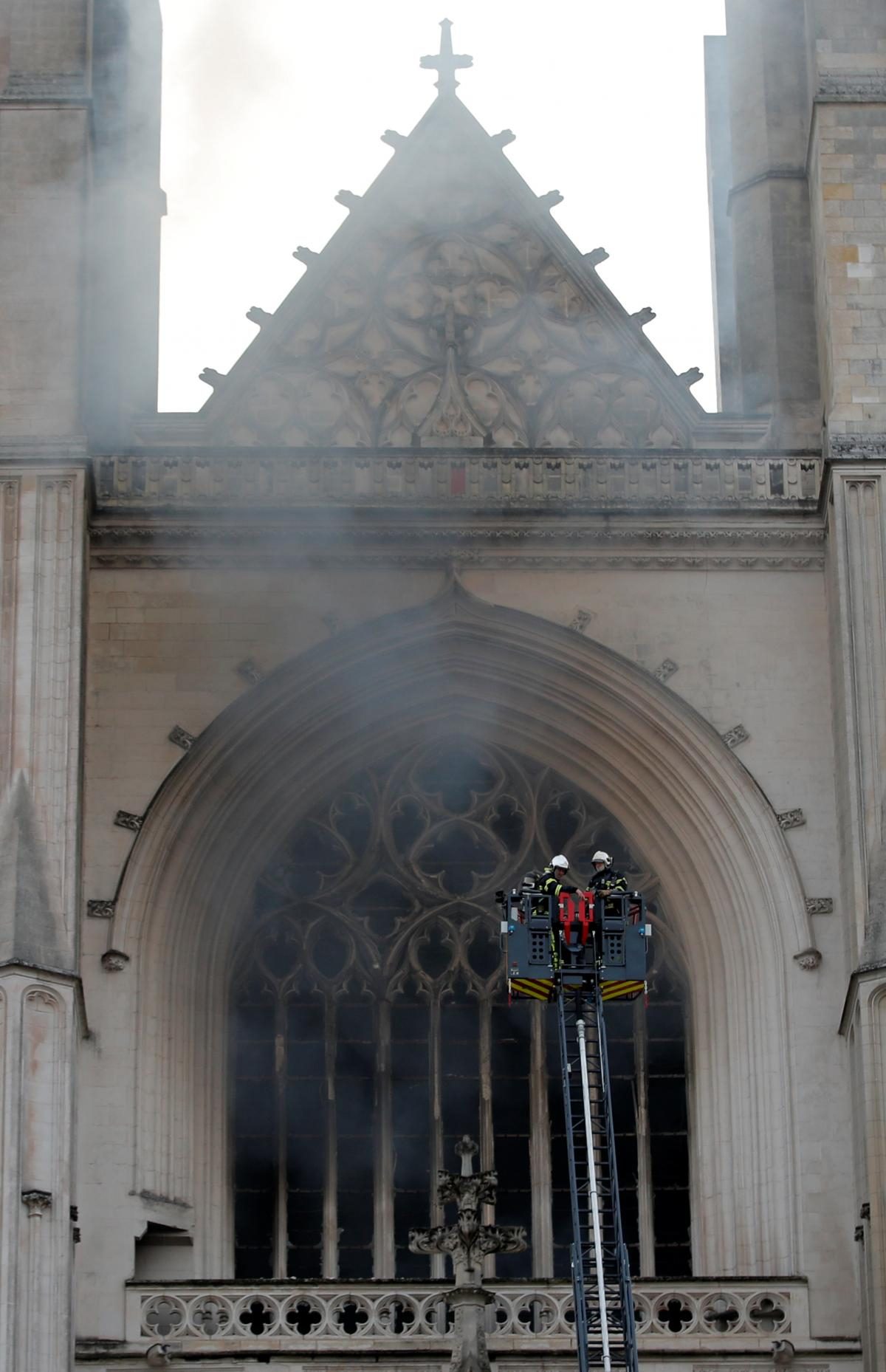 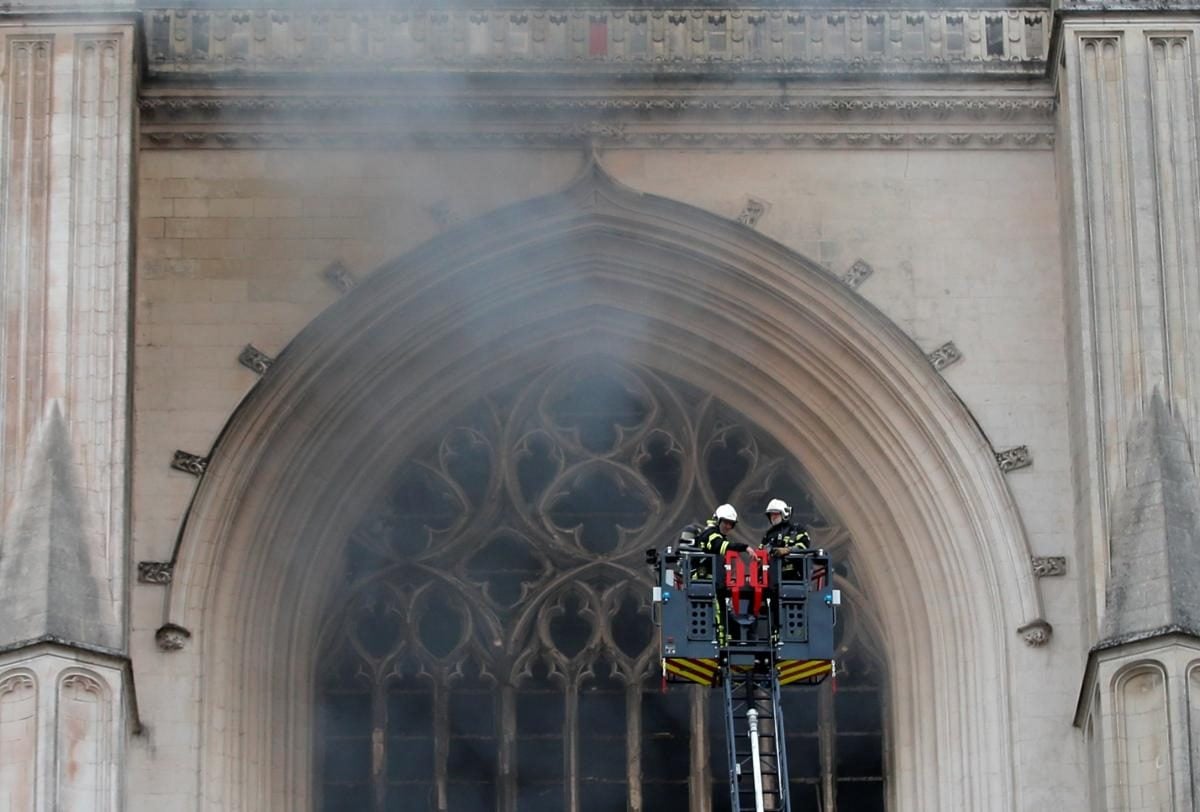 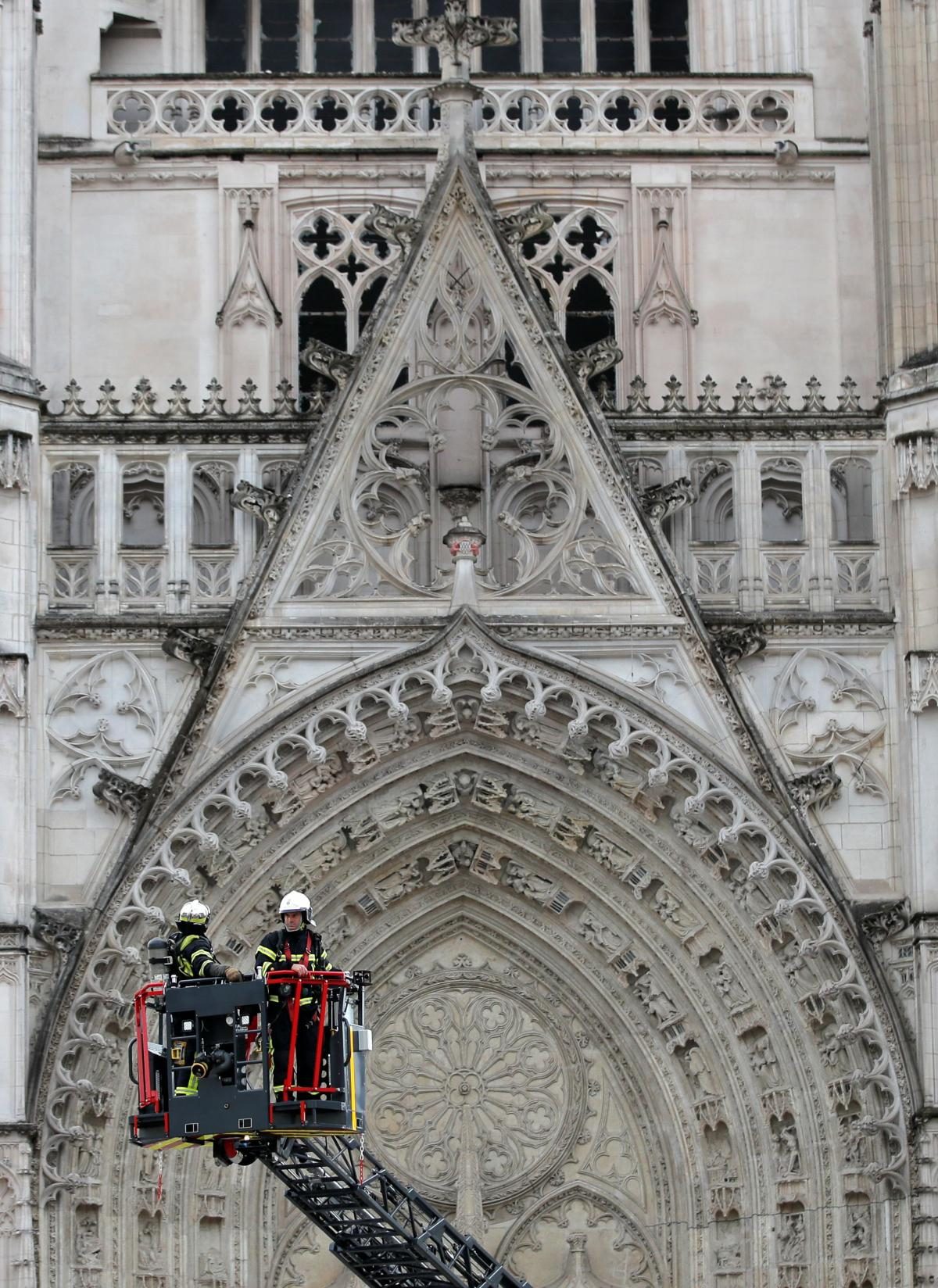 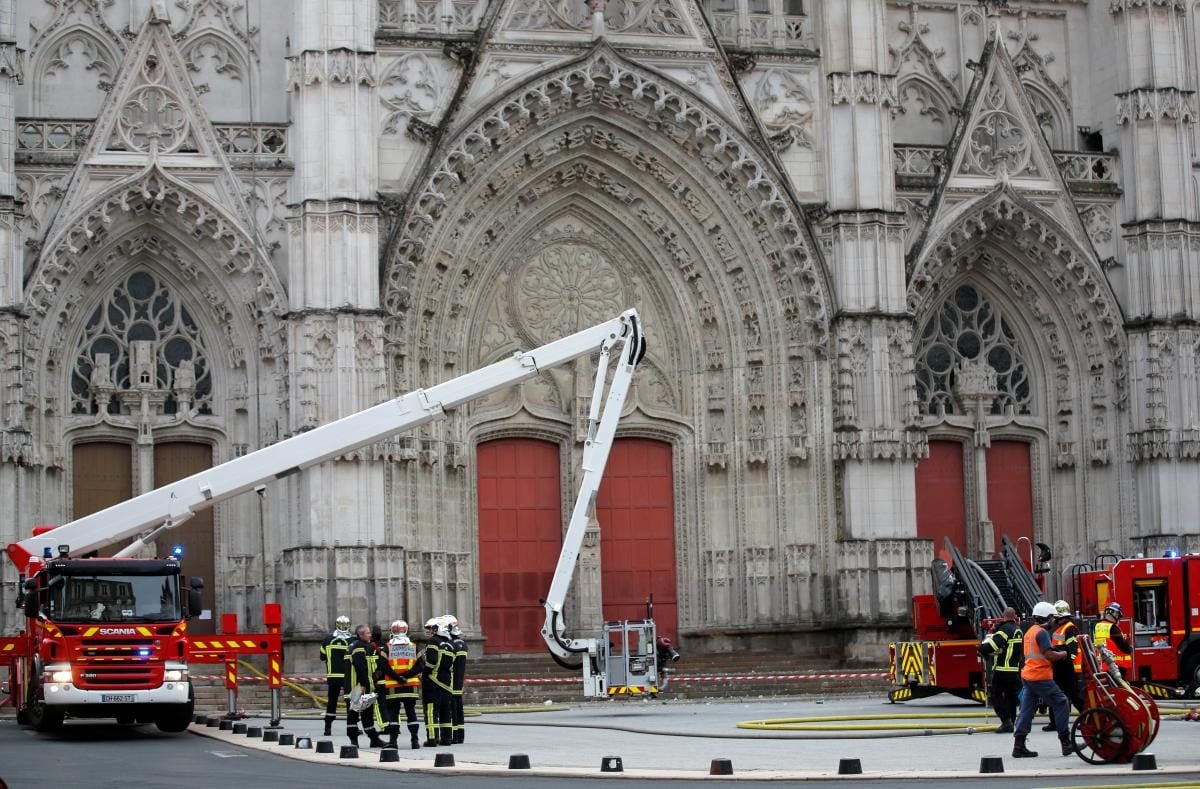 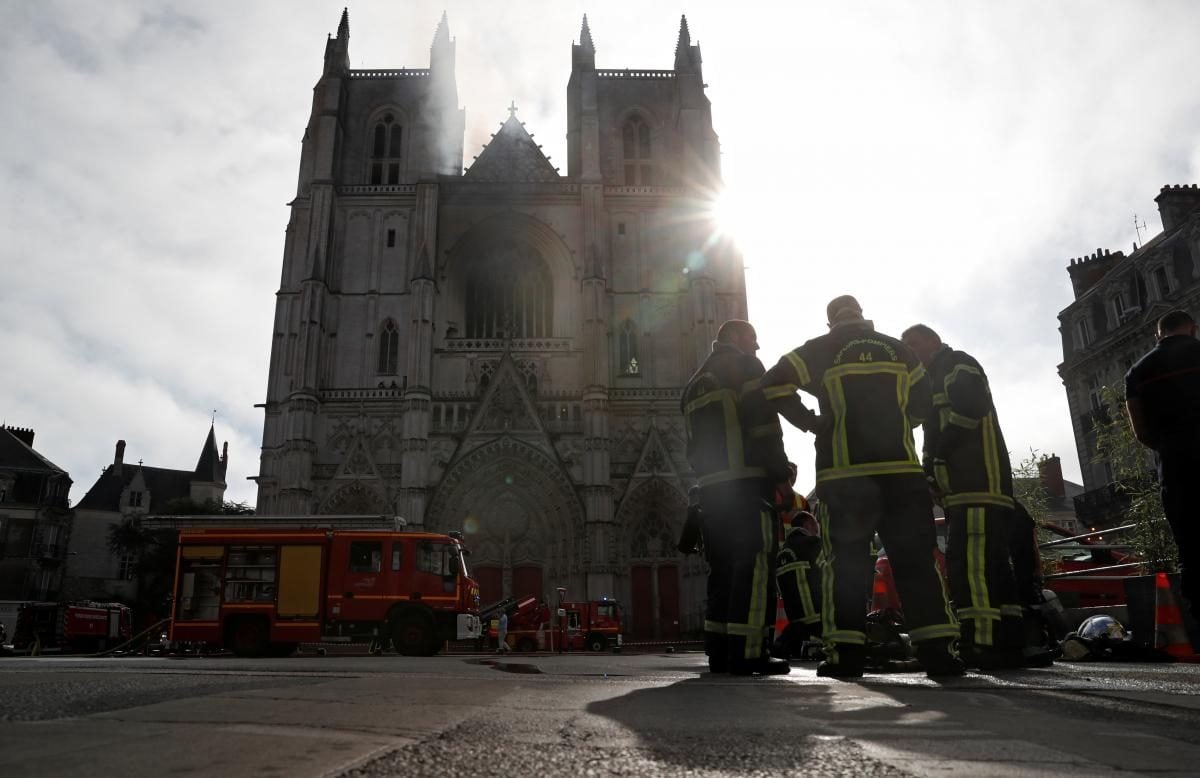 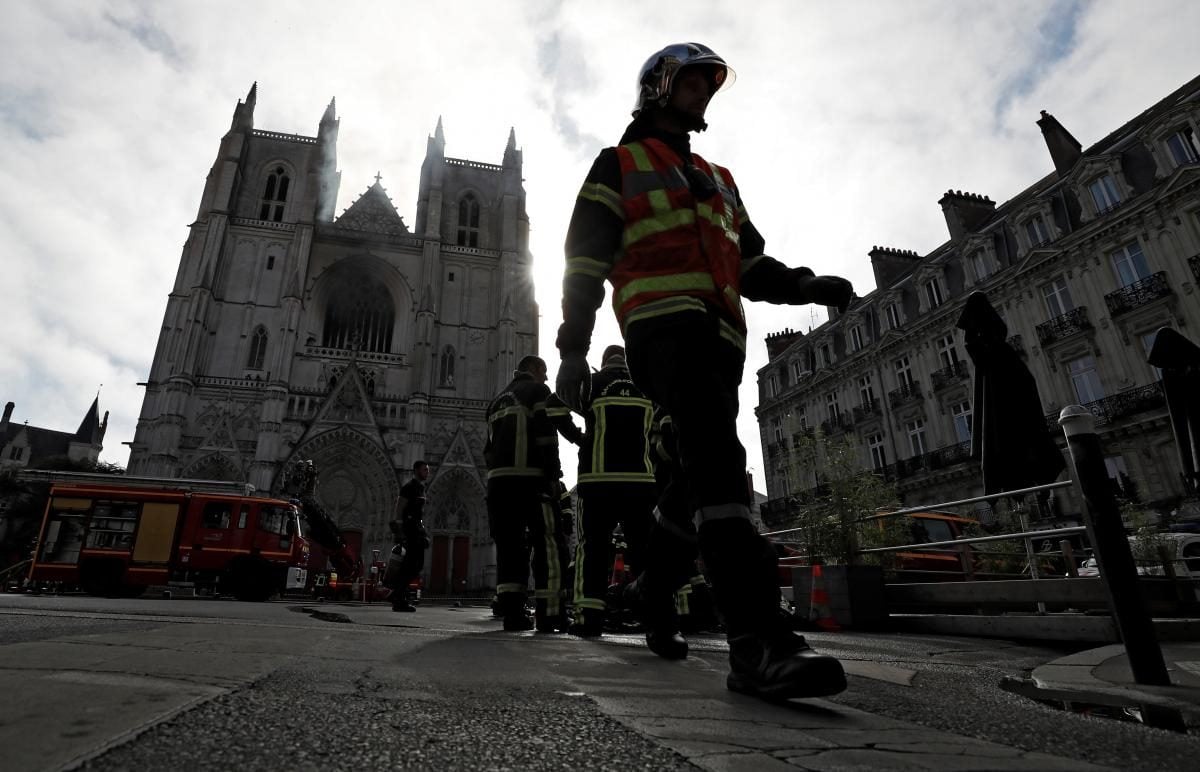 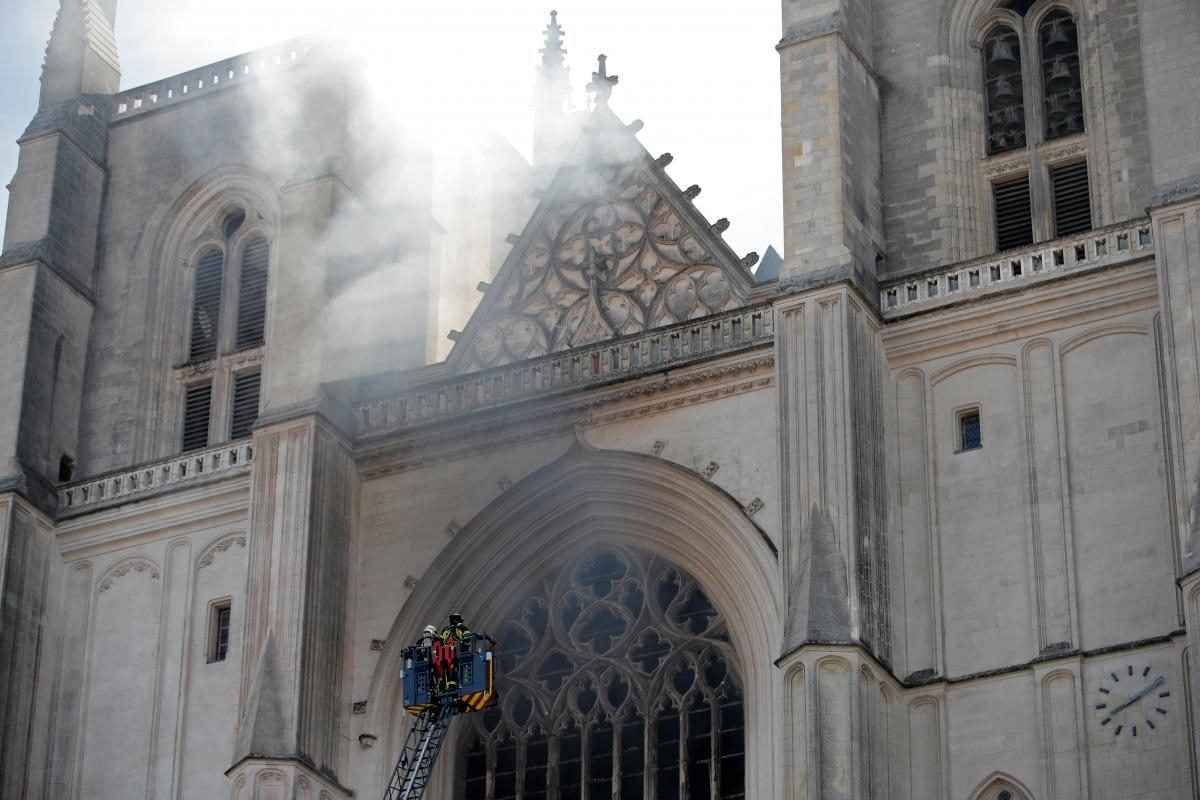 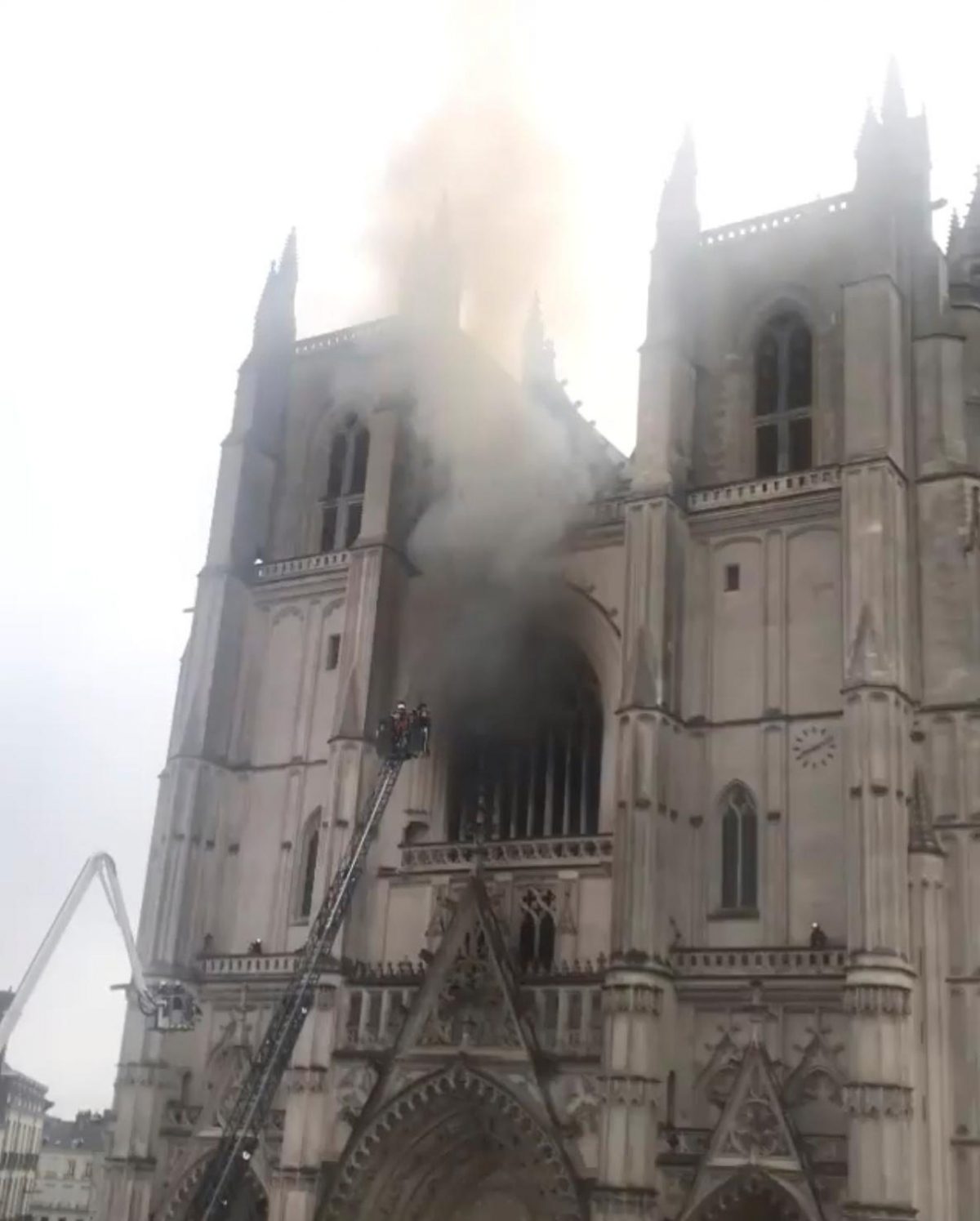 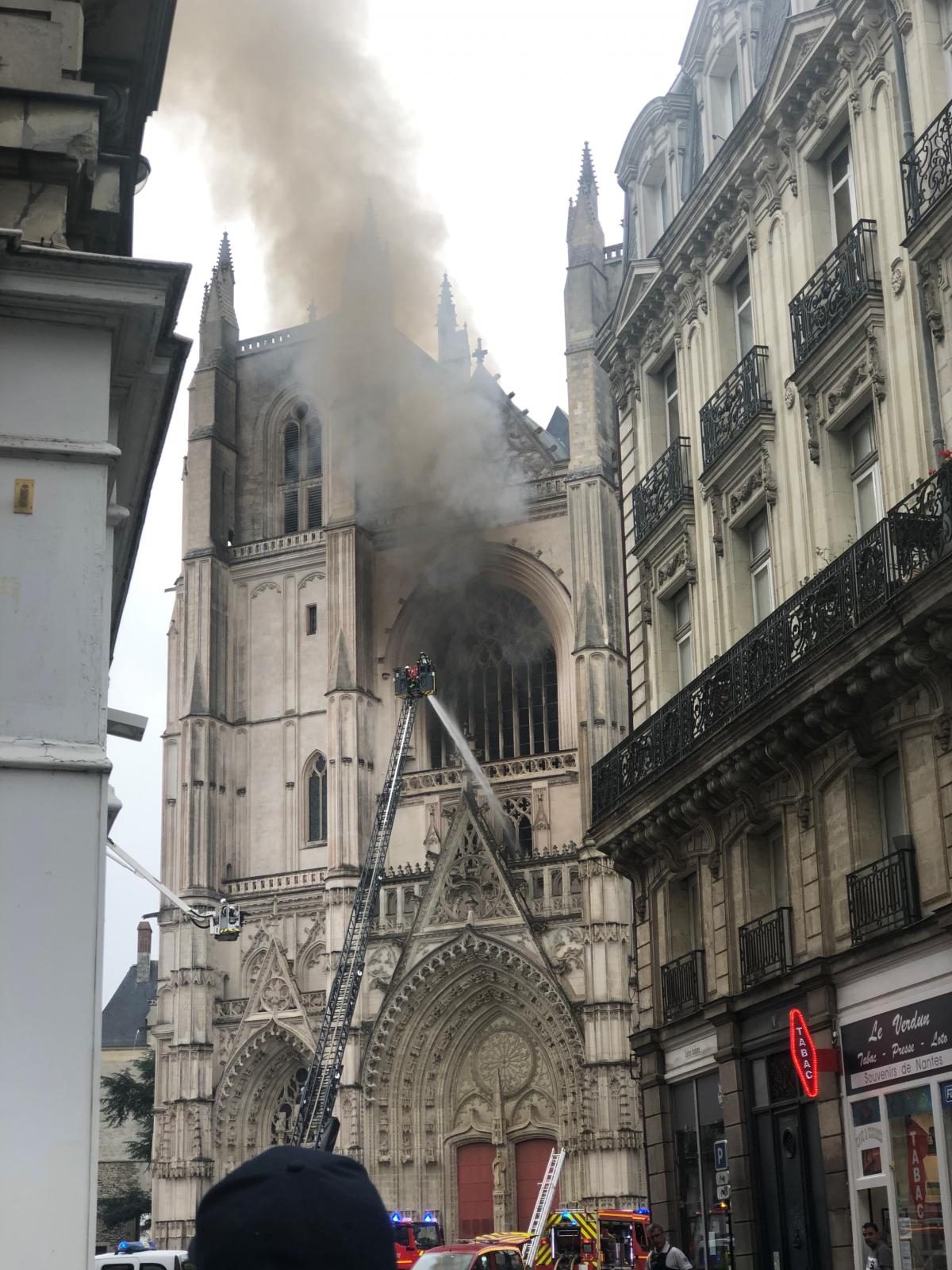 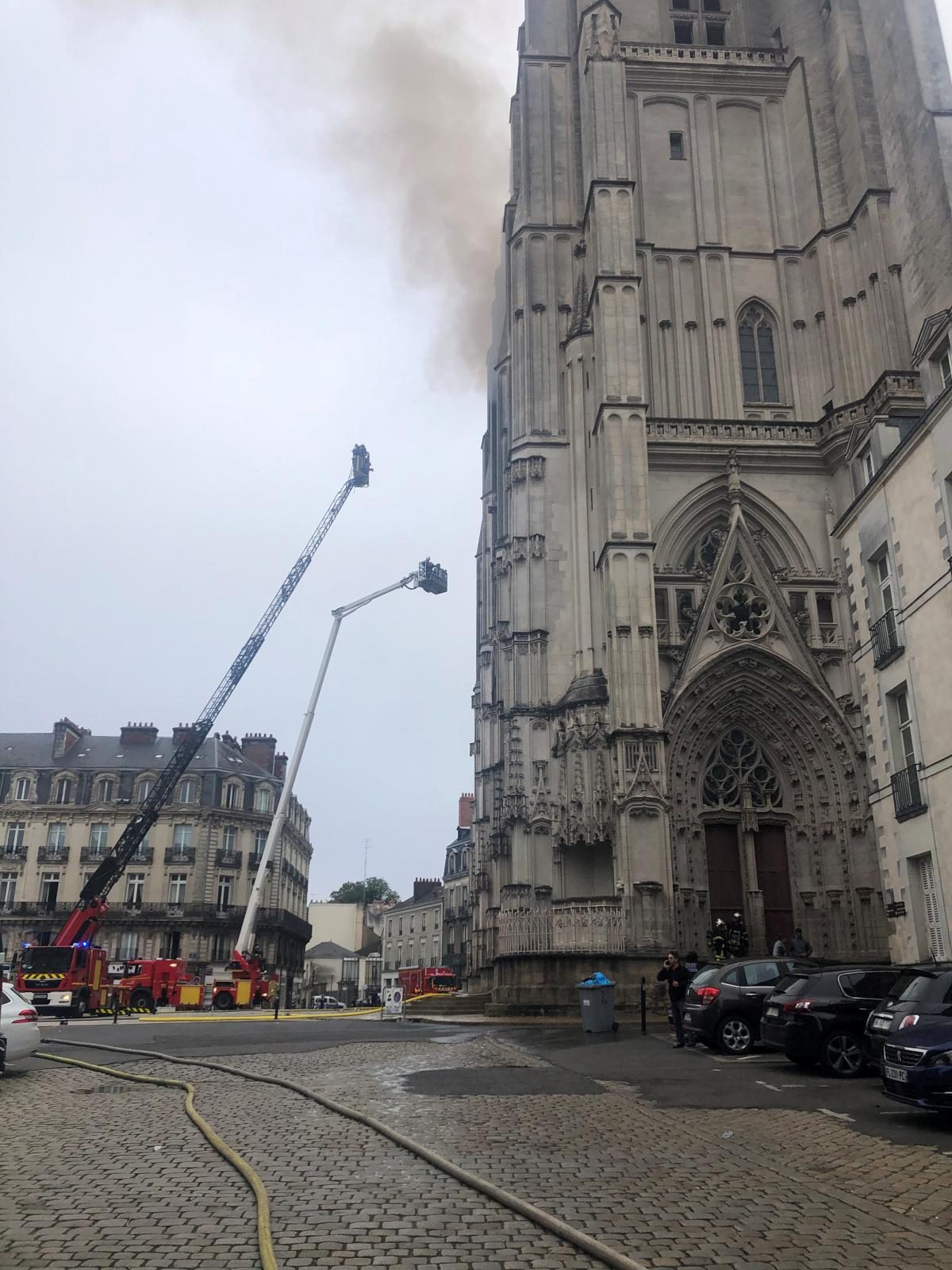 © REUTERS
If you see a spelling error on our site, select it and press Ctrl+Enter
Tags:Franceinvestigationfiredestructionarson