There are doubts that the latest video conference calls involving the Russian president were made from his main residence outside Moscow. 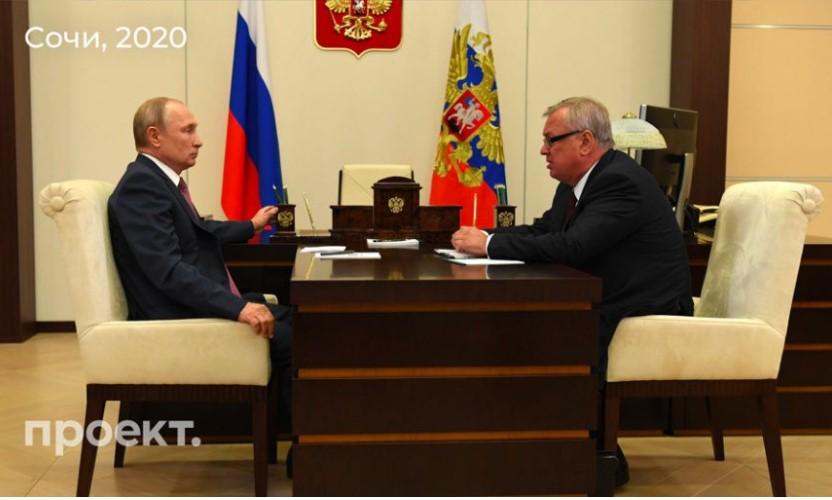 Russian President Vladimir Putin over the last few months has been living at his "dacha" in Sochi instead of his main residence outside Moscow, while this information has remained undisclosed to the general public, and it was the two absolutely identical offices in both locations that helped the government do the trick of hiding the president's exact location.

On November 3, the report reads, Putin flew to St. Petersburg where he came out to the public, inspecting the Viktor Chernomyrdin icebreaker. After this, confusion ensues.

According to the Flightradar24 open data service, the plane with the call sign RSD 143 (the one that flies the president) and the accompanying plane had that day taken off to St. Petersburg from Sochi. This is really strange, journalists note, because, as per the Kremlin's official website, throughout all the days preceding the visit the head of state had been allegedly working at his Novo-Ogaryovo residence near Moscow. Theoretically, Putin could have decided to make a major Moscow-Sochi-Petersburg detour, but Flightradar24 never recorded these flights.

According to the Kremlin website, from October 21 to November 2, Putin worked within Moscow region only. For example, on October 29, VTB head Andrei Kostin allegedly visited him there. First, Putin reportedly took the banker to his office, where both held a conference call with the Russia Calling! investment forum before having a one-on-one chat.

It remains unclear why the state bank governor hadn't personally attended the forum in Moscow before reporting to Putin's office near Moscow. The photos and videos published by the Kremlin press service left no doubt – Putin and Kostin were sitting in an office very similar to the one located outside Moscow. 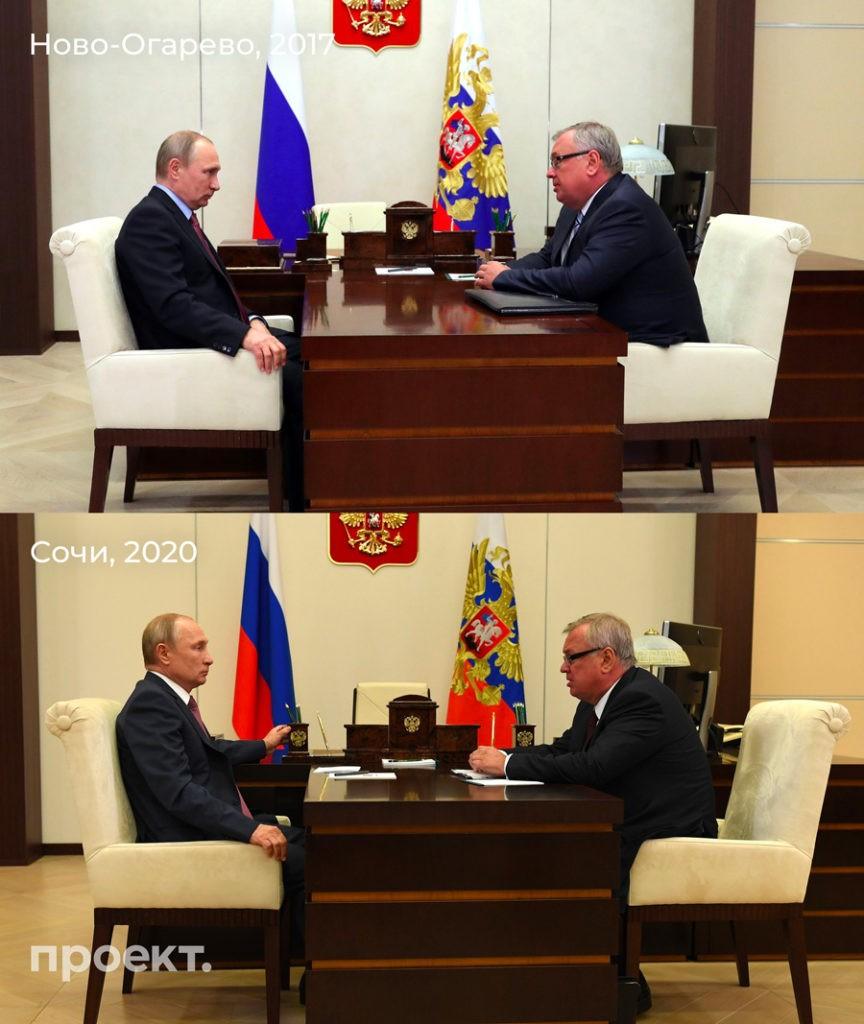 On November 2, visually from the same office, Putin spoke via video link with a group of students. And again, there was an inscription on the kremlin.ru website claiming the location was Moscow region, Novo-Ogaryovo. The president's staff, however, were in Sochi that day, of which a source close to one of them has told Project. And it was from there that the next day the presidential plane took off for St. Petersburg.

The report claims Putin has been working from his Sochi dacha on the Black Sea coast since at least the end of summer, and chose not to reveal his location. With the second wave of the coronavirus epidemic everyone was expecting, the Kremlin logic suggested, people should think that in such difficult times the president should be as close to the capital as possible, journalists say.

This is according to the two soruces familiar with the president's schedule, as well as a top manager of the state-owned company.

Informed sources say a copy of Putin's office in Novo-Ogaryovo near Moscow was built for him on the Black Sea coast to allow falsifying reports on his whereabouts.

Journalists could have prevented such manipulation had it not been for quarantine-related curbs, which left the state-owned VGTRK media team the only group of journalists allowed to actually see the president in person pending lockdown.

If you see a spelling error on our site, select it and press Ctrl+Enter
Tags:RussiaPutinresidencecoronaviruslockdown