The United States is closely monitoring the situation around Alexei Navalny, analyzing meddling in the U.S. elections, and other acts by Russia. 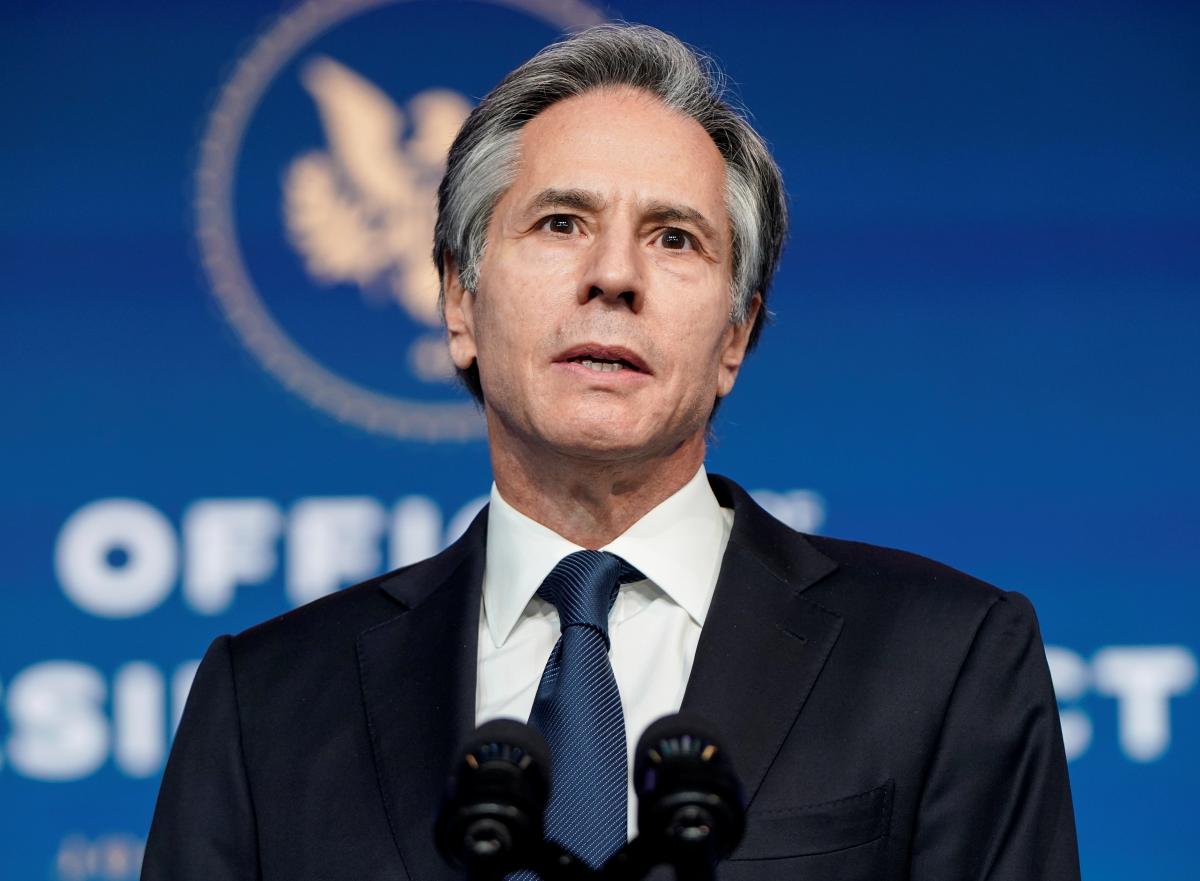 Antony Blinken says the U.S. expressed its deep concern for the treatment of  Navalny / REUTERS

New United States Secretary of State Antony Blinken says he does not rule out that new restrictive measures may be introduced against the Russian Federation.

He announced this at his first press briefing in Washington, D.C., on January 27, according to an UNIAN correspondent.

Asked what are the redlines under which the U.S. will consider sanctioning Russia if there is any harm that comes to detained Russian opposition leader Alexei Navalny, Blinken said: "We're reviewing all of these actions that are of deep concern to us, whether it is the treatment of Mr. Navalny, and particularly the apparent use of a chemical weapon in an attempt to assassinate him. We're looking very urgently as well at SolarWinds and its various implications. We're looking at the reports of bounties placed by Russia on American forces in Afghanistan. And of course, we're looking at these questions of election interference."

"So all of that, as the President and the White House have indicated, are under review. I don't want to get ahead of where we are on those reviews," he said.

"[We are] not ruling out anything. But we want to get this full review done and then we'll take it from there," he added.