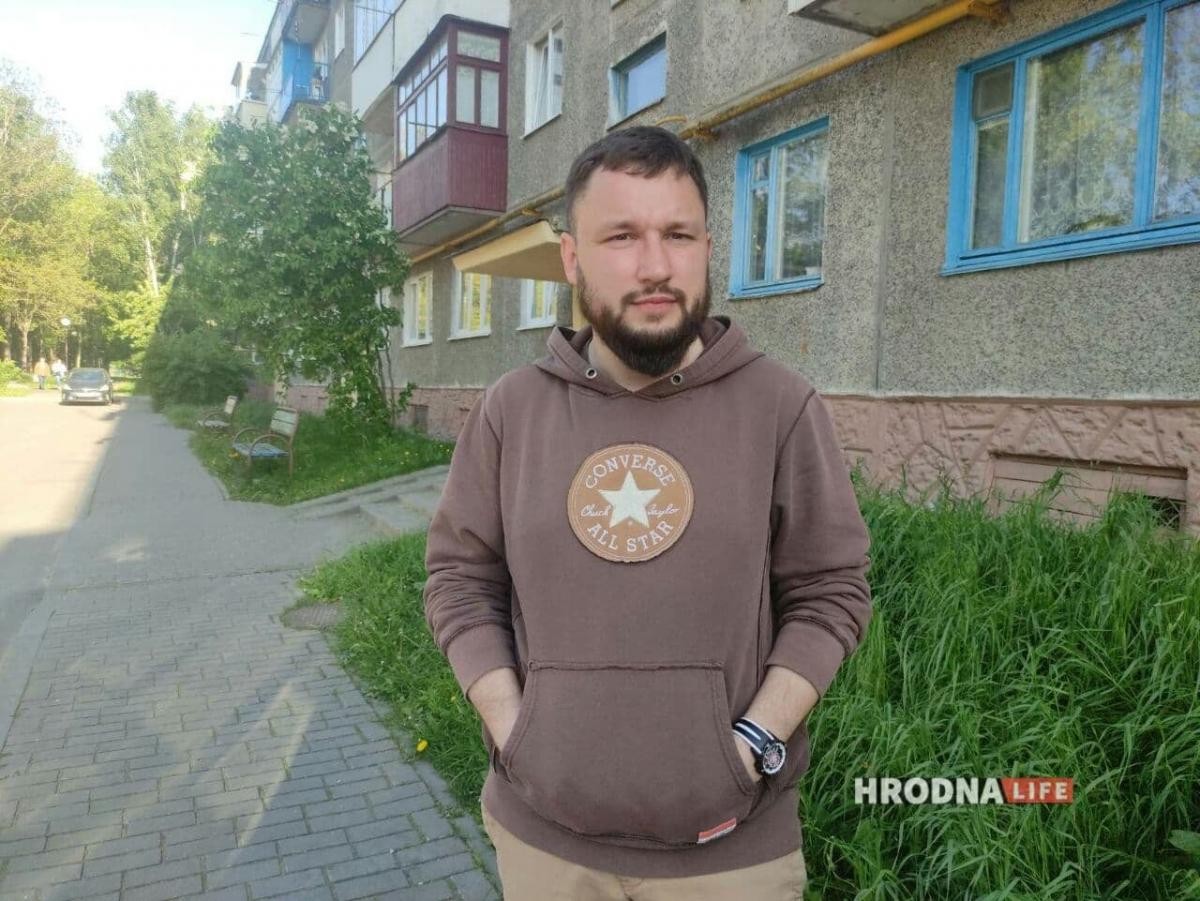 Belarusian police have freed editor-in-chief of the Hrodna.life news portal Alexei Shota, 32, who was detained in the city of Grodno (Hrodna), Belarus, on Sunday, May 30, 2021.

The media outlet said on Facebook on the same day.

"He was released from the Leninsky District Department of Internal Affairs. They treated him 'well, with respect.' Nevertheless, before they collected his explanations, he had spent half an hour in a cell with a man who is a vagrant," it said.

"During the search at the house, they seized one laptop, one phone, three old hard drives, a red and white umbrella," it added.

Shota will have to pay a fine under Article 19.11 of Belarus' Criminal Administrative Code.

Half an hour after the release of Shota, law-enforcement agents came to journalist Irina Novik's apartment. "Irina is also involved in the 'extremist materials' case. Probably, there will be a raid on her house," Hrodna.life said. 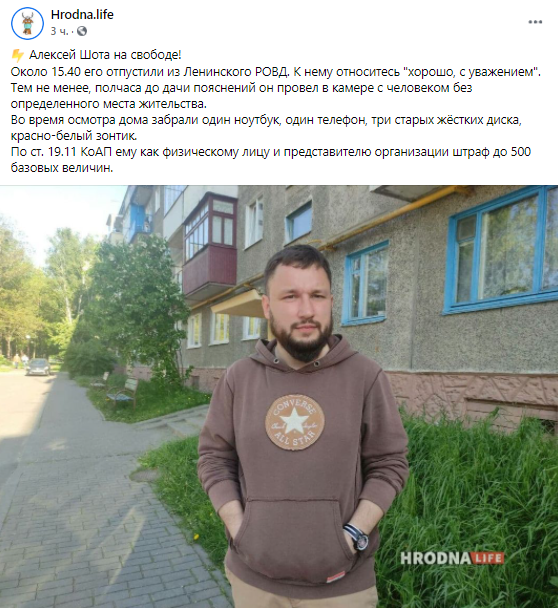 On May 30, 2021, Alexei Shota, the editor-in-chief of Hrodna.life, was detained in Belarus. Belarus' authorities explained the cause behind his detention. They said they had "revealed the fact that the Hrodna.life website had posted information products that were duly designated as extremist ones."

This detention followed another notorious case when dissident journalist Roman Protasevich was arrested after a forced landing of a plane he was on board.