One of pro-Trump protesters who stormed the Capitol only speaks Russian and has a Russian interpreter. 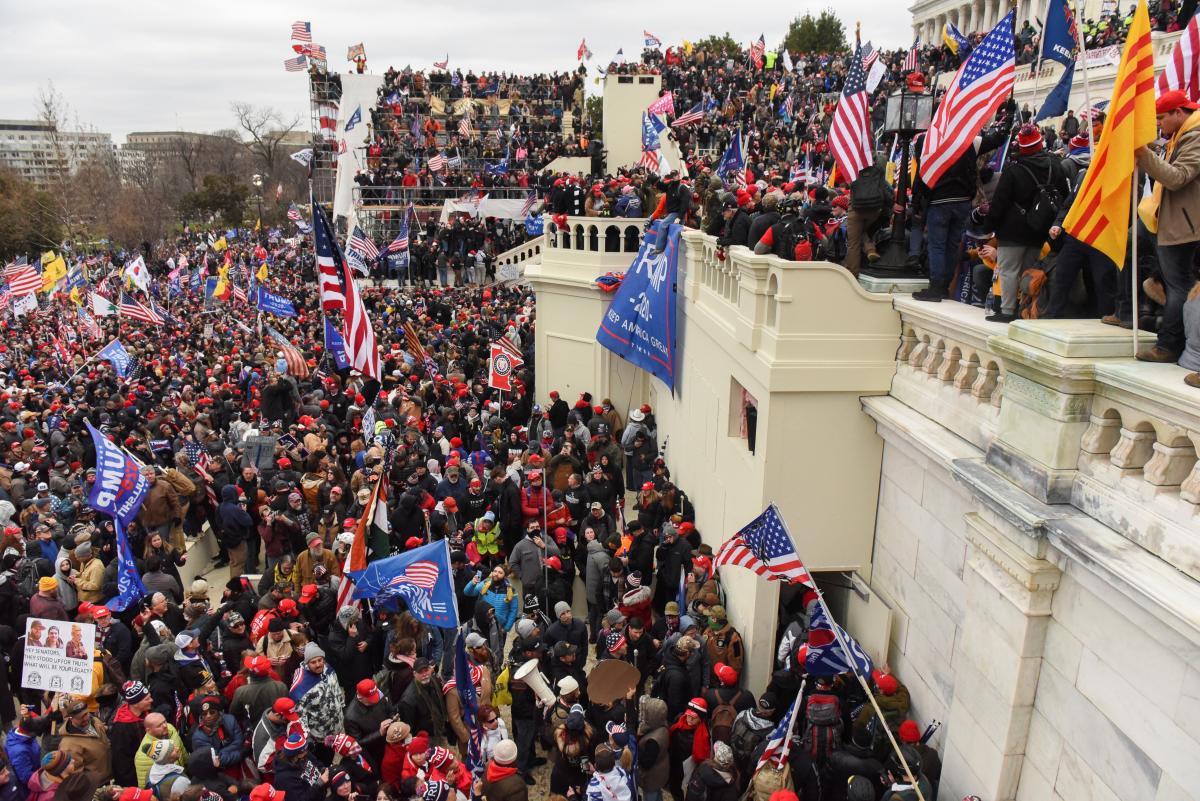 Several dozen people arrested in the violent chaos at the U.S. Capitol made their first appearances in court on Thursday, and one of the arrested rioters needed a Russian interpreter.

This was reported by the Hromadske media outlet referring to The Washington Post.

According to The Washington Post, in D.C. Superior Court, 40 defendants were charged with unlawful entry of public property and were notified that prosecutors are reviewing evidence of an additional charge of curfew violation. Most of the defendants came from outside of the Washington region – including Oregon, Florida, Wyoming, Connecticut and Pennsylvania – though some were from the District, Maryland, and Virginia.

One defendant who needed a Russian interpreter told a judge, "I don't know what unlawful entry you are referring to."

In turn, BuzzFeed contributor Ema O'Connor said that there was an arrested woman who spoke only Russian.

"Someone who only speaks Russian and has a Russian interpreter is currently being arraigned for unlawful entry and curfew violation, same as the other rioters, though she said that she doesn't understand b/c she 'didn't enter anything,'" O'Connor tweeted.

"The woman who needed a Russian translator was Yevgemya Malimon, 54, who was arrested with her daughter Kristina Malimon, 28," she said in a later tweet.

Alexey Kovalyov, an investigative editor for the Meduza Project, in turn, added that the Malimons had arrived in the United States from Moldova.

"Before you succumb to #Russiagate rage, please mind that the Malimons arrived to the US from Moldova, not Russia (which is evident from their social media). So yes, gullible and reckless, but very unlikely a nefarious GRU op," he said on Twitter.