The two leaders spoke after meeting in the Oval Office. 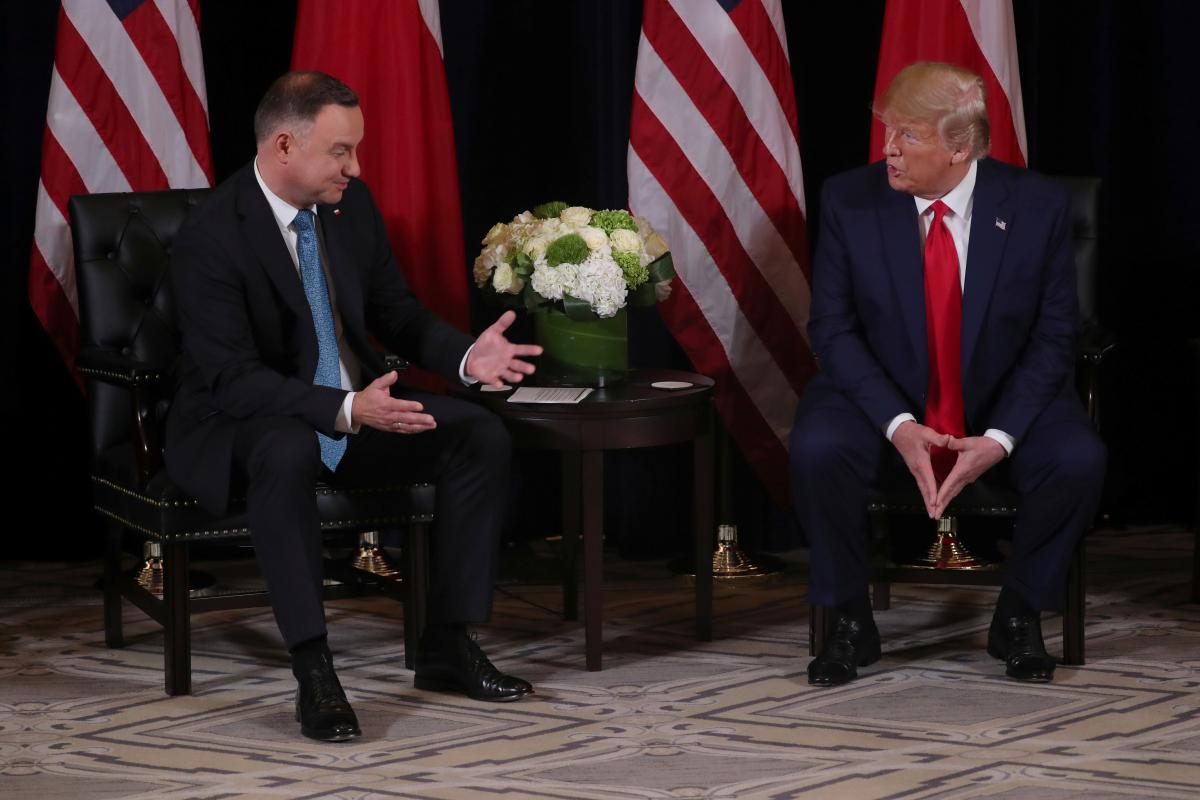 A defense agreement would send more U.S. troops to Poland, bolstering defense cooperation between the two NATO allies and acting as a further counterweight against Russian aggression, Reuters reported.

"I think it sends a strong message to Russia," Trump told a news conference with Duda in the White House Rose Garden, where he criticized other European countries for buying Russian energy.

The two leaders spoke after meeting in the Oval Office.

Duda said it was an honor to discuss next steps in relations at the White House. "Today we are entering another stage, namely there is a possibility of further increase in American troops in our country," he said.

Trump said he might move U.S. troops from Germany to Poland. The Republican president wants to take thousands of U.S. forces out of Germany because he says the United States bears too much of a financial burden for the deployment and criticizes the government in Berlin for buying Russian energy.

Washington objects to the Russia's Nord Stream 2 pipeline, which would double the amount of gas piped directly from Russia to Germany and reduce the amount piped in Ukraine.

Critics have accused Duda and Trump of calling the visit just before the Polish election in order to improve the right-leaning Duda's chances of winning, as his lead in opinion polls has dropped in recent weeks.

Duda's visit appeared aimed at boosting his re-election campaign – Poland's nationwide presidential vote is on Sunday. The nationalist Polish leader has emerged as one of Trump's preferred foreign partners. The two have met one-on-one at least five times.

If you see a spelling error on our site, select it and press Ctrl+Enter
Tags:EuropeNATOUSAPolandTrumpEuropeanUnionDudaGermany