There are signs showing the icon is of Ukrainian origin and had been stolen from the war-torn region in Donbas. 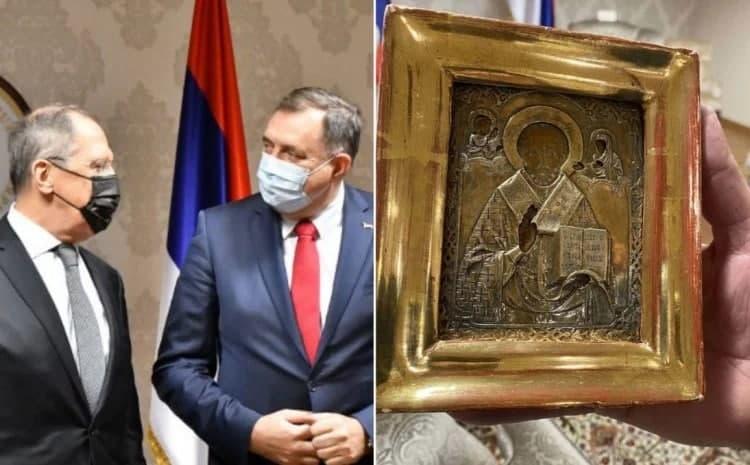 Russia announced on December 19 that it is returning a centuries-old Orthodox icon that was given to Foreign Minister Sergei Lavrov during his latest visit after Ukrainian diplomats claimed it was a protected treasure smuggled from Ukraine.

"The icon will be returned to its donors for further clarification on its history via Interpol," the Russian Foreign Ministry told journalists, according to RFE/RL.

An image of the artifact and its seal had suggested it might be from the Ukrainian city of Luhansk, which has been under the occupation of Russian-controlled forces since 2014.

Read alsoUkraine preparing sanctions against Russia over Crimean winery – ReznikovIts seal clearly stated that it was Ukrainian "cultural heritage" under protection of authorities in the Odesa region.

The Ukrainian Embassy in Bosnia and Herzegovina this week demanded explanations from Sarajevo after Russia's top diplomat Sergei Lavrov during his visit received as a gift a 300-year-old Ukrainian icon, originally from Luhansk, as a gift from one of the members of Bosnia's ethnically-based power-sharing Presidium, head of Republika Srpska Milorad Dodik.

Lavrov's visit to Bosnia was also marred by another scandal as the Croat and Muslim Bosniak members of the country's three-man presidency declined to meet Russia's top diplomat.