Public emergency has been extended until the day after the inauguration. 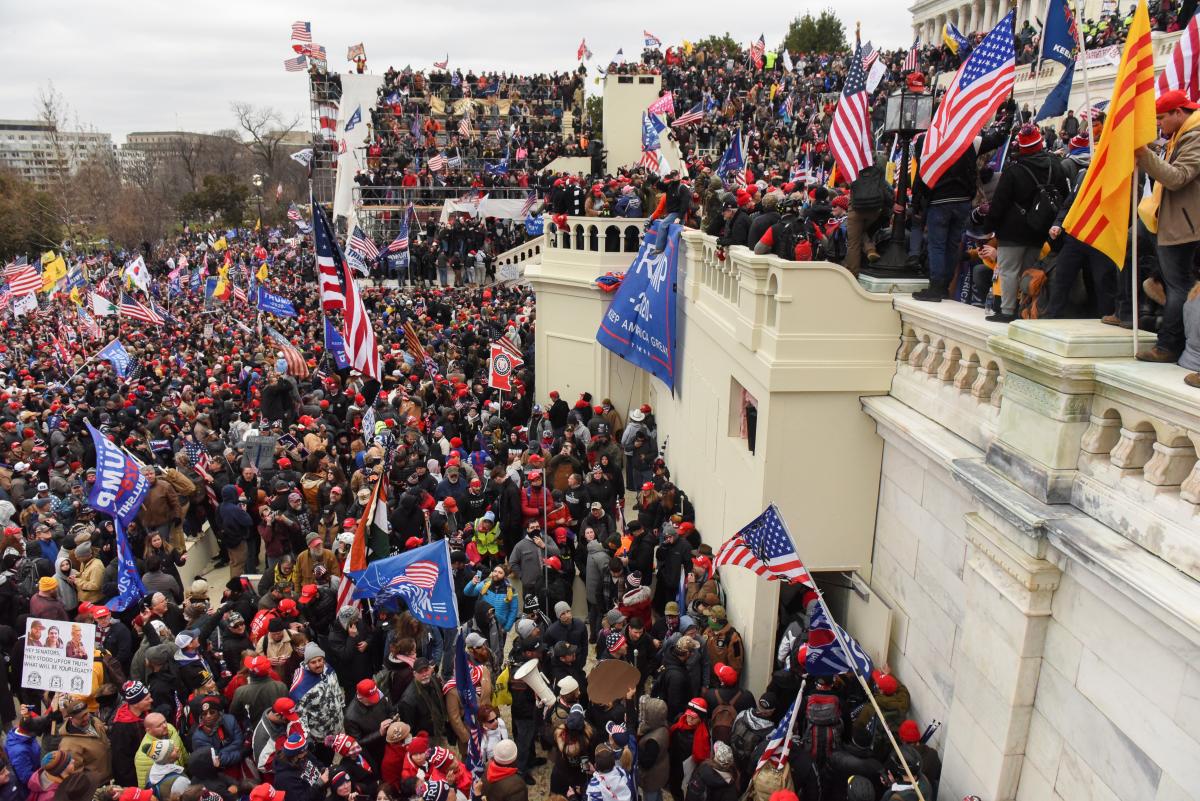 Four people died during violent pro-Trump protests at the U.S. Capitol, the Metropolitan Police Department said Wednesday night. One woman was shot inside the Capitol, and three others died after suffering "medical emergencies," police said.

A woman was shot by a plainclothes Capitol Police officer after breaching the Capitol and attempting to enter the House chamber, according to acting Metropolitan Police Chief Robert Contee. She was transported to a local hospital where she was later pronounced dead, Contee said, as per CBS News.

The shooting is being investigated by MPD's internal affairs unit, which is responsible for investigating all officer-involved deaths in Washington, D.C., even those involving other agencies.

In addition to the shooting, one woman and two men died "around the Capitol grounds" after suffering "separate medical emergencies," Contee said.

The shooting occurred after violent supporters of President Trump breached the U.S. Capitol as a joint session of Congress to count the electoral votes and affirm President-elect Joe Biden's win was underway.

The Capitol complex was locked down and lawmakers were evacuated, halting the count after only two states had been completed.

Troops from the Virginia, Maryland and Washington, D.C. National Guard were deployed to help quell the violence.

At least 14 members of the Metropolitan Police Department were injured, including one officer who was dragged into the crowd. Six firearms and two pipe bombs were recovered, as was a cooler of molotov cocktails.

Several hours after the initial breach, law enforcement announced the Capitol had been secured. Fifty-two people have been arrested as of Wednesday night, police said.

Meanwhile, Washington D.C. Mayor Muriel Bowser has extended the public emergency she declared on Wednesday for the next 15 days after pro-Trump rioters breached the Capitol building and protested around the city., according to The Hill.

"Today, First Amendment protests turned violent. Many persons came to the District armed and for the purpose of engaging in violence and destruction and have engaged in violence and destruction. They have fired chemical irritants, bricks, bottles, and guns," Bowser's order states. "They have breached the security of the Capitol and their destructive and riotous behavior has the potential to spread beyond the Capitol.

"Their motivation is ongoing. Today, they sought to disrupt the Congressional proceedings relating to the acceptance of electoral college votes."

I have issued Mayor’s Order 2021-003, extending the public emergency declared earlier today for a total of 15 days, until and unless provided for by further Mayoral Order.

The new order from the mayor's office did not specify if the curfew would remain in place, but did allow for people to be directed off the streets if a curfew is established.

If you see a spelling error on our site, select it and press Ctrl+Enter
Tags:USATrumpprotestsWashingtonBiden