Within the Obama White House, Blinken played an influential role in the imposition of sanctions against Russia over the 2014 invasion of Crimea and eastern Ukraine, and subsequently led ultimately unsuccessful calls for the U.S. to arm Ukraine. 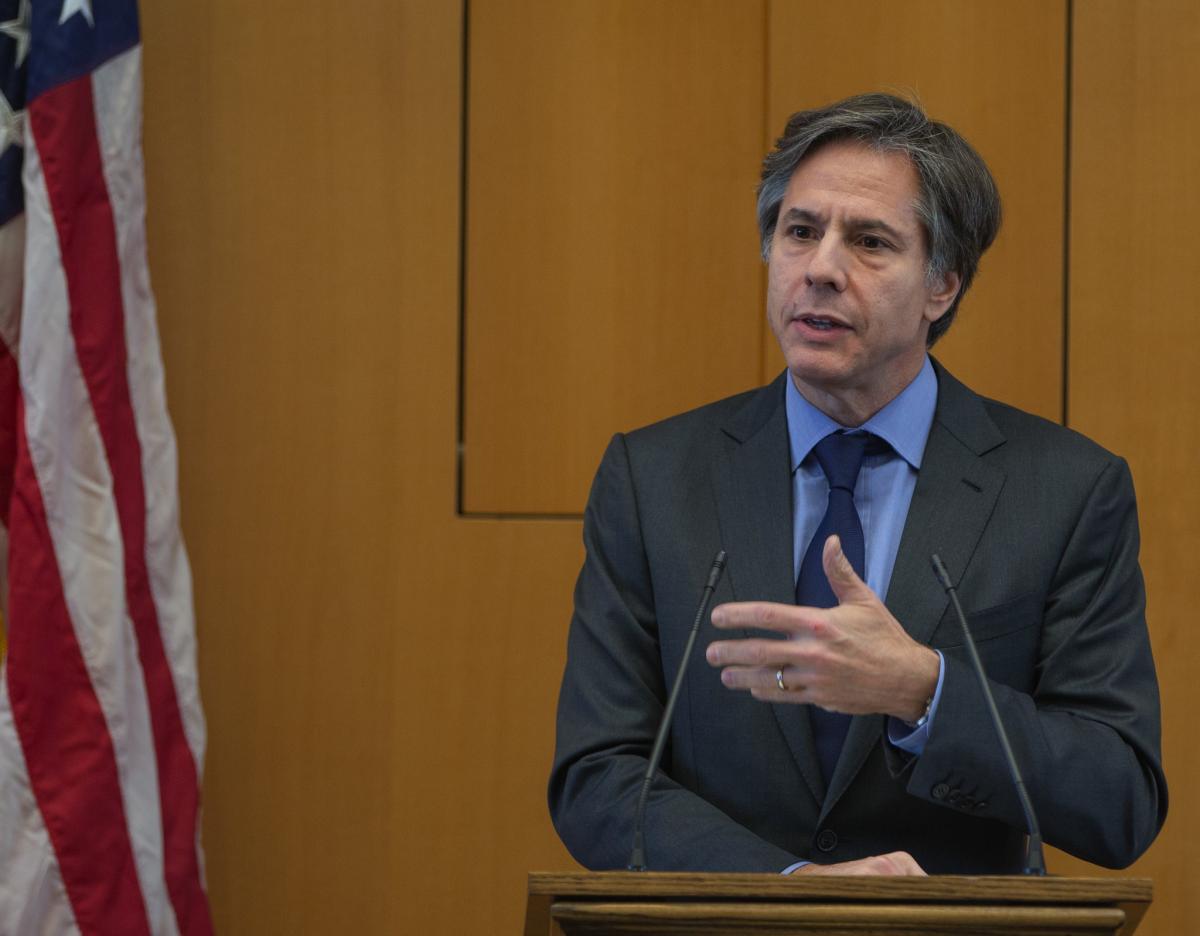 As he prepares to take office in January 2021, U.S. President-elect Joe Biden has nominated longtime ally and advisor Antony Blinken as his pick for Secretary of State. The decision was greeted with cautious optimism in Kyiv, where Blinken is seen as a supporter of Ukraine's struggle against Russian aggression and someone who has a deep understanding of post-Soviet geopolitical realities.

Much of this Ukrainian enthusiasm is due to Blinken's prior record during the Obama administration, where he served as a national security advisor to both President Obama and Vice President Biden before becoming Deputy Secretary of State. Within the Obama White House, Blinken played an influential role in the imposition of sanctions against Russia over the 2014 invasion of Crimea and eastern Ukraine, and subsequently led ultimately unsuccessful calls for the U.S. to arm Ukraine, as reported by the Atlantic Council.

Read alsoBiden discuses Ukraine issue with EU leadersBlinken's strong ties and long association with Biden mean his foreign policy is expected to be closely in line with the president's own vision. Indeed, according to one former State Department official quoted by CNN, "it's difficult to know where one person's policy vision ends and the other's begins."

"Blinken will implement and refine Biden's vision. The Biden administration will provide major support for Ukraine as it withstands Kremlin aggression. This support will include military supplies and lethal weapons. It is worth recalling that Biden supported sending Javelins to Ukraine during the Obama administration," Director of the Atlantic Council's Eurasia Center and former U.S. ambassador to Ukraine John E. Herbst said.

Herbst said the Biden administration will also encourage reform in Ukraine with economic aid set to be linked to serious reform steps. Biden himself took on this task as Vice President. According to Herbst, Blinken and other subordinates will play this role during the Biden presidency. Blinken will also implement a Biden policy of pushing back hard against Kremlin provocations, not only in Ukraine, but elsewhere. An important part of this will be strengthening NATO and pursuing closer relations with the EU and key European states.

"This cooperation will mean more effective sanctions and other steps to limit and deter Kremlin aggression," he said.

Read alsoBiden decides on pick for secretary of State – mediaIn turn, Weiser Family Distinguished Fellow and former U.S. Ambassador to Poland Daniel Fried said the Biden administration will view Ukraine not as Trump did, from the strange perspective of his personal political fortunes, but from the perspective of U.S. interests.

This means support for a successful, sovereign, democratic, and prospering Ukraine drawing closer to the West. Like Biden, Tony Blinken knows Ukraine. Both regarded the Revolution of Dignity with respect. Both supported the sanctions that the Obama administration imposed after Putin's 2014 invasion of Ukraine.

"Indeed, without Blinken's support, there might have been no sanctions; as Deputy National Security Advisor, he gave me the backing I needed (as Sanctions Coordinator at the State Department) to negotiate those sanctions with the Europeans. Biden and Blinken also know Vladimir Putin and will not regard him with the cloying affection Trump displayed. They will, I suspect, push for a diplomatic solution that gets the Russians out of Donbas first and then Crimea," Fried said.

He added both also understand that Ukraine will not succeed without transformation at home. The iron ring of corruption and oligarchic control (through which Putin seeks to dominate Ukraine) can damage the country's future just as much as direct Russian pressure. Biden and Blinken will push Ukraine's leaders to step up and deliver on better, cleaner governance that serves Ukraine's people and provides the necessary foundation for the country's European future.

Read alsoBiden discusses situation in Ukraine with leaders of France, UKDeputy Director of the Atlantic Council's Eurasia Center Melinda Haring said Tony Blinken is a consummate professional who understands that Vladimir Putin is a "punk and menace to the world order."

"Blinken is absolutely committed to ensuring that Ukraine finally becomes a member of the Euro-Atlantic community and eventually joins NATO. But he's not a softie. Don't expect him to give Ukraine a pass. Guided by a strong Ukraine bench, the United States will hold Zelensky's feet to the fire and insist the country deal with domestic corruption and reform its courts before receiving massive foreign aid," she said.

If you see a spelling error on our site, select it and press Ctrl+Enter
Tags:UkraineUSARussianAggressionBidensecretariatAntony Blinken