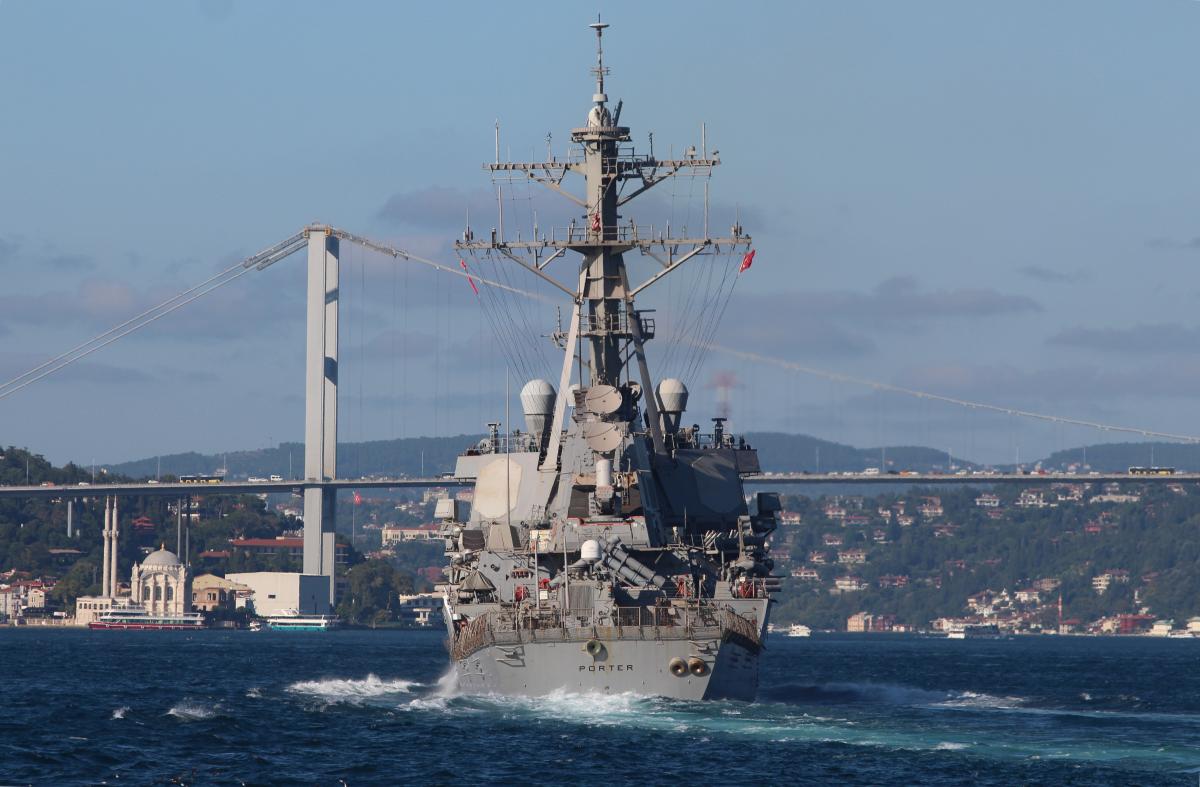 This is the third time a U.S. Navy ship has conducted operations in the Black Sea in 2020 and the second time for Porter, which visited the Black Sea in April. While in the Black Sea, and with the support of partners and allies, Porter will remain safely at sea, focusing on operational requirements and executing national tasking during the COVID-19 response, the U.S. Embassy in Ukraine reported.

"Porter's presence in the Black Sea is crucial to building a secure maritime environment and ensuring freedom of navigation," said Cmdr. Craig Trent, commanding officer of Porter. "Porter and her crew look forward to operating in the Black Sea alongside our allies and partners in support of mutual maritime interests in the region."

"The ship's operations in the Black Sea will strengthen interoperability with NATO allies and partners and demonstrate the collective resolve to Black Sea security," the report reads.

Porter, forward-deployed to Naval Station Rota, Spain, is conducting naval operations in the U.S. 6th Fleet area of operations in support of U.S. national security interests in Europe. The U.S. Navy routinely operates in the Black Sea consistent with international law, including the Montreux Convention.

If you see a spelling error on our site, select it and press Ctrl+Enter
Tags:NATOUSAsecurityNavyBlackSea