A KSC pretrial judge is currently reviewing the indictment to decide on whether to confirm the charges. 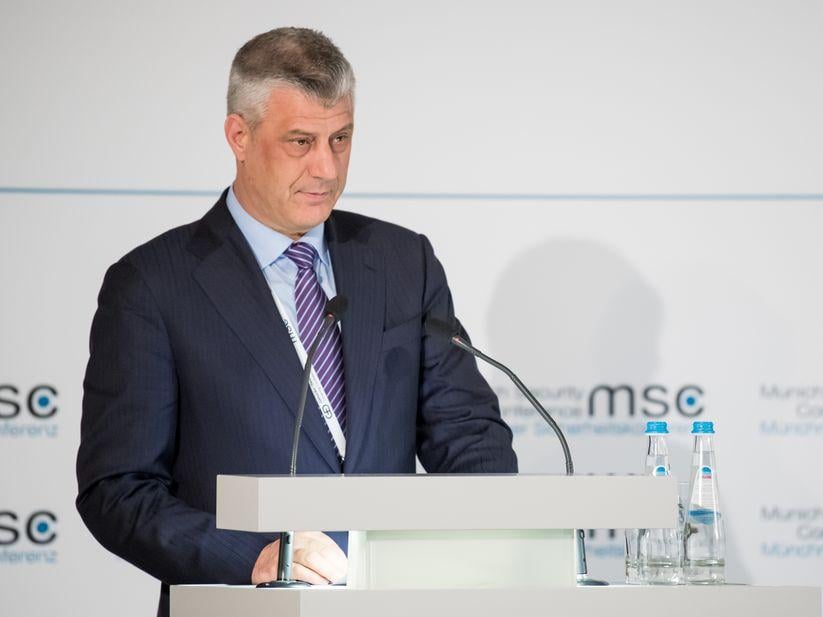 Thaci was a commander of the Kosovo Liberation Army / Photo from securityconference.org

A prosecutor in The Hague has indicted Kosovar President Hashim Thaci, former parliamentary chairman Kadri Veseli, and "others" for war crimes and crimes against humanity allegedly committed during or after the 1998-1999 Kosovo conflict.

The Specialist Prosecutor's Office (SPO) said in a statement on June 24 that the suspects "are criminally responsible for nearly 100 murders," as well as the "enforced disappearance of persons, persecution, and torture," Radio Free Europe/Radio Liberty (RFE/RL) reported.

The alleged crimes involved "hundreds of known victims of Kosovo Albanian, Serb, Roma, and other ethnicities and include political opponents," according to the SPO.

Thaci and Veseli were commanders of the Kosovo Liberation Army (UCK), an ethnic Albanian guerrilla group that fought against Belgrade's security forces in the 1998-99 war.

Veseli currently leads the Democratic Party of Kosovo (PDK) and serves as a lawmaker.

Both men have previously denied involvement in any war crimes.

After the SPO's announcement, Thaci's office said he had cut short a trip to the United States and would be back to Kosovo on June 25.

The Kosovar president was scheduled to meet with Serbian President Aleksandar Vucic at the White House on June 27 for talks aimed at leading to a normalization of relations.

A 10-count indictment was filed with the Kosovo Specialist Chambers (KSC) in The Hague on April 24, but the prosecutor decided to unveil them publicly two months later.

Prosecutors said the charges resulted from a "lengthy investigation" and they were confident they can prove "all charges beyond a reasonable doubt."

A KSC pretrial judge is currently reviewing the indictment to decide on whether to confirm the charges.

The prosecutor also accused Thaci and Veseli of repeated efforts "to obstruct and undermine the work" of the tribunal.

The two men "are believed to have carried out a secret campaign to overturn the law creating the Court and otherwise obstruct the work of the Court in an attempt to ensure that they do not face justice," the statement said.

"By taking these actions, Mr. Thaci and Mr. Veseli have put their personal interests ahead of the victims of their crimes, the rule of law, and all people of Kosovo," it added.

Kosovo was part of Serbia until an armed uprising by the ethnic Albanian majority population in 1998-99 triggered a Serbian crackdown.

The conflict ended following a 78-day NATO bombing campaign to force Serbian troops out of Kosovo.

If you see a spelling error on our site, select it and press Ctrl+Enter
Tags:wartrialpresidentprosecutorswarcrimesTheHagueKosovo