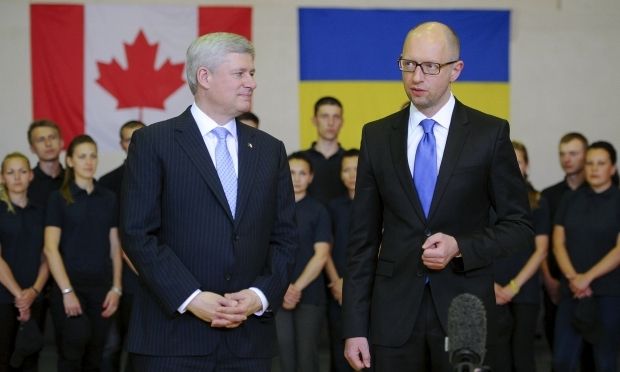 "We have agreed with the Prime Minister of Canada that we're holding talks on a free trade zone with Canada. I hope the talks should be completed in the next three months. I do not want to run ahead, but we are now in a good phase of the negotiations. This is mutual investment from Canada in Ukraine and Ukrainian goods access to the Canadian market," Yatsenyuk said after a meeting with his Canadian counterpart Stephen Harper in Kyiv on Saturday.

As UNIAN reported earlier, the Ukrainian government approved an action plan in December 2014, under which Ukraine plans to conclude agreements on a free trade zone with Canada, Turkey, Israel, African countries and a number of the Balkan states.

What is more, a comprehensive free trade zone between Ukraine and the European Union should start working as of January 1, 2016.