Ukraine and Japan have signed an agreement on a loan worth 108 billion yen, an equivalent of UAH 18.3 billion, for the modernization of Bortnychi sewage aeration station outside Kyiv, according to an UNIAN correspondent. 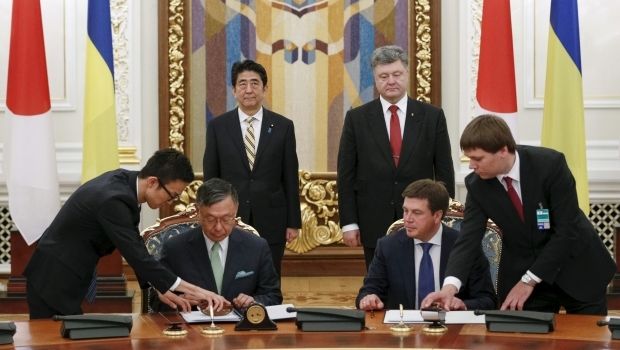 The document was signed in Kyiv on Saturday in the presence of Ukrainian President Petro Poroshenko and Prime Minister of Japan Shinzō Abe.

"A positive example of cooperation in attracting technology, experience and credit resources of Japan for the implementation of infrastructure projects in Ukraine is continued implementation of projects within the Official Development Assistance. Recently, the intergovernmental agreement has been concluded to launch the project on modernization of Bortnychi aeration plant in Kyiv at the cost of the Japanese Government's soft loan in the amount of $1.1 billion. It is extremely important for the solution of environmental and social problems," Poroshenko announced in a press statement after negotiations with the Japanese prime minister.