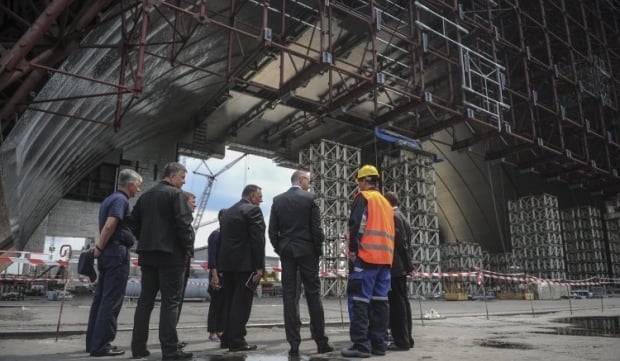 "The goal of today's visit of [our] delegation is to get prepared for the donor conference, which will take place in London on [July] 16," Yatsenyuk said.

He also said that Ukraine would allocate UAH 135 million, or $6.15 million at the official forex rate as of July 9, for the Chornobyl NPP.

"The parliament should pass a bill on the additional financing of Chornobyl NPP. The point at issue is UAH 135 million," he added.

As UNIAN reported earlier, the G7 member countries agreed in 1997 to set up the Chornobyl Shelter Fund to help Ukraine build a new containment shelter over the ruins of the Chornobyl NPP's fourth reactor.

Then in the summer of 2014 the Assembly of Contributors to the Chornobyl Shelter Fund decided to increase the additional contribution by the donor countries to EUR 650 million to ensure the successful completion of the NSC construction, which is designed to make the Chornobyl nuclear power plant a safe and environmentally stable facility.