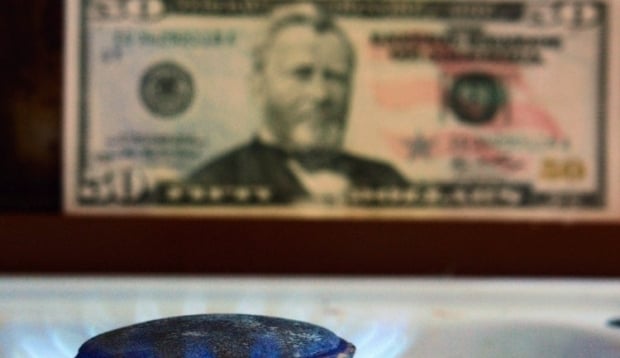 Significant reduction in Ukraine’s consumption of Russian “blue fuel” due to increasing purchases of reverse flow gas from the European Union Russian resulted in Russia’s gas monopoly Gazprom earning $2.5 billion less in January-August of this year, according to the report.

"For the first eight months of 2015, gas imports from Russia fell by almost three times - from 14bcm to 3.8bcm. In monetary terms, the losses of Gazprom on the Ukrainian market are estimated at $2.5 billion," said Nadein.

According to the official, this year Ukraine has saved nearly $1 billion on gas purchases. Two factors have contributed to this: reduction of gas prices and the decline in its imports. Purchases in January-August fell by 3.3bcm compared to the same period of last year.

The expert noted that last year, the structure of gas imports to Ukraine has changed dramatically. Thus, Ukraine purchases two-thirds of natural gas in the EU, mainly in Slovakia, while in the summer of 2014, about 90% of gas was supplied from Russia.

"However, it is too early to talk about a great victory on the gas front. The new heating season is coming, and we are not prepared yet – we have yet to pump nearly 3-4bcm of gas in our underground storage facilities," said Nadein.

He also said that Ukraine had spent $5.7 billion on gas purchases in 2014.

"Our goal is to reduce that amout each year, and in five to seven years, these expenditures should amount to zero, or at least they should be insignificant," Nadein said.

In his opinion, the best solution would be for the authorities to allocate part of the funds, planned for purchasing imported gas, for its substitution and energy efficiency.

"Thus, we will improve our balance of payments, reduce pressure on the hryvnia exchange rate and stimulate domestic production. $5-6 billion a year – this is the price of mismanagement and inefficient use of energy resources," the expert said.

As UNIAN reported earlier, Ukraine has suspended gas imports from Russia on July 1, 2015. Meanwhile, Kyiv expects to receive funds from international financial institutions in October for the purchase of natural gas to pump it into the underground storage facilities in the amount necessary for the upcoming heating season.

According to Prime Minister Arseniy Yatsenyuk, Ukraine must increase the volume of gas in its underground storage facilities to 19bcm before the start of the heating season in order to ensure uninterrupted transit of Russian gas to the EU.